Phnom Penh (FN), Sep. 12 – Cambodian prime minister Hun Sen emphasized that “national ownership” is the key to success and sustained peace, addressing at the 7th World Rally of Hope: Think-Tank 2022, under the theme “Peace in the Asia-Pacific”, held Sunday via video conference.

The premier stated that present, one geo-political event in the region that has attracted a great deal of international attentions is the withdrawal of US troops from Afghanistan and the total take-over of Kabul by the Taliban. This event is a grim and bitter reminder of what happened in Cambodia on April 17, 1975, when the Khmer Rouge took over Phnom Penh which was marked with utmost grief. That Cambodia and the Cambodian people remember the tragedy and are determined to preventing such a similar event from happening again.

“Learning from the practical experiences unfolding from the political development in Afghanistan and elsewhere, we vividly understand that peace and nation-building can only be achieved by local stakeholders in the conflicting-country. Other countries cannot perform the roles of those stakeholders in achieving these objectives”, the premier underlined.

“In this regard, I would like to emphasize that [national ownership] is the key to success and sustained peace. In other words, other countries cannot transplant political value and system upon any country, as these fundamentals need to be indigenously developed corresponding to the political, economic, social and cultural contexts of each individual country,” he added.

“In fact, Cambodia is an example of a model for others to draw experiences from. Our full peace has been built from the participation of all relevant parties in the country. I would like to emphasize that in the early 1990s, Cambodia could not achieve the full peace even after the international community spent about USD 2 billion.”

Samdech continued that: “The war prolonged until December 1998, when Cambodia was able to achieve the full peace after the implementation of the Win-Win policy to find a political solution among ourselves. In this regard, I re-emphasize that we must have [national ownership] in peace-building and nation building in the post-conflict period.”
=FRESH NEWS 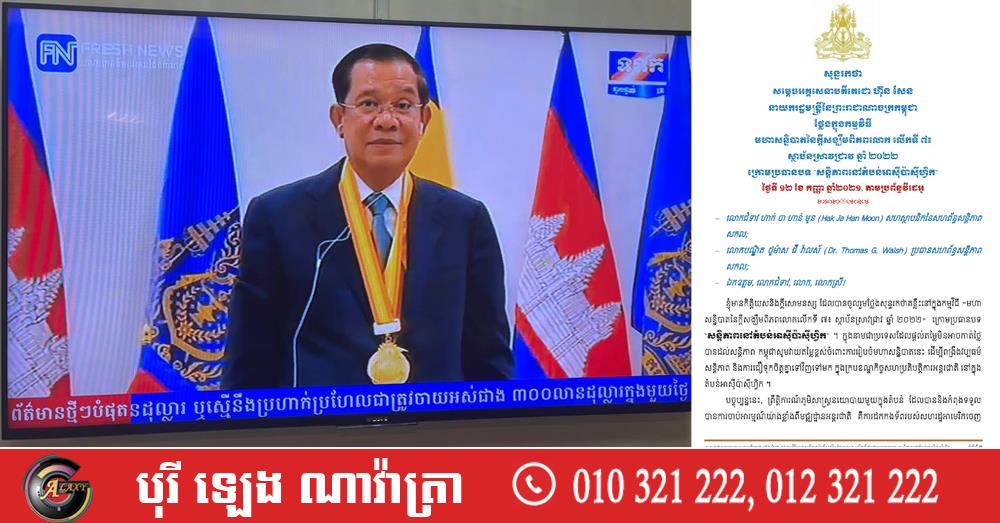 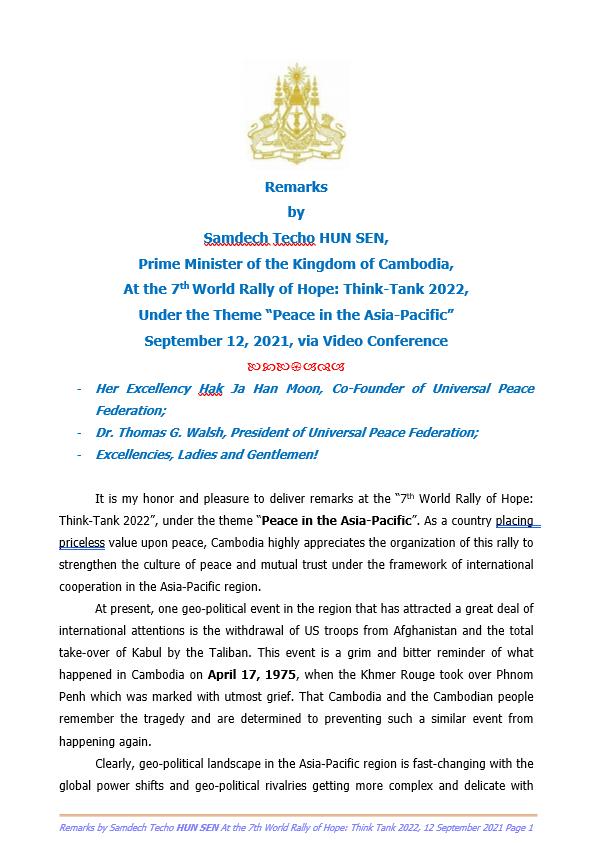 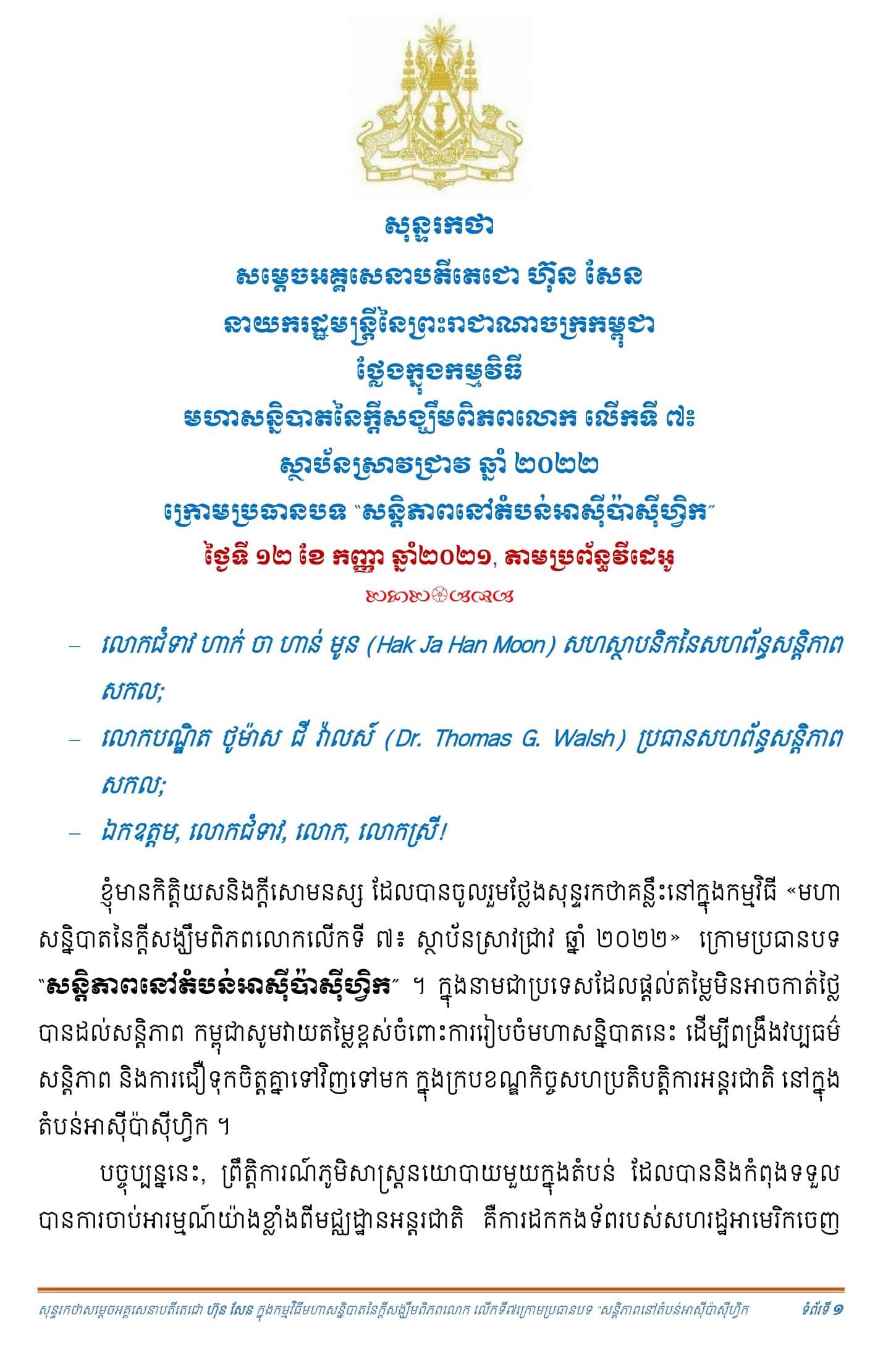