Phnom Penh (FN), Sep. 20 – Cambodian Ministry of the Royal Palace has reacted to various articles published in French newspapers related to a crown prince of Cambodia who intended to purchase a Football Team AS Saint Etienne of France in the amount of 100 million euros, according to a statement dated Monday.

“Referring to the National Constitution of the Kingdom of Cambodia and the Law on the Organization and Functioning of the Crown Council of the Kingdom of Cambodia, the Ministry of the Royal Palace reaffirms that there is no Article stated on the appointment of the crown prince and there is neither national institution nor anyone who has the priority right to designate the crown prince.”
=FRESH NEWS 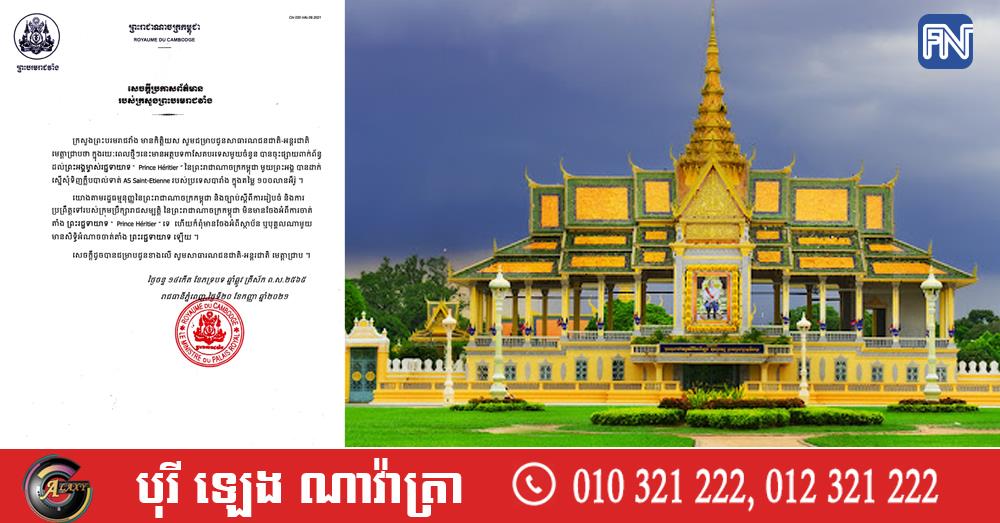 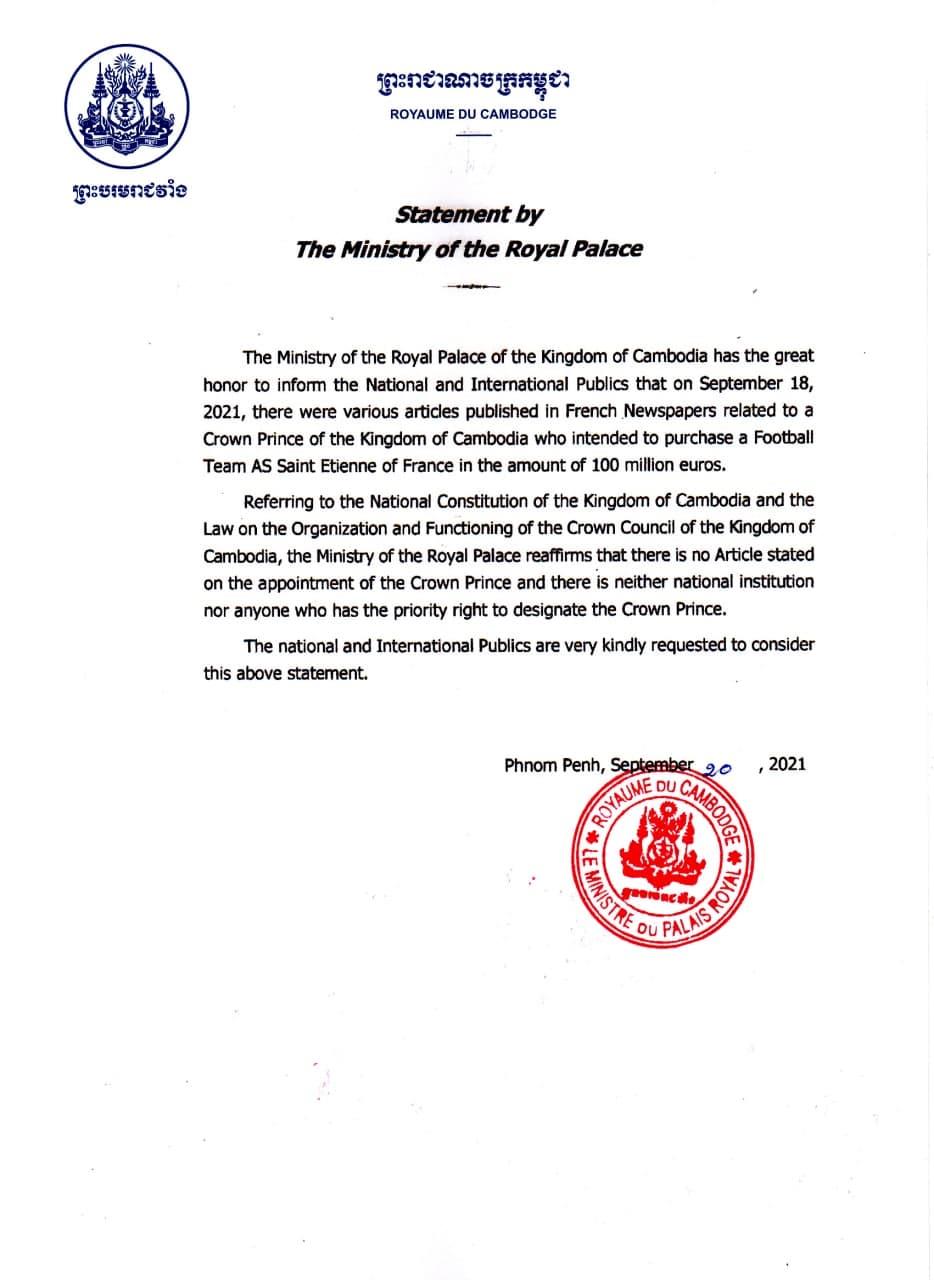