Ambassador to Cambodia: China Strongly Opposes the Use of Force to Interfere One’s Internal Affairs

Phnom Penh (FN), Nov. 23 – Chinese ambassador to Cambodia Wang Wentian said that China strongly opposed the use of force, particularly human rights issues as an excuse to interfere in internal affairs, violating the sovereignty and independence other countries.

The ambassador spoke at the handover ceremony of donation of medical equipment from the Chinese Defense Ministry to the Cambodian side on Tuesday at the Phnom Penh International Airport.

Ambassador Wang Wentian said the Cambodian and Chinese armies continue to support each other, overcome all obstacles, and enhance the military capacity in order to defend national security, protect sovereignty and serve the people.

“The Chinese People's Liberation Army (PLA) will continue to work with the Royal Cambodian Armed Forces (RCAF) to strictly implement the consensus strategy set by the leaders to promote practical cooperation between the two militaries and enhance the two countries' comprehensive strategic partnership as well as make a greater contribution to promoting the interests of the people of China and Cambodia,” the ambassador said.

Ambassador Wang recalled that Cambodian defense minister Tea Banh had visited the Chinese Embassy in Cambodia to hand over equipment to fight against COVID19 to the Chinese Ministry of National Defense. In return, the Chinese military has not only sent medical experts to Cambodia, but also vaccines and medical equipment.
=FRESH NEWS 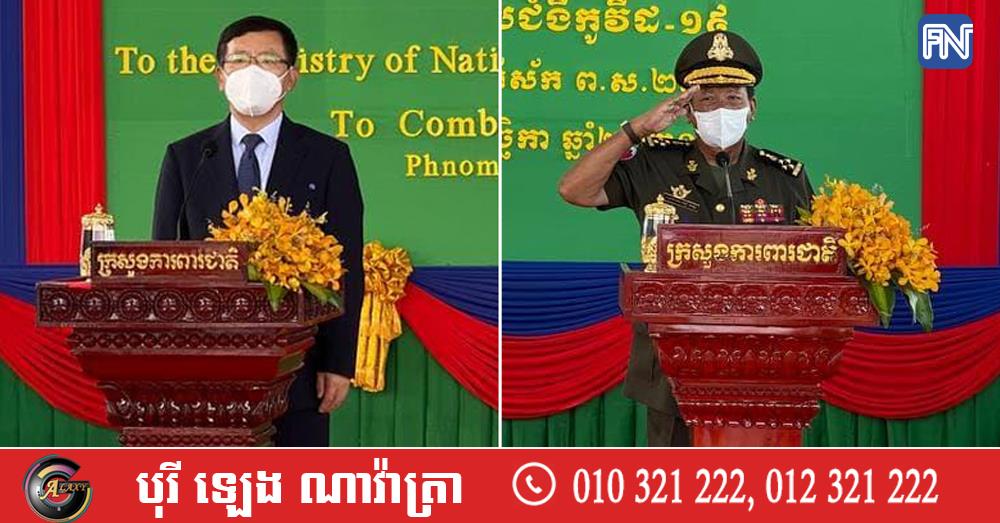