The premier spoke at the inauguration ceremony of National Road No. 5 improvement project on Monday

“The first mechanism is that Myanmar welcomes ASEAN’s special envoy to Myanmar to discuss ceasefire with all Ethnic Armed Organizations (EAOs), which is embodied in the ASEAN five-point consensus. The second one is about humanitarian relief, which requires a specific mechanism,” the premier said.

“In order to gain mutual trust from all parties, ASEAN should become a coordinator,” the premier underlined.

The absence of violence and armed forced in Myanmar will create a peaceful environment for constructive dialogue and national elections, which is set to hold in August 2023, the premier reiterated.

He continued that the Myanmar crisis will not be solved under Cambodia’s ASEAN chairmanship alone, it will last until the next ASEAN chairs.

Myanmar’s senior general Min Aung Hliang openly and publicly provides humanitarian relief to all parties, including his opponents, according to the premier.
=FRESH NEWS 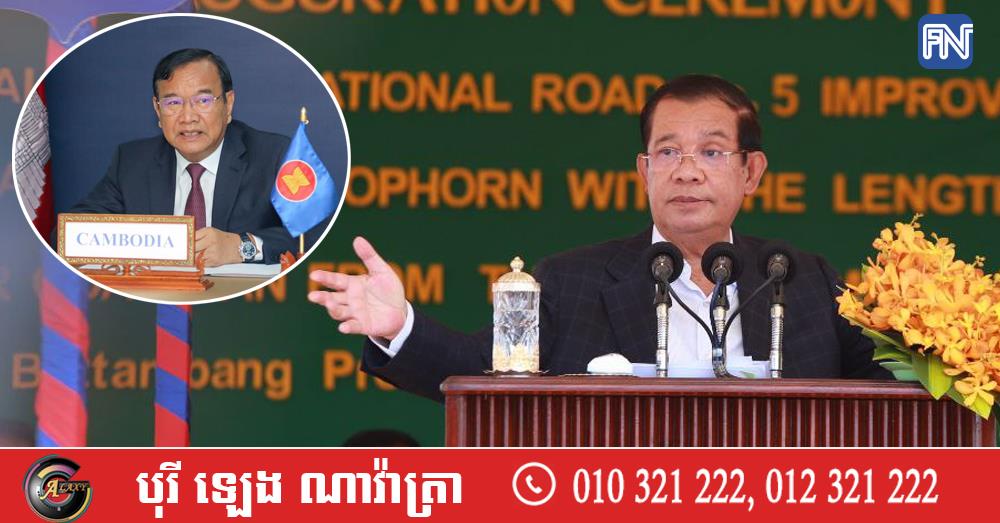