Phnom Penh (FN), Jan. 13 – A former youth activist of the court-dissolved CNRP Thy Sovantha, on Thursday, once again denied the accusation of convict Sam Rainsy, former opposition leader, over bribery to rebel against CNRP.

Thy Sovantha told Sam Rainsy to forget her as she already left the opposition party and would never want to support or become the party's successor.

"I would like to once again deny the accusation of the 400-page conversation and I have filed a complaint since 2016 on this case. Sam Rainsy’s repetitive false accusation reflects his limited political knowledge, lacks of wisdom and creativity to continue his political career," Thy Sovantha wrote on her Facebook.

She continued, "I appealed to Sam Rainsy to rather choose the right CNRP candidate than to attack me.”

Sam Rainsy was sued by premier Hun Sen on 18 January 2017 for public defamation under article 305 of the penal code after Sam Rainsy alleged that the premier bribed former CNRP activist Thy Sovantha USD 1 million to rebel against CNRP.
=FRESH NEWS 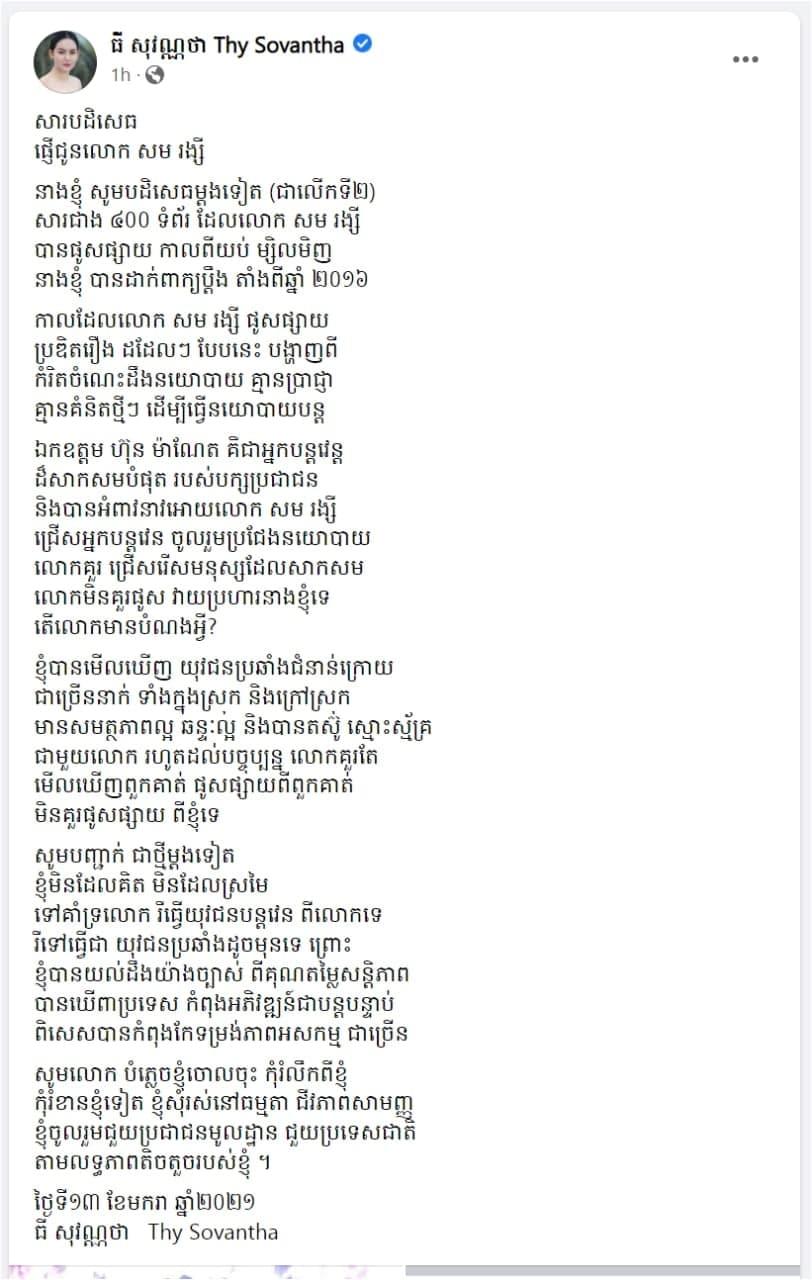 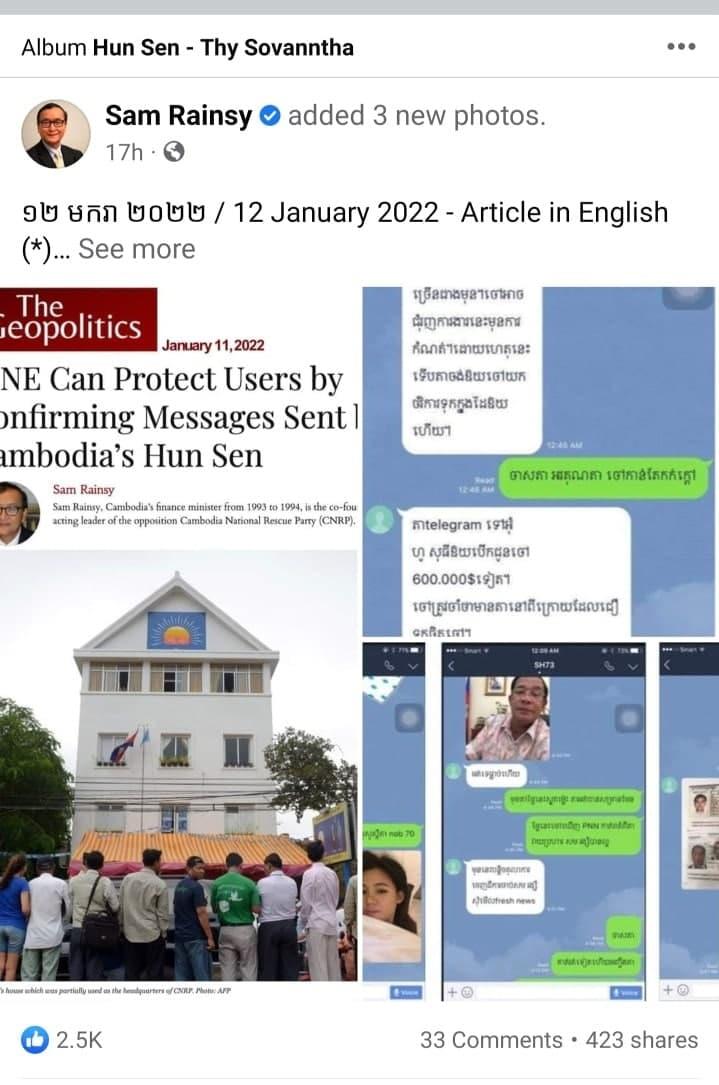