(PHNOM PENH): National and international circles have highly evaluated that the state visit made by Samdech Hun Sen, Cambodia’s Prime Minister and the current 2022 ASEAN Chair, to Myanmar, in which its government declared ceasefire until end of 2022, was of “huge diplomatic success” and was a move that “paved the way” for national reconciliation and laid a foundation for restoring the country’s peace, as well as strengthening ASEAN solidarity and Consensus and the Ten Nations Principles. It was a process of bringing Myanmar back to normal lives, as armed conflicts between the government and the Ethnic Armed Organizations (EAOs) had erupted following the coup d’état earlier in 2021.

The “fruitful” result from the two-day visit was a crucial response to a small number of circles who voiced their prejudice that the visit would “bear no fruit,” and some of Aung San Suu Kyi’s loyalty had protested against the presence of SPM and his delegates in the republic and even tried to hack SPM’s facebook’s page. Who are the “real beneficiaries” from the diplomatic visit to Myanmar and other efforts of the ASEAN Chair?

Some expat politicians, as well as a few Myanmar’s oppositions and ignorant groups, who liked wars and wanted to maintain their geopolitical interests, have underestimated the “diplomatic efforts” made by SPM Hun Sen, and whatsoever he did he had consulted with a number of ASEAN’s leaders. Cambodia gets “no interest” from its efforts to seek peaceful solution to Myanmar’s issue, but it was rather a responsibility and “sympathy” not to stand and see the ongoing casualties, both from the Myanmar’s ordinary people and military sides, the evacuations due to fighting and the hardship endured by the lack of food and medication.

If there were no agreement on the two main points - the ceasefire between the stakeholders and the delivery of humanitarian assistance to those in need - the Myanmar’s people would continue to see increasing casualties each day and the humanitarian crisis would endure with increasing number of people would become even more vulnerable. As the ASEAN Chair, Cambodia cannot remain “silent” and take no action, by allowing the crisis to continue to harm the lives of Myanmar’s people. Cambodia itself used to dwell in such “bitter” experience, and SPM Hun Sen, who is now trying to help Myanmar, was one of the main characters who had managed to “successfully drive his country out” of such situation, with “one hand managing to develop the country while being put under embargo” and “another hand baring the return of the Khmer Rouge genocide regime” who, at the time, following the collapse of the brutal regime on 7 January 1979, was still being backed to take Cambodia seat at the United Nations and was supported with weaponry to fight against the government.

In fact, the “real beneficiaries” from SPM Hun Sen’s first-phase diplomatic efforts, which can be called “Win-Win Diplomacy,” are as followed:
1- The Myanmar’s ordinary people, who, with Senior General Min Aung Hlaing’s ceasefire declaration until end of 2022, would enjoy assurance of safety and reduced harm to their lives, as well as ease of anger, revenge attempts and other unexpected tragedies among Myanmar’s people.
2- It opened a “new path” in the national reconciliation quest for all fractional races living in Myanmar, and if the fraction cannot be successfully managed, concerns that the country fell into civil war would be materialize and its aftermath tragic effects on human being and country’s infrastructure might be huge. The national integrity might be seriously jeopardized, and peace and development process might be hindered and Myanmar may continue to count more casualties of its own people every day. If the ceasefire was well respected and actively participated by all involved ethnic groups, it would be counted as “a huge success” for the human being.

3- It paved the way for humanitarian assistance activities - as materials were already arrived, delivery was not made possible due to some reasons, which saw humanitarian crisis pile even more pressure on political crisis and armed conflicts.

Accepting the truce, agreed cease of violence and humanitarian assistance, as well as the welcome of the 2022 ASEAN Chair’s special envoy, are new development being built on the foundation of the five-point Consensus, which had been laid down during the extraordinary meeting of ASEAN nations’ top leaders, held on 24 April 2021, in response to the political crisis in Myanmar. It is worthwhile to note that the five-point Consensus includes:
1- There shall be immediate cessation of violence in Myanmar and all parties shall exercise utmost restraint.
2- Constructive dialogue among all parties concerned shall commence to seek a peaceful solution in the interests of the people.
3- A special envoy of the ASEAN Chair shall facilitate mediation of the dialogue process, with the assistance of the Secretary-General of ASEAN.
4- ASEAN shall provide humanitarian assistance through the AHA Centre.
5- The special envoy and delegation shall visit Myanmar to meet with all parties concerned.
In seeking the solution on Myanmar issue, there would be more meetings, dialogues and other diplomatic affairs, despite the great success of current Chair Cambodia’s initial diplomatic effort in early 2022 seeing positive signs, yet the process still needs time, restraint and reality.

National and international circles were carefully monitoring the Myanmar situation, and the World has looked at SPM Hun Sen in his duty as a facilitator to seek solution to Myanmar’s issue, since he has been widely recognized as the founder of Cambodia’s peace and the creator of Win-Win Policy, which spelled an end to the three-decade-long chronic war in Cambodia.

With flexible diplomatic style and taking account of the common interest, security, stability, regional and world peace as his priority, coupled with rich experiences in gun and diplomatic battlefield, SPM Hun Sen was trusted as the one who could find solution to Myanmar’s issue, and the ASEAN Ten and Consensus Principles would be strengthened, the influence and solidarity of ASEAN would be maintained. What is more important is that the selection of cautious diplomatic strategy by Cambodia would see all fractions in Myanmar’s conflict come together to dialogue and respect the ceasefire initiated by the government. This shows the sincere will of Cambodia in helping the nation to end all of their conflicts, as Cambodia used to be victim of a three-decade-long civil war itself and knew clearly how bitterly tragic the civil war and its effect could cost Cambodia and restoration might cost a lot of time. Cambodia faithfully wished to see Myanmar’s people avoid the bitter tragedy Cambodia used to experience.

As the ASEAN Chair, Cambodia has well fulfilled its duty with high responsibility in helping the ASEAN family, and if Myanmar fell into civil war crisis as everyone was concerning, it would have a negative impact on the ASEAN as a whole, spelling a bad image and integrity of the ASEAN. Hence, Cambodia’s top diplomat said that “Helping Myanmar is like helping ASEAN; as the Chair, we must be highly responsible to our duty as the ASEAN Chair.” SPM Hun Sen’s Win-Win Policy, which was taking its step by step, was hugely welcome and congratulated by Cambodian people, who show they are so proud to have SPM Hun Sen, the creator of Win-Win Policy, as their leader, while was also welcome by many ASEAN’s top diplomats. SPM Hun Sen’s visit to Myanmar also silenced the country’s opposition, as they had predicted his visit was totally wrong, and insulting posts on their group’s facebook pages were dramatically subsided in number. At the other end, the commentary in support and congratulate SPM Hun Sen’s diplomatic success was aired and shared multiple times through media outlets and social networks. It shows solidarity and encouragement to promote Cambodia’s top leader’s sincere will in seeking solution to the Myanmar’s issue.

SPM Hun Sen said that “I paid a visit to Myanmar in a bid to take part in an effort to drive the country away from violence and civil war through ceasefire, and to avoid humanitarian crisis by delivering the assistance to those in need without discrimination. ASEAN and donor partners who wished to join, as well as the Myanmar itself, have a lot of work to do to make the ceasefire and the delivery of the assistance effective. Those who are against the ceasefire are those who wish to see more casualties from the war. Those who are against the delivery of humanitarian assistance are those who wish to see more people die of starvation and lack of medication and vaccination against COVID-19 pandemic.” 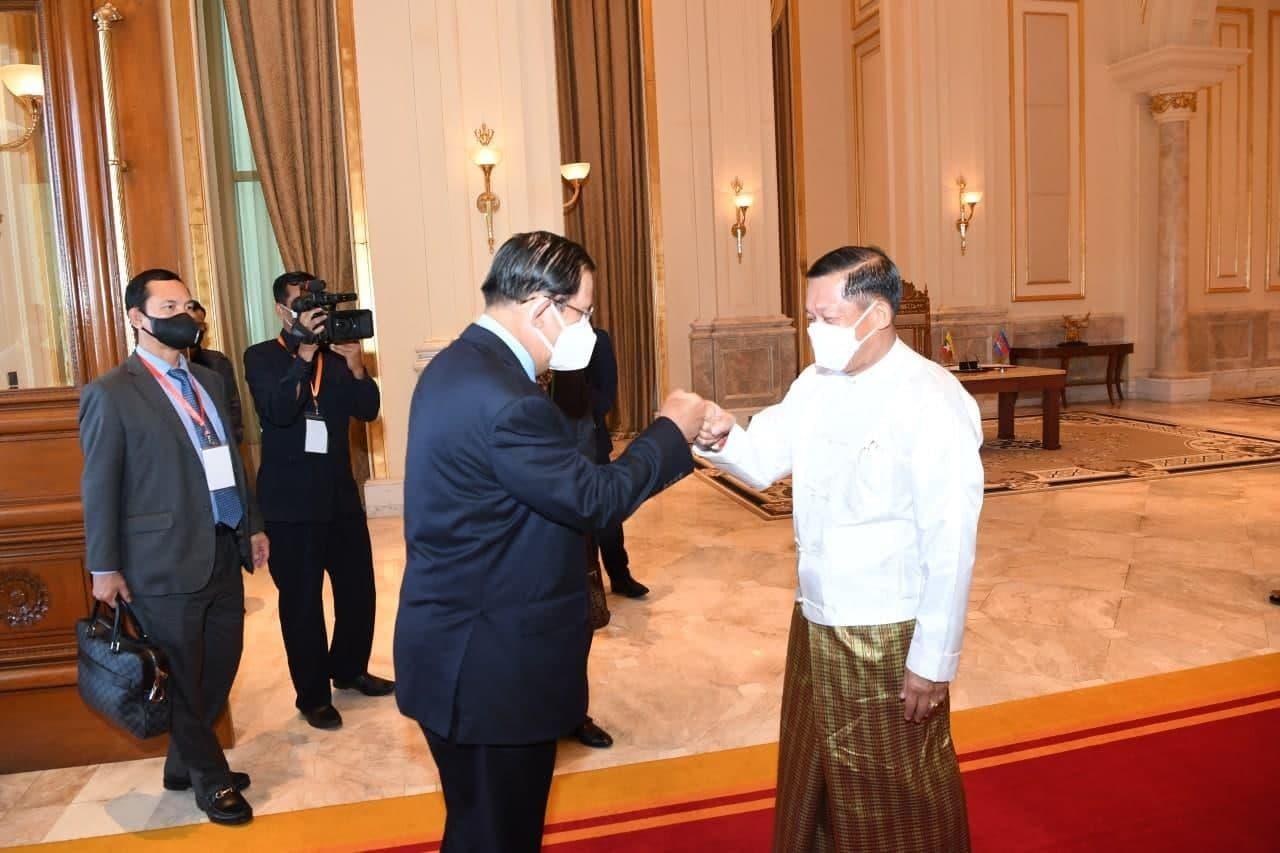 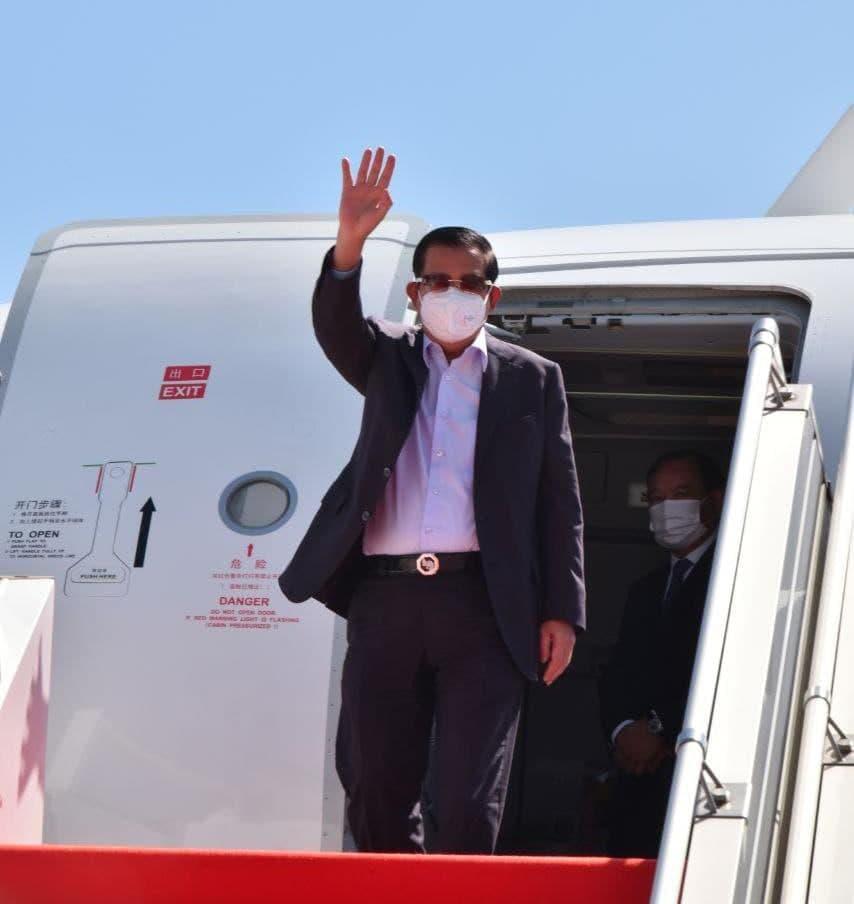 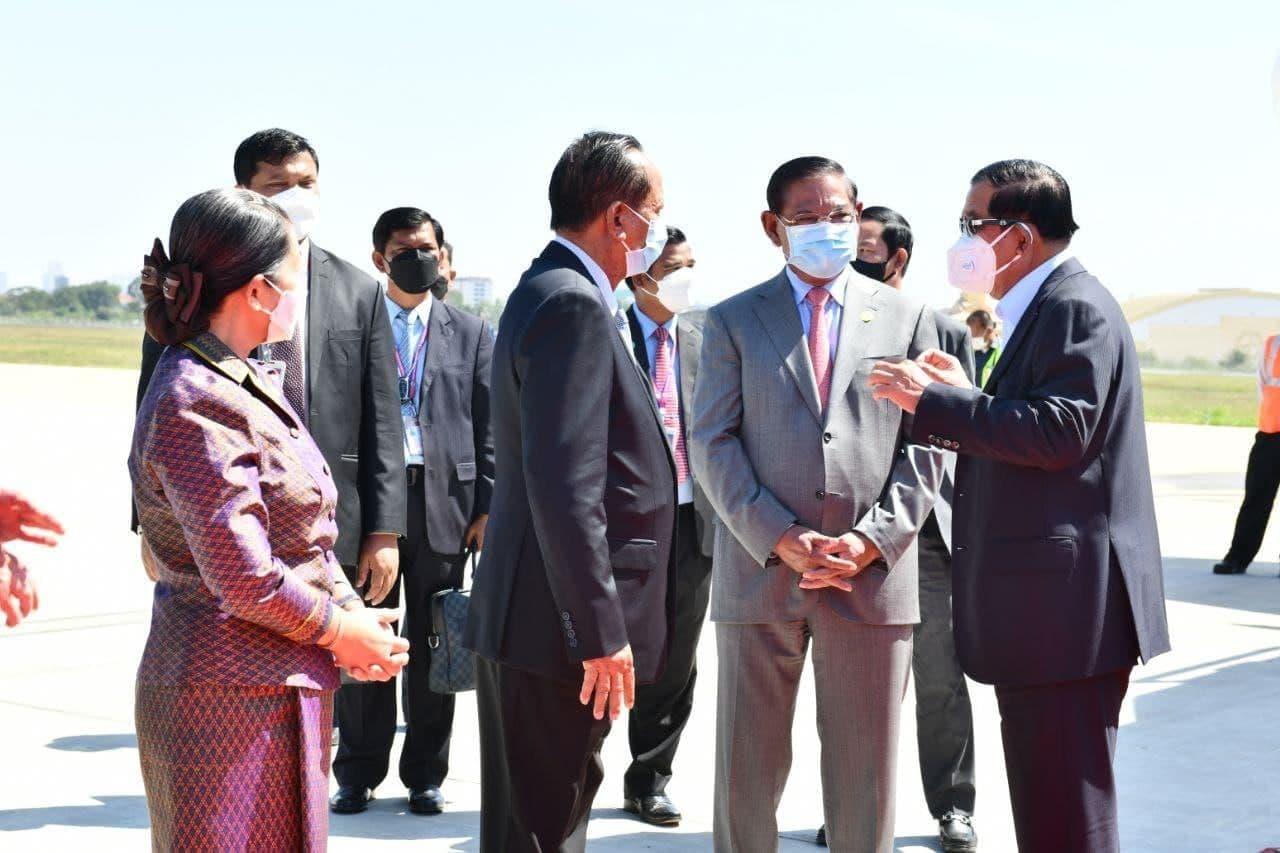 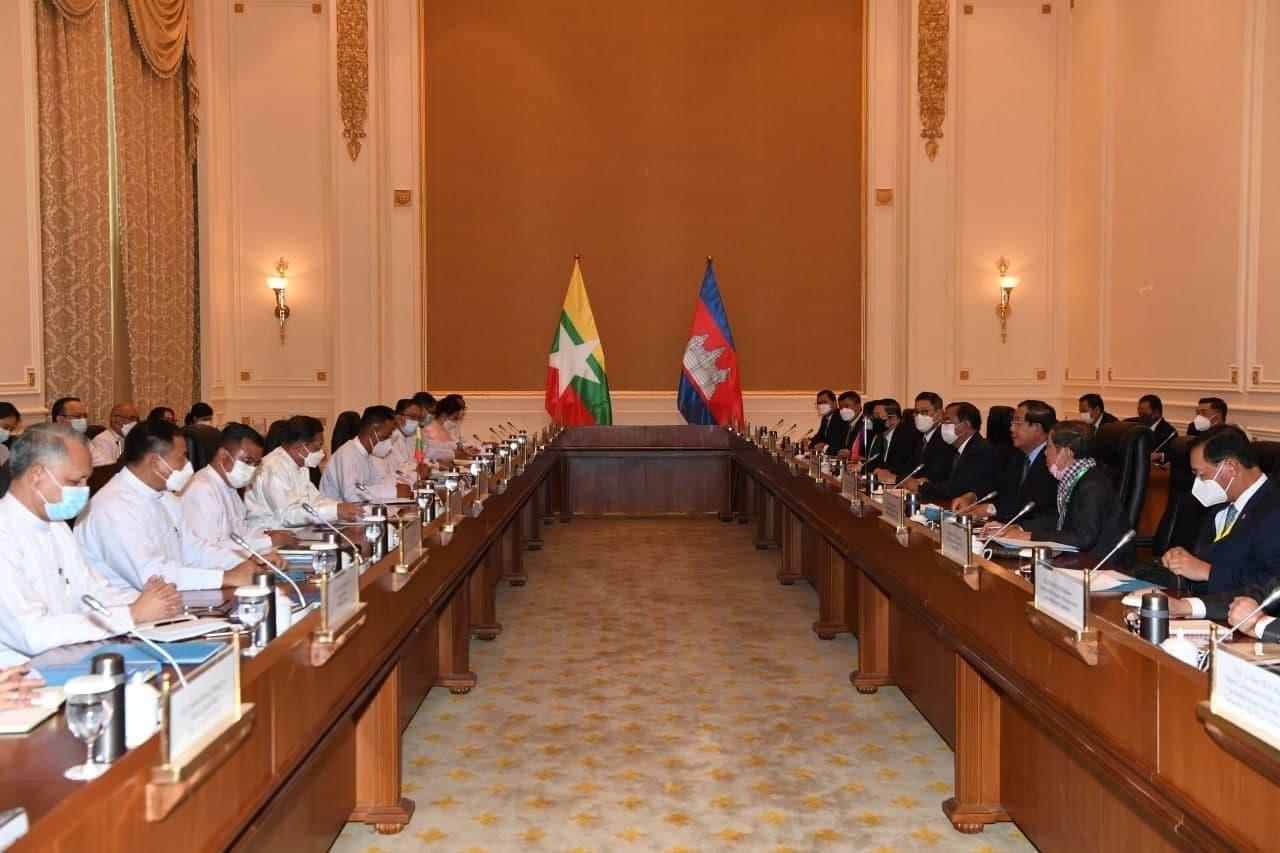