"I am extremely saddened learn about the demise of Kaifu Toshiki, former prime minister of Japan. On behalf of the Royal Government and people of Cambodia, I would like to express my deepest condolences to your excellency and through you to the Japanese people and the bereaved family on this great loss," according to the condolence letter seen by Fresh News on Friday.

"Former prime minister Kaifu was an outstanding Japanese statesman, who will always be remembered for his instrumental role in promoting peace, stability and development in the region and beyond, and particularly for his contribution to the peace process in Cambodia, which led to the Paris Peace Agreements in 1991."
=FRESH NEWS 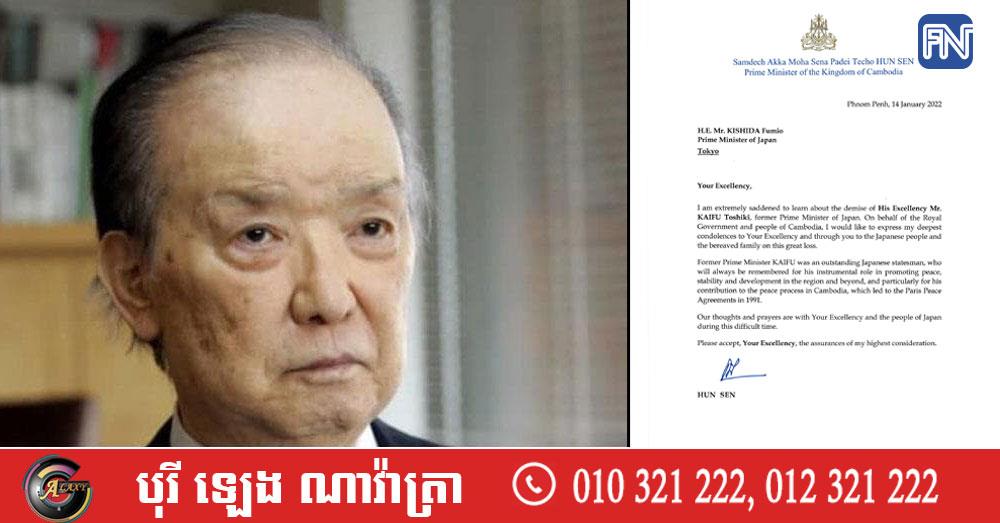 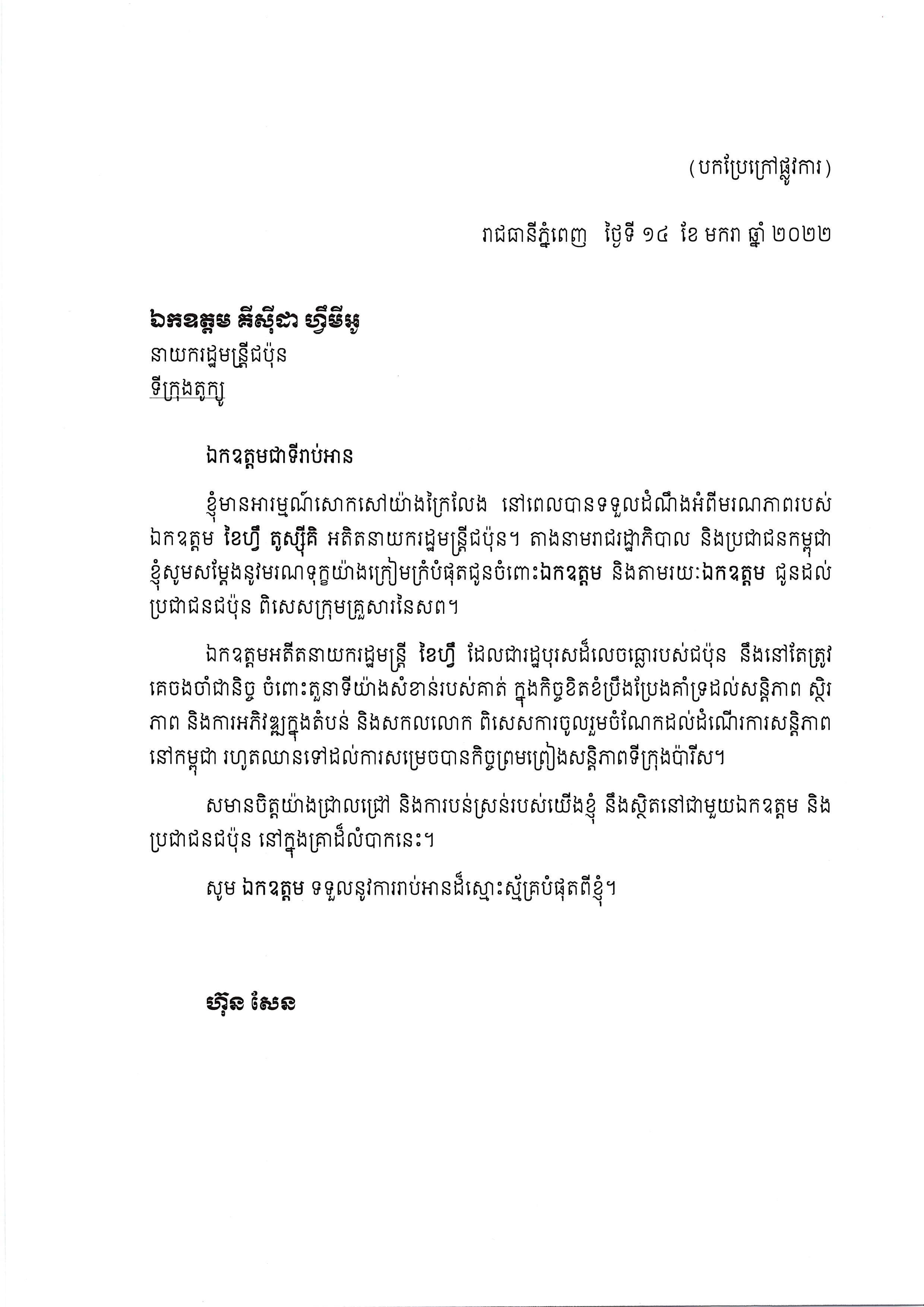