PM Hun Sen: Russia Will Understand Why Cambodia Votes Against Invasion of Ukraine (Video Inside)

Phnom Penh (FN), Mar. 28 – Cambodian prime minister Hun Sen said that as a friend, Russia will understand why Cambodia voted in favor on the UNGA’s resolution condemning and demanding that Russia withdraws its troops from Ukraine.

The premier spoke in an inauguration ceremony of Cambodia-Korea Friendship ENT Building at Ang Duong Hospital on Monday.

"As a friend, Russia will understand why Cambodia voted against the invasion of Ukraine," the premier said.

"Cambodia’s independence and sovereignty were once invaded. So, Cambodia pledges to stand against any invasions," the premier underlined.

On 2 March 2022, the United Nations convened an emergency convention to vote on a resolution condemning and demanding that Russia withdraw its troops from Ukraine. Of the 181 countries, 141 voted in favor of the resolution, five voted against the resolution, while 35 abstained.

Cambodia is among the 141 countries. Cambodia also co-sponsored the resolution.

“Cambodia expressed its grave concern on the intensifying gravity of the situation and worsening humanitarian conditions resulting from the ongoing military hostilities in Ukraine,” according to the Foreign Ministry’s statement.

“Cambodia believes in dialogue and diplomacy to prevent the situation from getting out of control and to find a peaceful resolution in accordance with international laws and the principles of the UN Charter.”

The statement added, “while understanding the security concerns at stake, Cambodia upholds its firm position that all Member States must respect the sovereignty, territorial integrity and political independence of other Member States.”
=FRESH NEWS 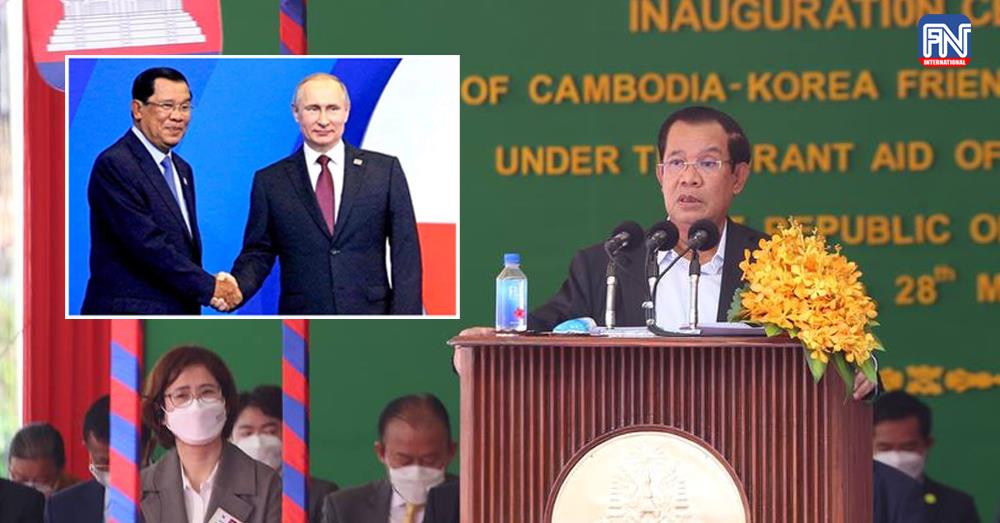