Phnom Penh (FN), May 20 – The Royal Government of Cambodia imposed bans on alcohol sales one day prior and during the 5th Commune/Sangkat Council Election, which will be taking place on 4-5 June 2022.

The Royal Government has observed that the consumption of all kinds of alcohol can cause violence, traffic accidents, crimes or in some cases mismanagement of the public order.

1. All citizens and foreigners living in the kingdom must cooperate with the government, the armed forces, all level of sub-national administrations, the National Election Committee and the Election Commission at all levels. Businessmen and vendors shall suspend the alcohol sales one day before and during the 5th Commune/Sangkat Council Election to maintain public order.

2. Ministries, institutions, the Royal Gendarmerie, the National Police, together with sub-national administrations at all levels must train all subordinate civil servants and the armed forces, as well as disseminate and educate all Cambodians and foreigners in their localities to suspend the alcohol sales in order to participate in the process of the 5th Commune / Sangkat Council Election 2022 in a good, free, fair, and non-violent political environment.
=FRESH NEWS 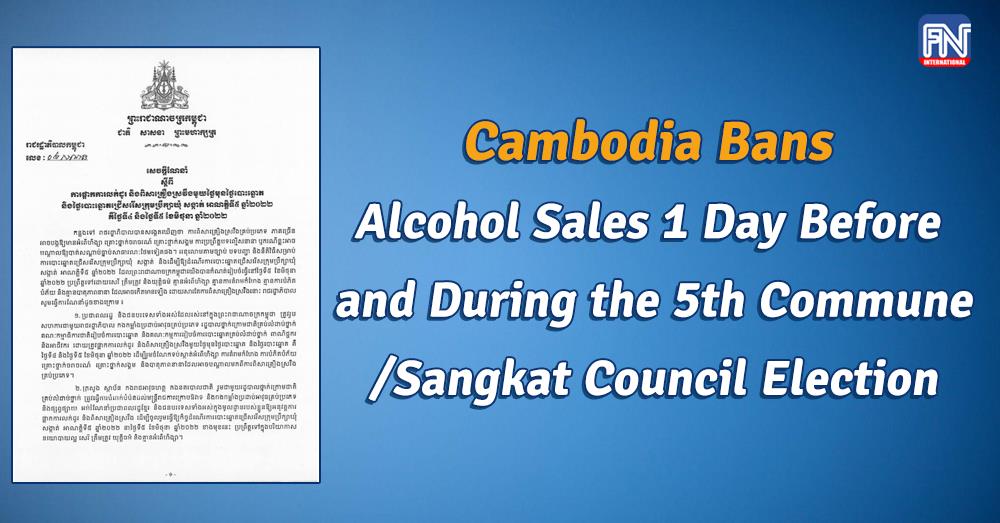