The CPP sought legal action and demanded USD 1 million in compensation, according to the complaint seen by Fresh News on Tuesday (Jun 14).

On Tuesday (Jun 14), a lawyer representing the CPP Ky Tech highlighted some remarks of Son Chhay in the interview with some media outlets, which were considered to be fraudulent, misrepresented, fake information, ill-intended purpose to seriously damage the reputation of the CPP who won the election.
=FRESH NEWS 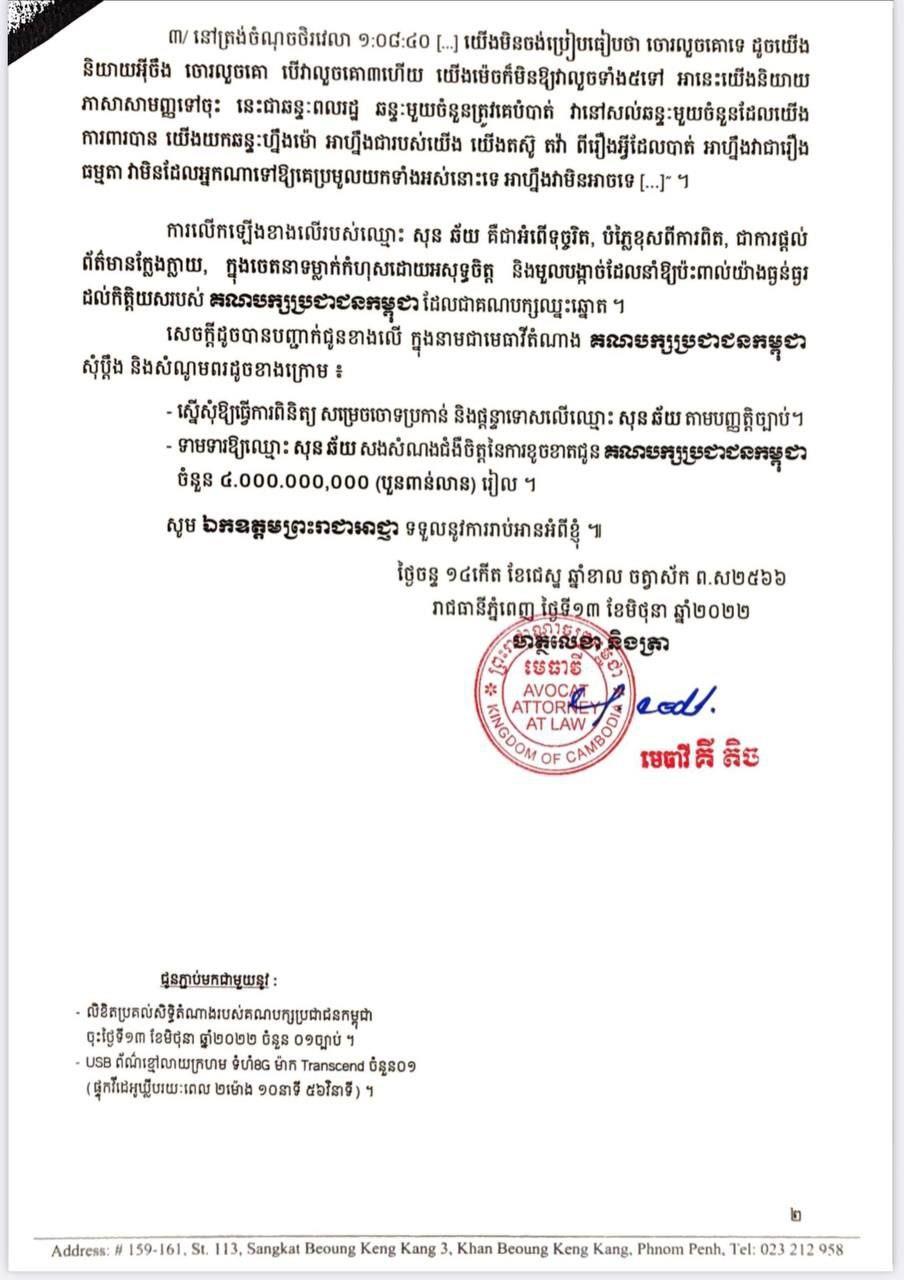 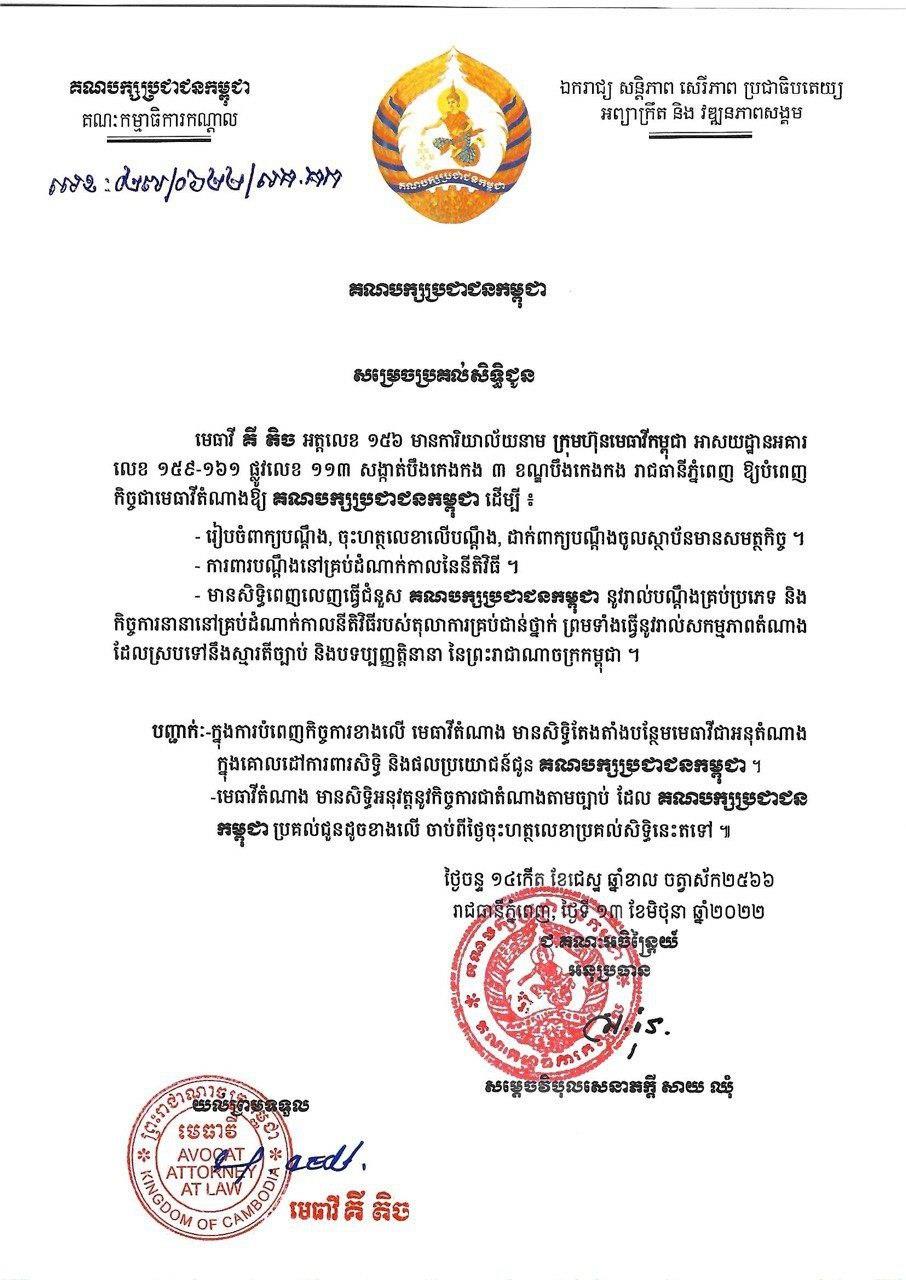