Phnom Penh (FN), Jun. 20 – Happy belated Father’s Day! Father’s Day is an American tradition observed every year on the third Sunday of June on which Americans spend more than USD 1 billion each year on Father’s Day gifts to express their gratitude for the dedication of their fathers. Yesterday many Cambodians on social media posted heartwarming messages to commemorate their fathers.

Father’s Day dates back to 1908, when a West Virginia church held a service in memory of 362 men who had died in December in explosions at the Fairmont Coal Company mines. In 1909, Sonora Smart Dodd, a daughter of one of the men, began canvassing her community for support for the annual observance of Father’s Day. She was successful and in 1910, Washington State celebrated the first statewide observance of Father’s Day in the country.

For Cambodia 20 June is the more meaningful day to celebrate the father of a nation. Today is the day on which a 25-year-old battalion commander named Hun Sen risked his life and that of his family to seek salvation for the entire nation. He used his military experience to plan the escape from the Eastern Zone of the Democratic Kampuchea in Koh Thmor village, Thbong Khmum province, to stop the ongoing mass killings of his people at the hand of Pol Pot’s leadership. This successful escape led to the liberation of Cambodia on 7 January 1979 after three years, eight months and twenty days and after nearly two million people had died. His contribution did not stop with the liberation, building nation-wide orphanage for the children whose fathers were killed and reconstructing schools. His influence on all facets of life of post-genocide generations continues until today.

Since 1979 Cambodian had a rapid population growth and those who were born after 1979 constitute 70% of the entire population. They have known civil war, peace, happiness and rapid economic growth entirely under his leadership. Now Cambodia is looking forward to becoming a middle-income country by 2030. Cambodian prime minister Hun Sen is truly the father of modern Cambodia, especially for those people who were born after Pol Pot’s instigated genocide. Without his heroic effort on June 20, none of them would have been born, grow and enjoy their full potential today. More broadly, 20 June should be the day on which all Cambodian children pay their respects and show their love for all the father figures who have helped in raising and shaping the minds and thoughts of their children. 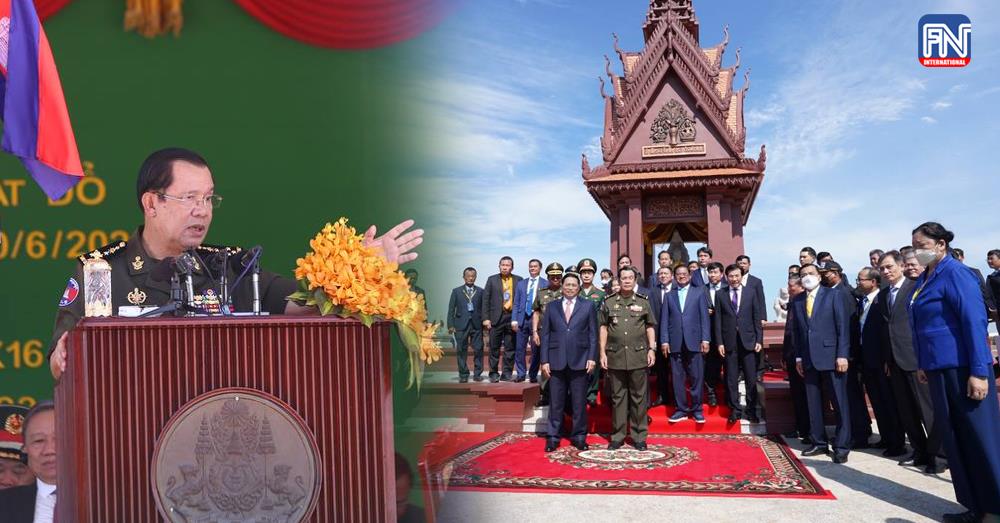