Phnom Penh (FN), Jun. 23 – Outgoing Turkish ambassador to Cambodia Ayda Unlu expressed her feeling that Cambodia is like her home.

Ayda briefed the premier her four-year diplomatic mission in the kingdom, in particular the improved and strengthened Cambodia-Turkey trade and political relations through the formal visit of the premier to Turkey at the end of 2018 and other formal visits of Cambodian top officials, according the premier’s personal secretary Eang Sophalleth.

Ambassador Ayda said that she has good memories here in Cambodia and that leaving the kingdom made her feel like leaving her home. She pledged to further strengthen the Cambodia-Turkey relations.

The ambassador is awarded the Grand Cross, the top level Royal Order of Sahametrei, which conferred primarily on foreigners who have rendered distinguished services to the king and to the people of Cambodia, particularly in the field of external relations and diplomatic services.
=FRESH NEWS 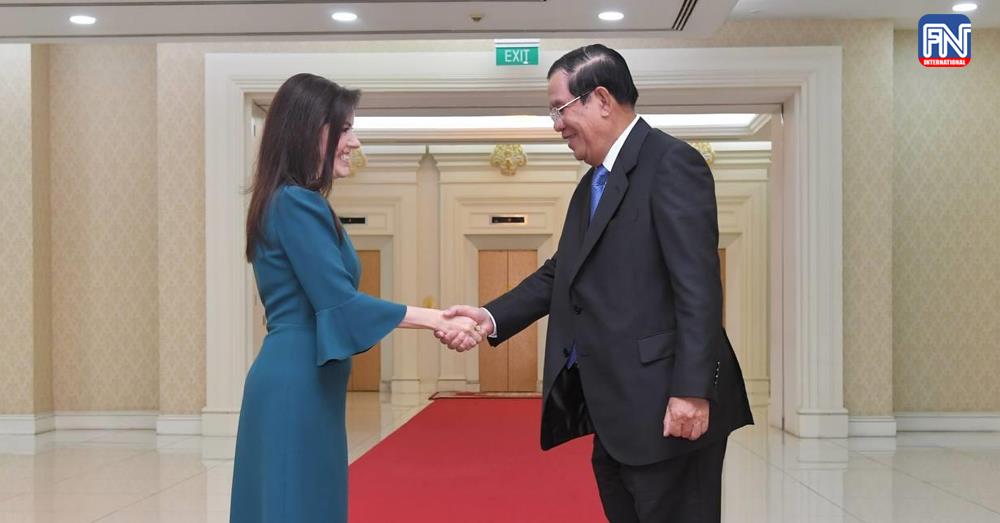