Phnom Penh (FN), Jul. 6 – Cambodian foreign minister Prak Sokhonn, in his capacity as the ASEAN chair special envoy on Myanmar, said that the peace process in Myanmar have moved forward.

Prak Sokhonn spoke in the press conference on the outcomes on Wednesday (Jul 6) after he successfully concluded his second working visit.

During a meeting with chairman of National Solidarity and Peace-Making Negotiation Committee (NSPNC) Yar Pyae, Prak Sokhonn raised solutions for the Myanmar crisis. According to Yar Pyae, the Myanmar's State Administration Council (SAC) agreed to negotiate with individuals or groups, who are considered as terrorists.

"I asked Yar Pyae if there is any individual or group, considered as terrorist, who wants to give up the fight and participates in the peace negotiations with the SAC, what do you think?" Sokhonn said.

In this regard, the NSPNC chairman answered that those who are considered as terrorists are able to negotiate.

In calling for an inclusive dialogue, Sokhonn called for openness for peace negotiations from all parties concerned regardless of their class or category.

On that occasion, Sokhonn underlined that this is a big step forward for Myanmar's peace process, but it depends on the country's decision. Despite their openness for negotiations, those who wish to negotiate shall fulfill three conditions, namely (1) no intention to overthrow the government; (2) no intention to replace the government; and (3) adopting the 2008 constitution as a basis for peace negotiations.

“Despite these (three) conditions, I understand that at least we have paved the way for the possibility of negotiations. That means the wheels of the peace process have moved forward. However, it depends on the decision of Myanmar's concerned parties," Sokhonn continued.
=FRESH NEWS 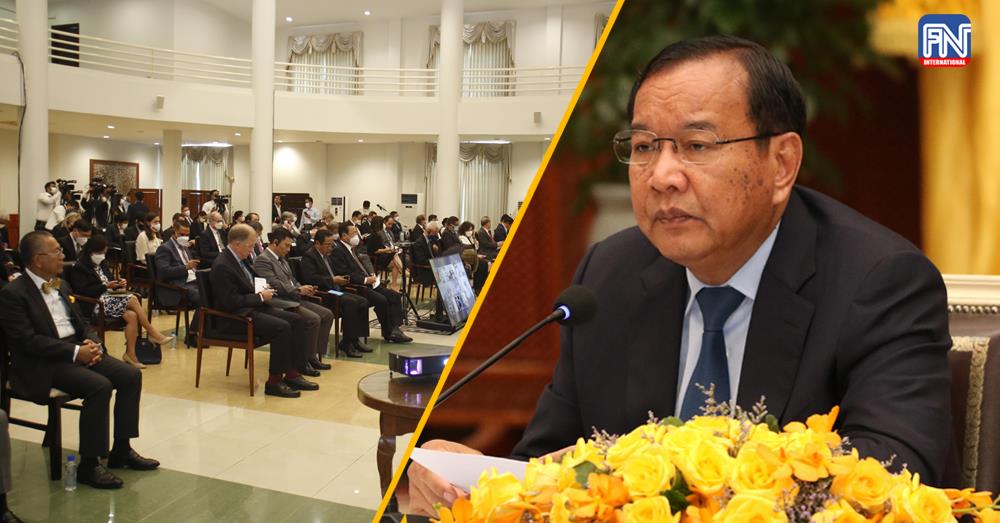