Experts: US and China Are Indispensable for ASEAN

Phnom Penh (FN), Jul. 14 – The Royal Academy of Cambodia (RAC) organized a roundtable discussion on "ASEAN in between China and US in New Context" on Thursday morning at the academy.

"ASEAN holds a total population of nearly 700 million and its youth population can fill labor force demand, which has become a major potential for the two countries' markets,” Kin Phea, president of the Institute of International Relations of RAC, said during the discussion.

In addition to political ideology, China has expanded its soft influence through language and culture among ASEAN member countries, he added.

However, regarding the geopolitical rivalry, Kin Phea said China and ASEAN are neighbors. China does not want any superpower to exert too much influence over its neighbors, while the US will not allow China to control over or influence the Southeast Asian region.

A veteran journalist and chief correspondent for the Kyodo News Agency Puy Kea said ASEAN cannot be without China and the US, as these two countries are important for ASEAN economic markets.

"ASEAN cares for China while loving the US. ASEAN cherishes China because the ASEAN economy cannot function without China, and that goes the same with the US. In a way, China and the United States are like mom and dad,” Puy Kea said. 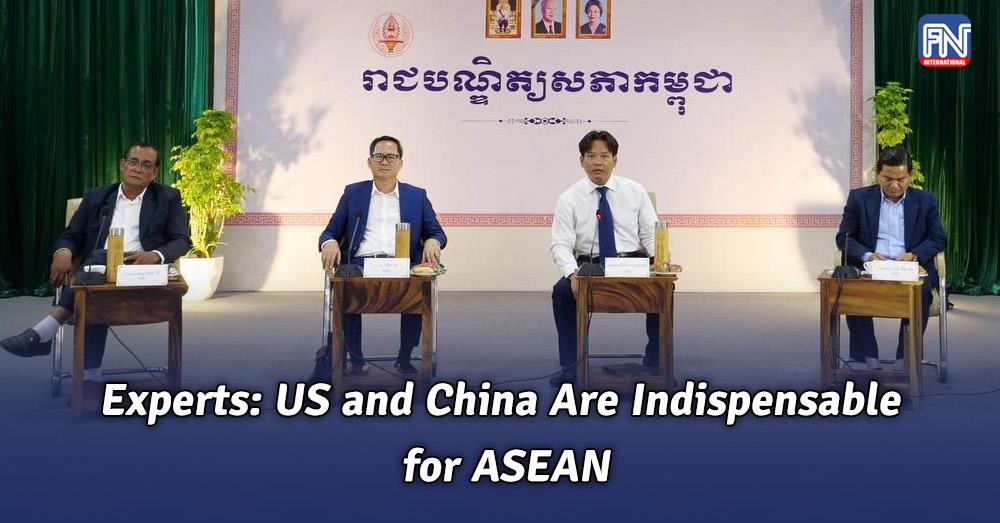