PM Hun Sen Urges US to Review Sanctions against Russia

the US secretary of state Antony Blinken paid a courtesy call on the premier on Thursday (Aug 4) at the Peace Palace.

According to the premier’s personal secretary Eang Sophalleth, the meeting touched on Russia-Ukraine war.

Blinken thanked the premier on vote in favor of the United Nations General Assembly Resolution on Russia's invasion of Ukraine.

Regarding the UNGA resolution, premier Hun Sen reaffirmed that Cambodia adheres to the principles of the UN Charter and respects the sovereignty, territorial integrity and independence of the UN members. Cambodia also urged for a ceasefire and peaceful negotiations.

Regarding the Russia-Ukraine war, the premier urged the US to review the sanctions imposed on Russia as it will not only affect Russia's economy but the global economy, including Cambodia.

Samdech also asked high representative of the EU for foreign affairs and security policy and vice-president of the European Commission Josep Borrell Fontelles to review the sanctions against Russia.
=FRESH NEWS 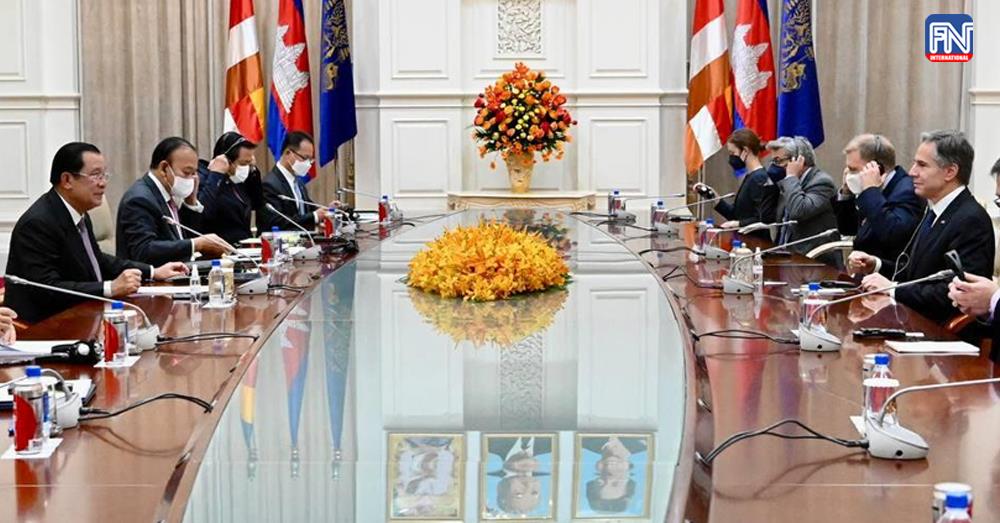