Phnom Penh (FN), Aug. 5 – Cambodian prime minister Hun Sen unveiled that the seat arrangement for the ASEAN meetings has challenged the kingdom in a way that some foreign ministers did not want to sit next to one another due to tensions in some areas of the globe.

The premier spoke while receiving an honorary doctorate degree from RUPP on Friday morning (Aug 5).

“Of course, I could say that all friends [dialogue partners] are tolerant to us because we are the rotating chair of ASEAN 2022. However, we have faced some challenges during the summit. We also faced difficulties in seat arrangement as the tensions occur in Europe and other places and they [foreign ministers] did not want to sit next to one another,” the premier underlined.

"We also faced difficulties in issuing a joint communique. Eventually, we are able to mediate the situation,” the premier added.

Cambodia, as the rotating chair of ASEAN in 2022, host the 55th ASEAN Foreign Ministers' Meeting (the 55th AMM) and Related Meetings from 29 July to 5 August 2022 in Phnom Penh in a physical format.
=FRESH NEWS 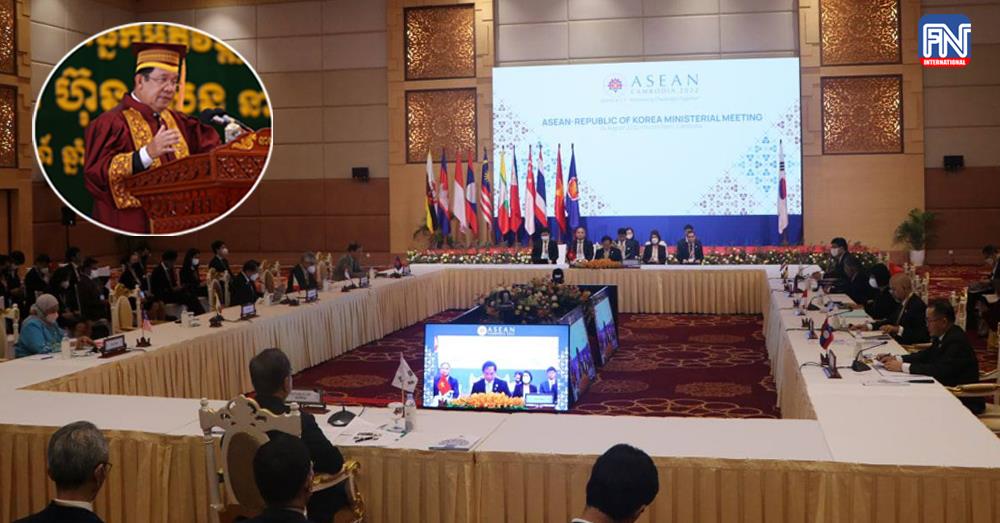