Wang Yi Tells US Not to Interfere in China's Domestic Affairs

Phnom Penh (FN), Aug. 6 – Chinese foreign minister Wang Yi told the US not to interfere in China's domestic affairs on the Taiwan Strait.

"China's positions are to protect the Chinese citizens and firmly oppose the US attempts to use Taiwan Strait as an excuse to contain China," Wang underscored.

The Chinese top diplomat said the fact that US relies on Taiwan to contain China is just a dream. However, the US can not prevent Taiwan's return to China as well as contain China’s growth and influence. He said that Newt Gingrich's visit to Taiwan was a serious mistake, which Chinese government condemned.

"Today (Aug 5), the US secretary of state said that all parties adhere to the provisions of respecting sovereignty and territorial integrity of one another. Therefore, if the US intends to correct her mistakes, the US shall respect China's sovereignty and territorial integrity and non-interfere in China's domestic affairs on the Taiwan Strait," Yi continued.

"As far as I know, the US is trying to increase military actions in Taiwan Strait. I would like to remind the US not to make small issue big."

Lastly, Wang Yi pledged to further support Cambodia and is confident that the kingdom, in his capacity as the rotating chair of ASEAN 2022, will push China-ASEAN relations to a new level.
=FRESH NEWS 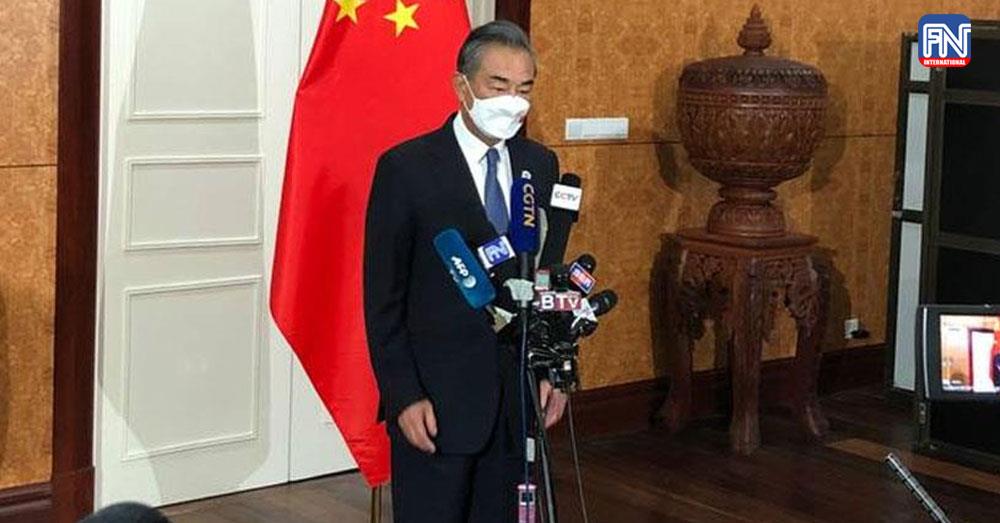