Phnom Penh (FN), Aug. 6 – Cambodian foreign minister Prak Sokhonn and Russian foreign minister Sergey Lavrov, signed the Plan of Consultations between the Cambodia Ministry of Foreign Affairs and the Russian Ministry Foreign Affairs for 2022-2024, which will contribute to further strengthen the friendship and cooperation between the two countries in a ceremony held on 05 August 2022, on the sidelines of the 55th ASEAN Ministers' Meeting and Related Meetings.

"Following the signing of this Plan of Consultations, the two foreign ministers issued a Joint Statement as attached herewith," according to the press release dated 5 August 2022. 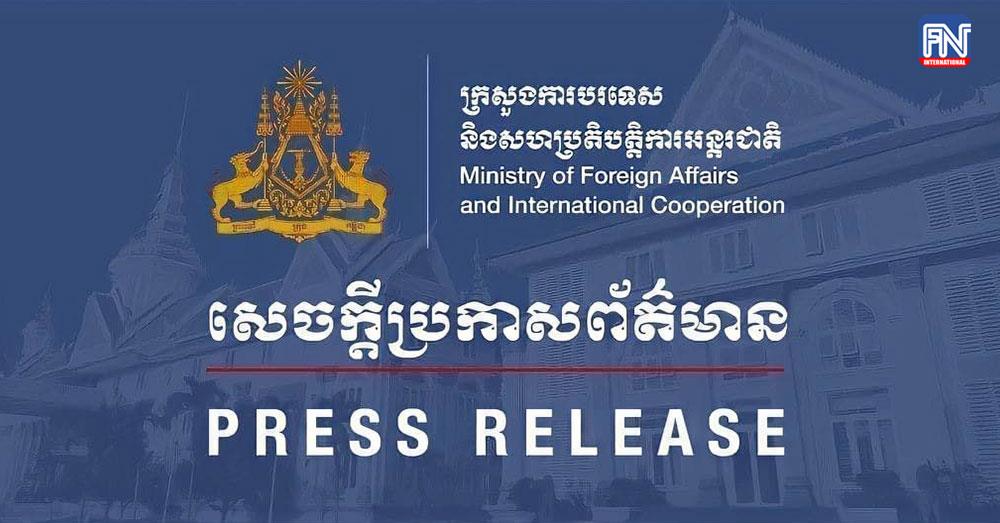 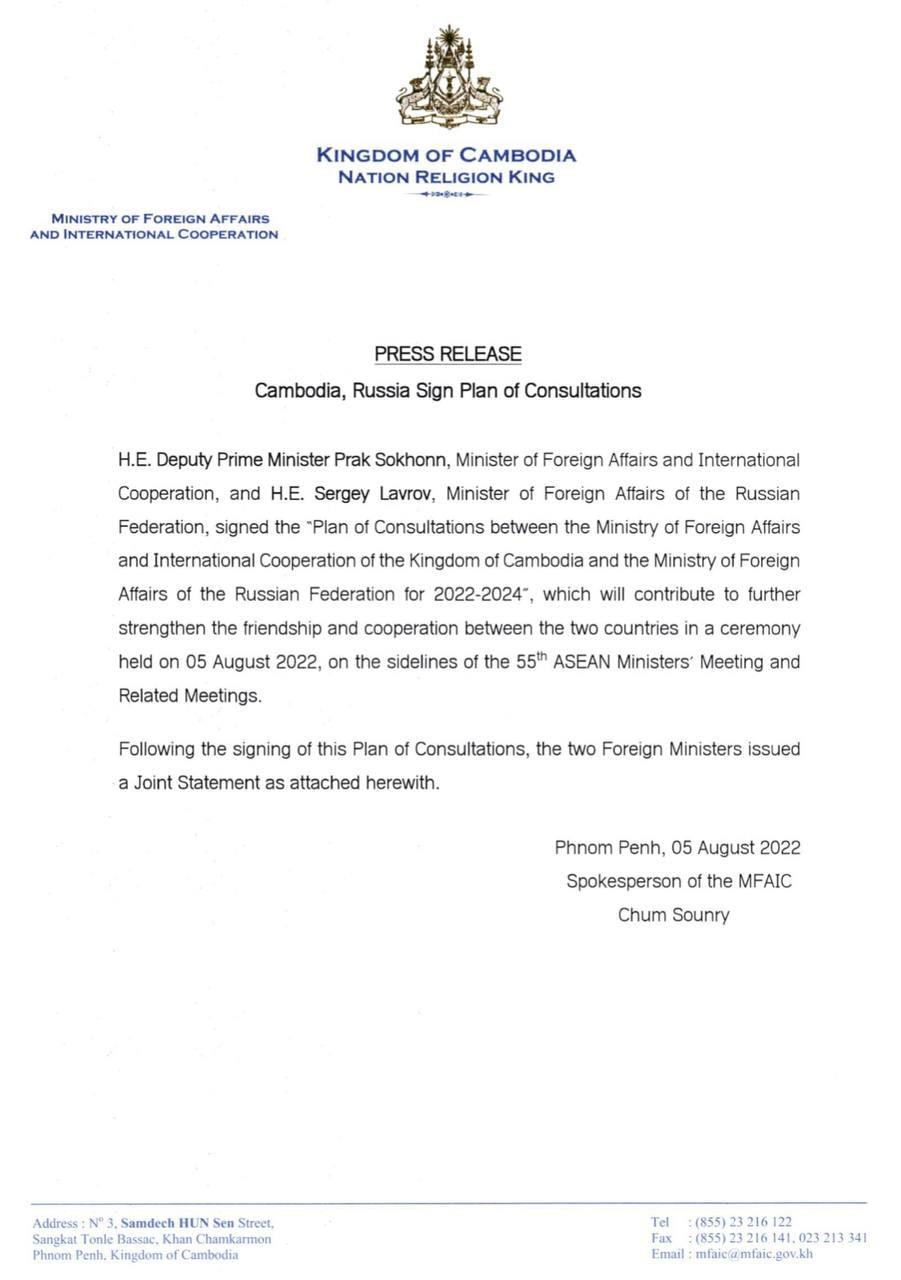 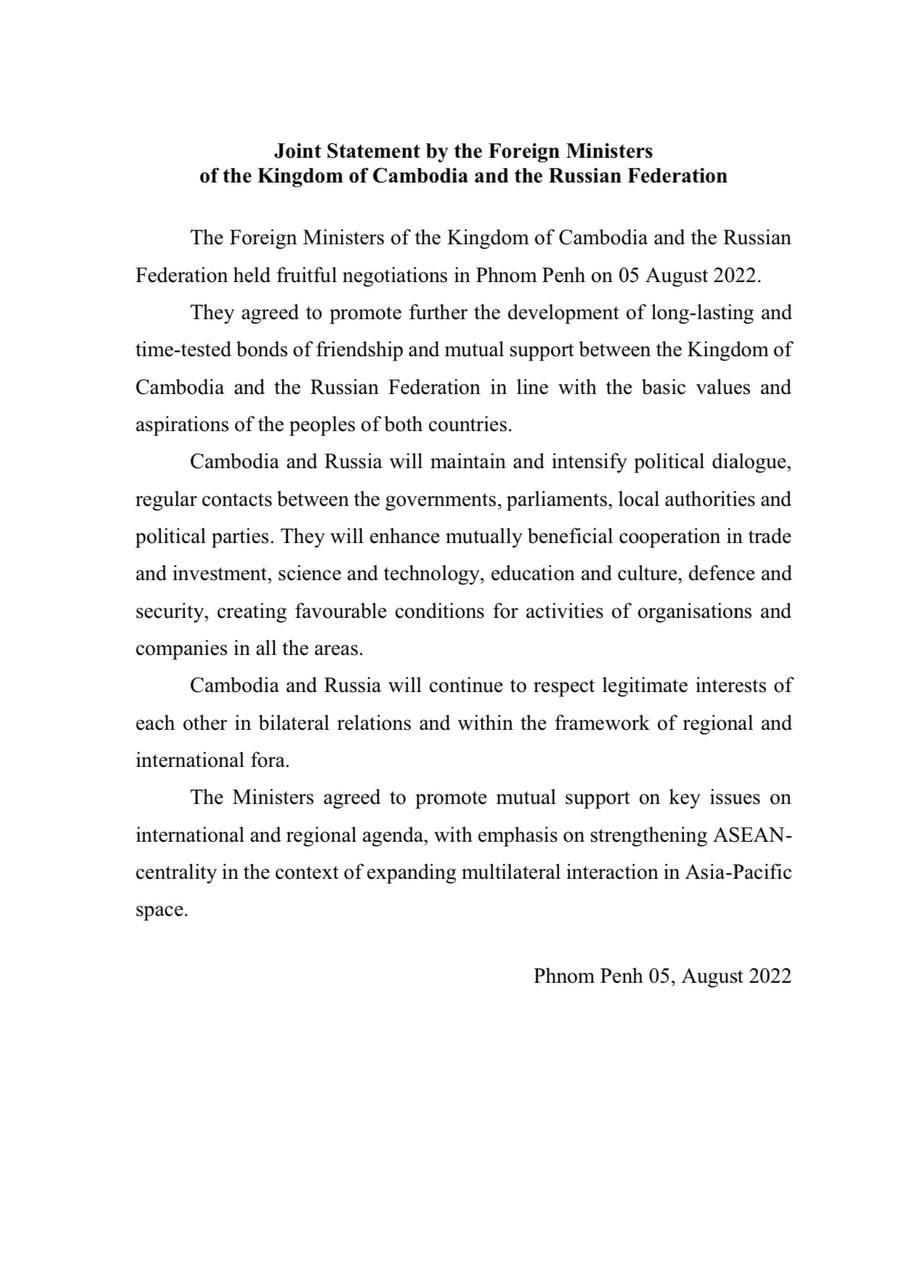