"The two foreign ministers expressed satisfaction over the continued growth of the amicable bilateral relations, which is reflected by the frequent exchanges at all levels and agreed to advance existing cooperation. Both parties noted with satisfaction the resilient economic cooperation between the two nations, underpinned by high bilateral trade volume despite the COIVD19 pandemic. Prak Sokhonn was optimistic that trade activities will be significantly boosted once the Cambodia-Korea Free Trade Agreement (CKFTA) enters into torce. Prak Sokhonn also noted that South Korea was ranked second in Foreign Direct Investment in Cambodia and the implementation of RCEP will serve as frameworks to bolster economic cooperation between the two countries," according to the outcomes dated 5 August 2022. 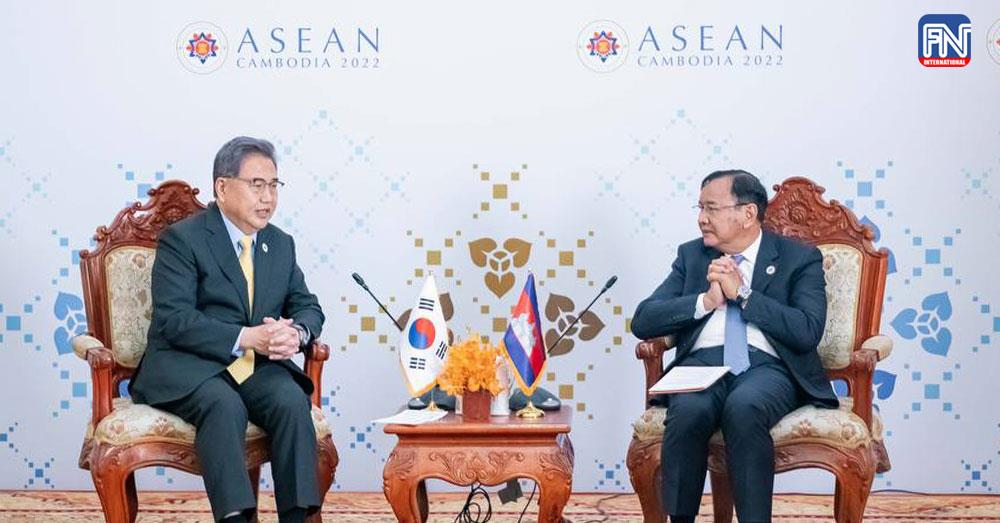 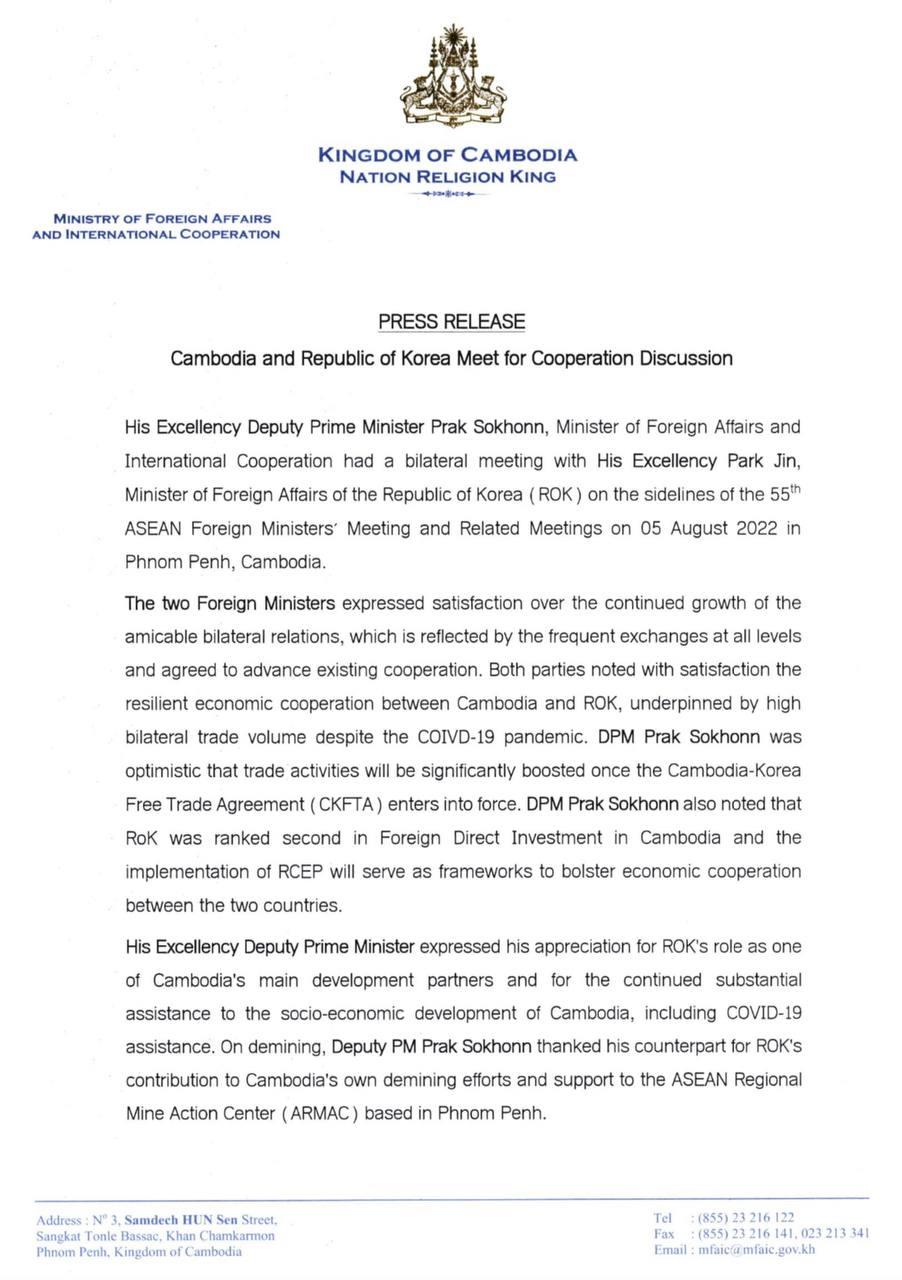 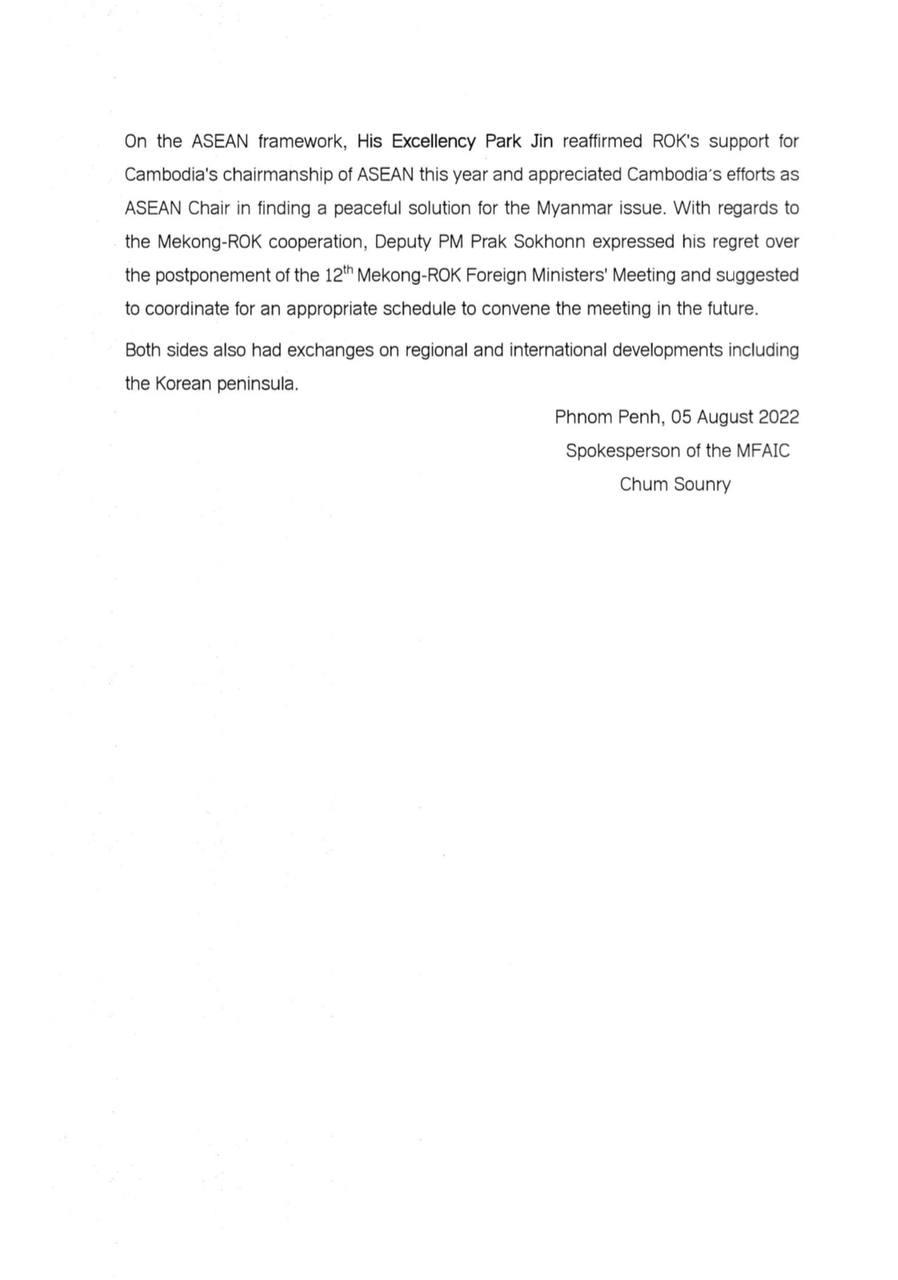 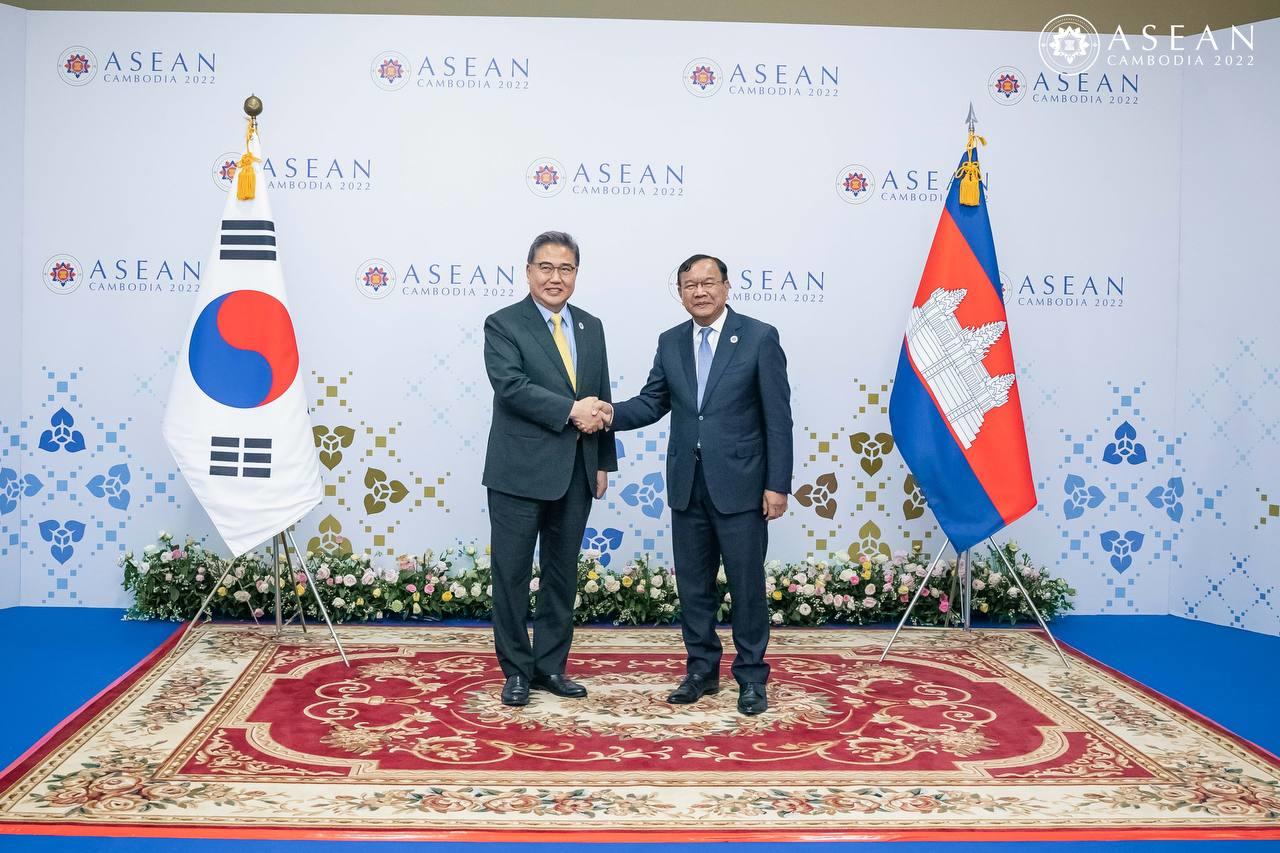