Phnom Penh (FN), Aug. 18 – Cambodian prime minister Hun Sen said that the rising fuel prices have led to high inflation everywhere, in particular the United States and the European Union, which have forced the central banks to raise interest rates.

The premier spoke in a handover ceremony of 300,000 doses of Spain-aided Pfizer vaccines on Thursday (Aug 18) at the Peace Palace.

“As COVID19 has subsided but not yet ended, the whole world is also facing many other alarming challenges that can disrupt the momentum of the global socio-economic recovery. In particular, rising fuel prices have led to high inflation everywhere, especially the United States and the European Union, which have forced the central banks to raise interest rates to curb the rise in inflation but could lead to a decline in global demand,” the premier underlined.

“Moreover, high inflation has also been putting increasing pressure on the daily lives of our people.”

The premier continued, “in these difficult and unpredictable circumstances, we need cooperation and mutual assistance than ever before. In this spirit, I would like to encourage the prioritization of the welfare of the people and public health, strict adherence to the spirit of mutual assistance, and strengthening of cooperation in all fields.”

Samdech added, as the chair of ASEAN in 2022, Cambodia will strive to strengthen cooperation within the ASEAN region, as well as between ASEAN-European Union and ASEAN-Spain.
=FRESH NEWS 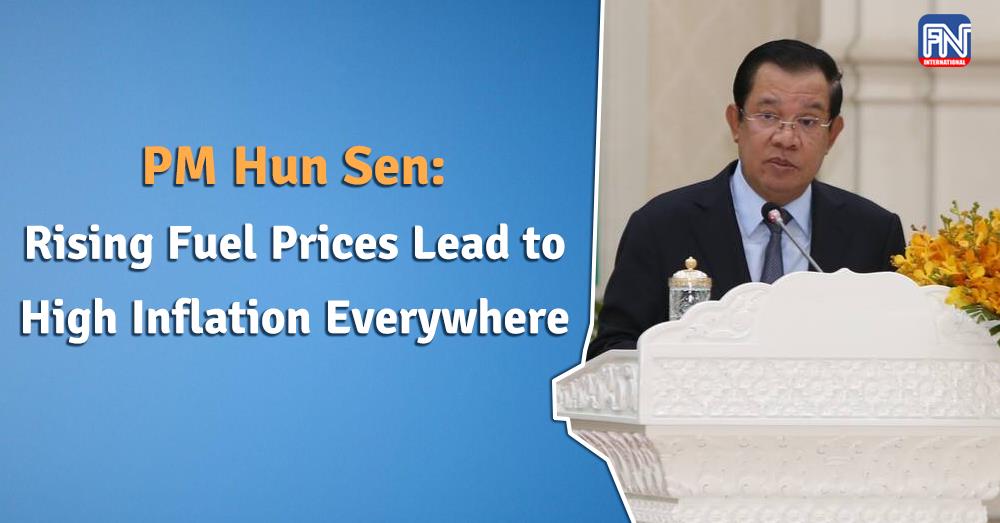