Cristina spoke at the handover ceremony of 300,000 doses of Spain-aided Pfizer vaccines to Cambodia on Thursday (Aug 18) at the Peace Palace.

“I would like to congratulate Cambodian government under the guidance of premier Hun Sen for the successful management of COVID19, which has been widely praised. For Spain, it is an honor to support the Cambodian people and the efforts conducted by the authorities of Cambodia in its effective efforts to ensure the maximum safety of its population, including non-Cambodian nationals,” said Cristina.
=FRESH NEWS 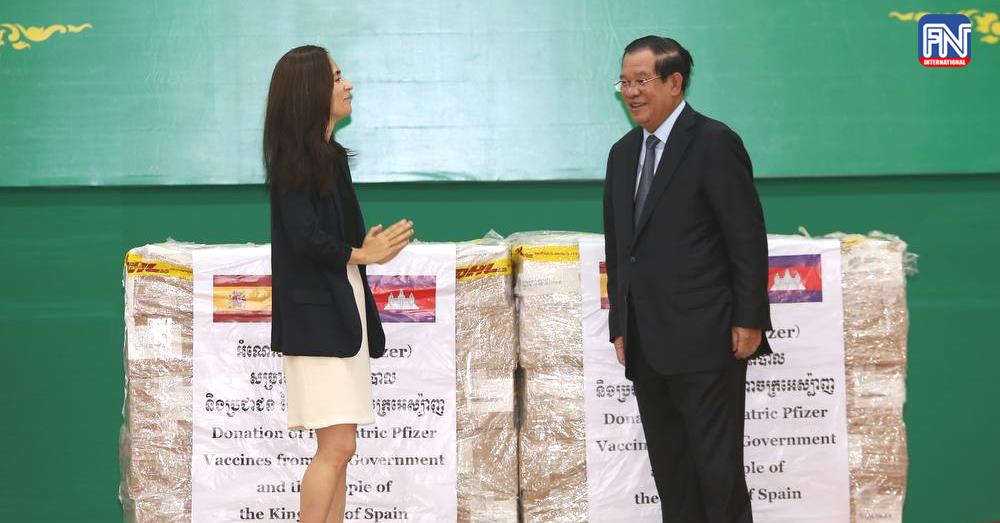