Phnom Penh (FN), Aug. 22 – Cambodian prime minister Hun Sen said that many Cambodian students are interested in pursuing their education in the United Kingdom (UK). In this regard, the premier intended to have the UK standard education in the kingdom.

The premier spoke when outgoing British ambassador to Cambodia Tina Redshaw paid a farewell call on him on Monday afternoon (Aug 22) at the Peace Palace.

The premier noticed the UK has become one of education destinations for Cambodian students. Therefore, the UK's investment in education sector in Cambodia shall be highly supported.

For her part, Tina Redshaw agreed with the premier and she will convey this information to the UK's government and investors.

Tina Redshaw thanked the premier, civil servants, and citizens for their good cooperation to make her diplomatic mission a success, particularly on various fields such as education, environment, economy, trade, health and mine-clearance.

Ambassador Tina said she is optimistic that Cambodia is able to achieve sustainable development.

In response, premier Hun Sen thanked Tina for her efforts to foster Cambodia-UK relations and cooperation. The premier also thanked the UK's government and people for always assisting Cambodia to gain peace and development. Samdech wished Tina success in her next diplomatic missions.

Tina Redshaw worked in Cambodia since 2018. Her her four-year mandate in the kingdom has greatly contributed to fostering Cambodia-UK relations and cooperation.
=FRESH NEWS 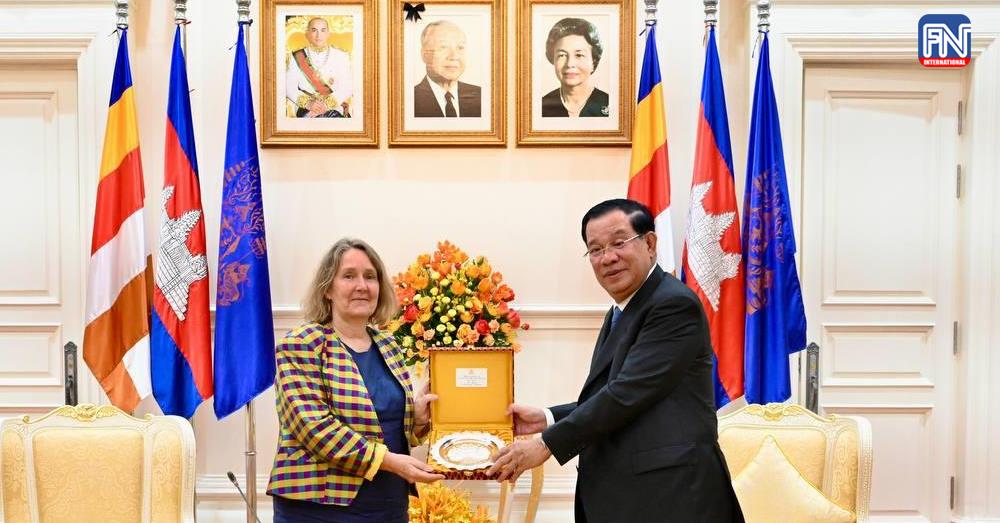