Cambodia’s Pride in Becoming the Main Contributor to UNPKOs

Phnom Penh (FN), Aug. 22 – Cambodian delegate minister and standing secretary of state of Ministry of Foreign Affairs, Ouch Borith, had a meeting on Monday (Aug 22) with the president of the 76th Session of the United Nations General Assembly (UNGA) and concurrently the Maldivian foreign minister, Adbulla Shahid, who was on a working visit to the kingdom on 21-22 August 2022.

"While touching on Cambodia’s contribution to the UN Peace-Keeping Operations (UNPKOs), Ouch Borith and Adbulla Shahid underlined Cambodia’s proud transformation from being a recipient country of the UN Peace-keepers in the 90s to a significant contributing country to the UN Peacekeeping Missions around the world. Ouch Borith highlighted that since 2006, Cambodia has dispatched 8,302 troops, including 580 women, to join 11 UN Peace Keeping Missions in nine countries. The president of the 76th Session of the UNGA commended Cambodia exemplary contribution to the UNPKOs," according to the outcomes seen by Fresh News on Monday (Aug 22). 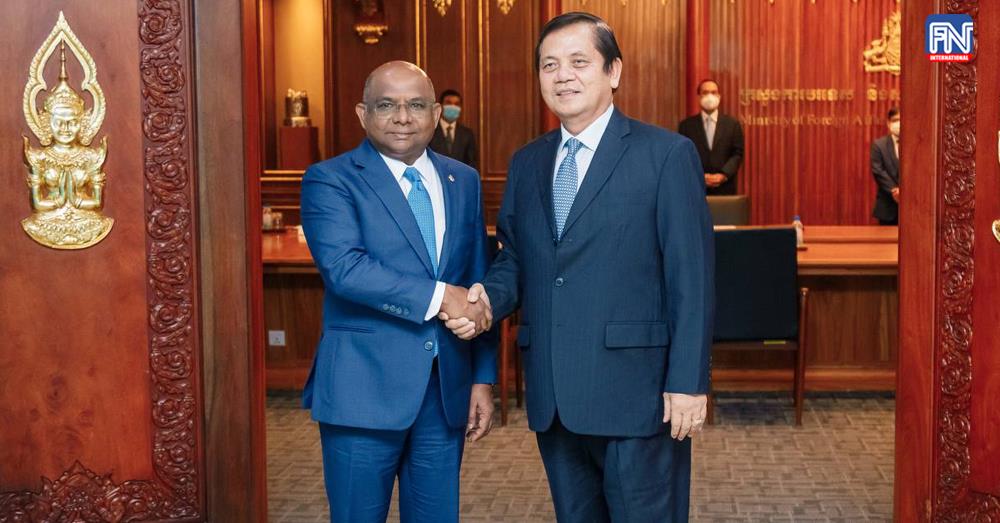 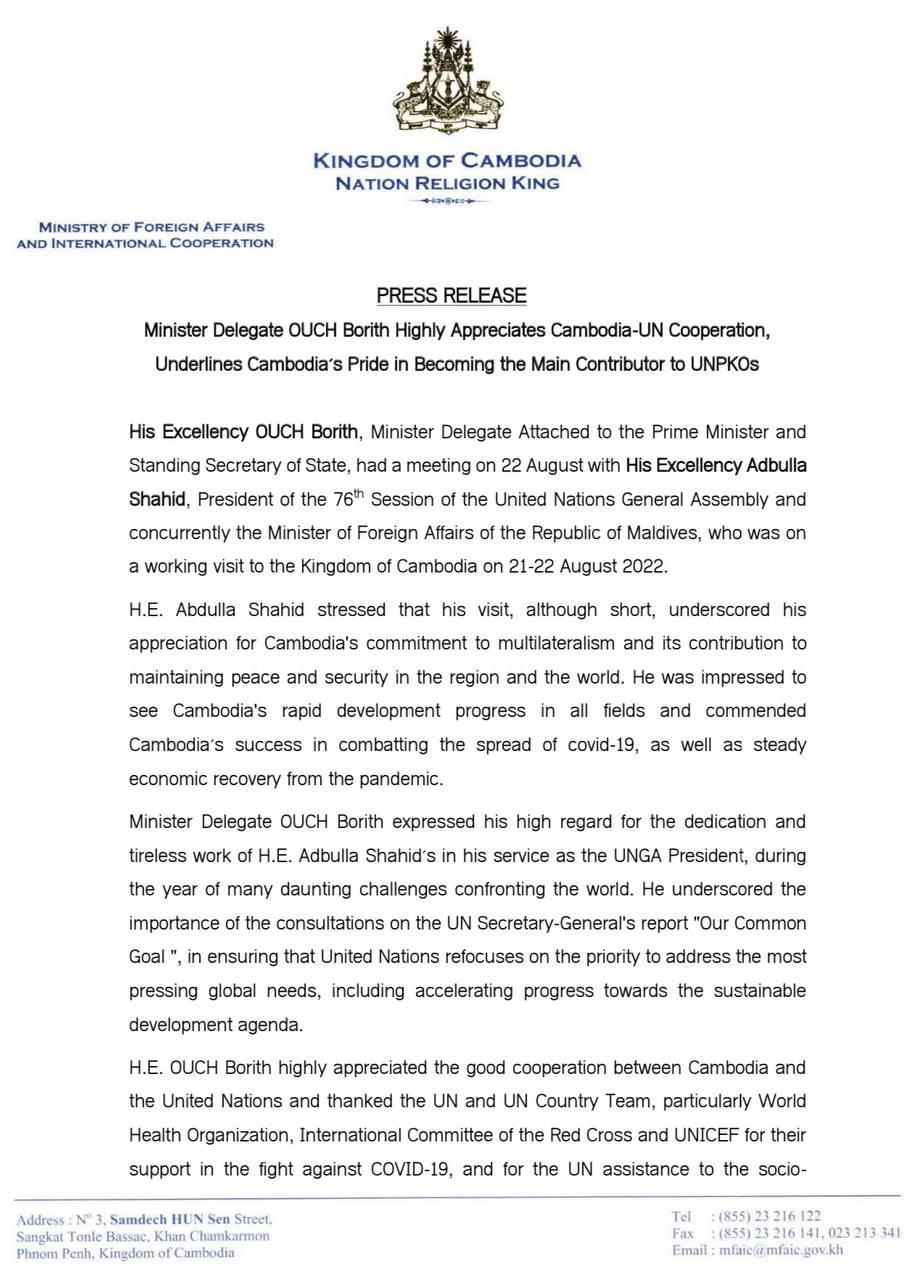 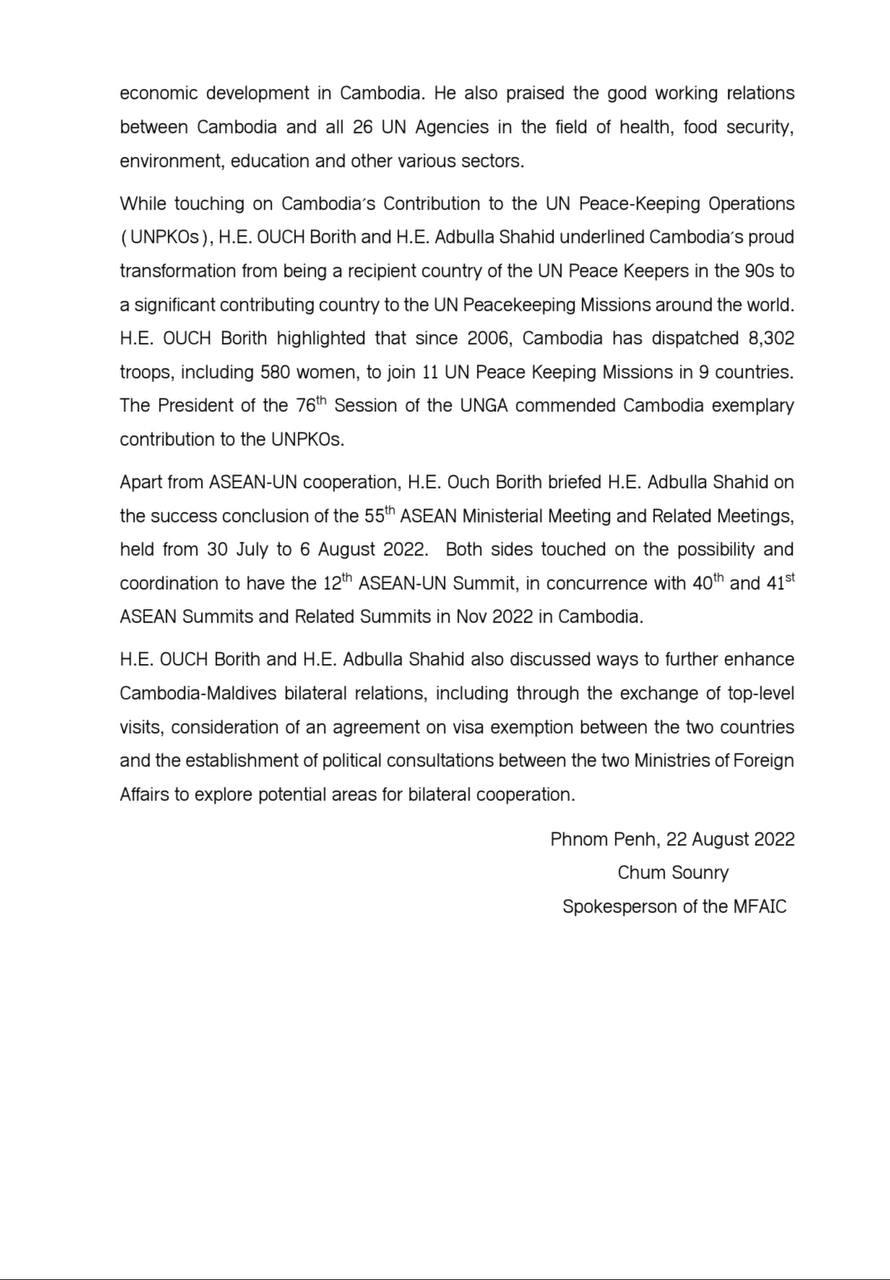 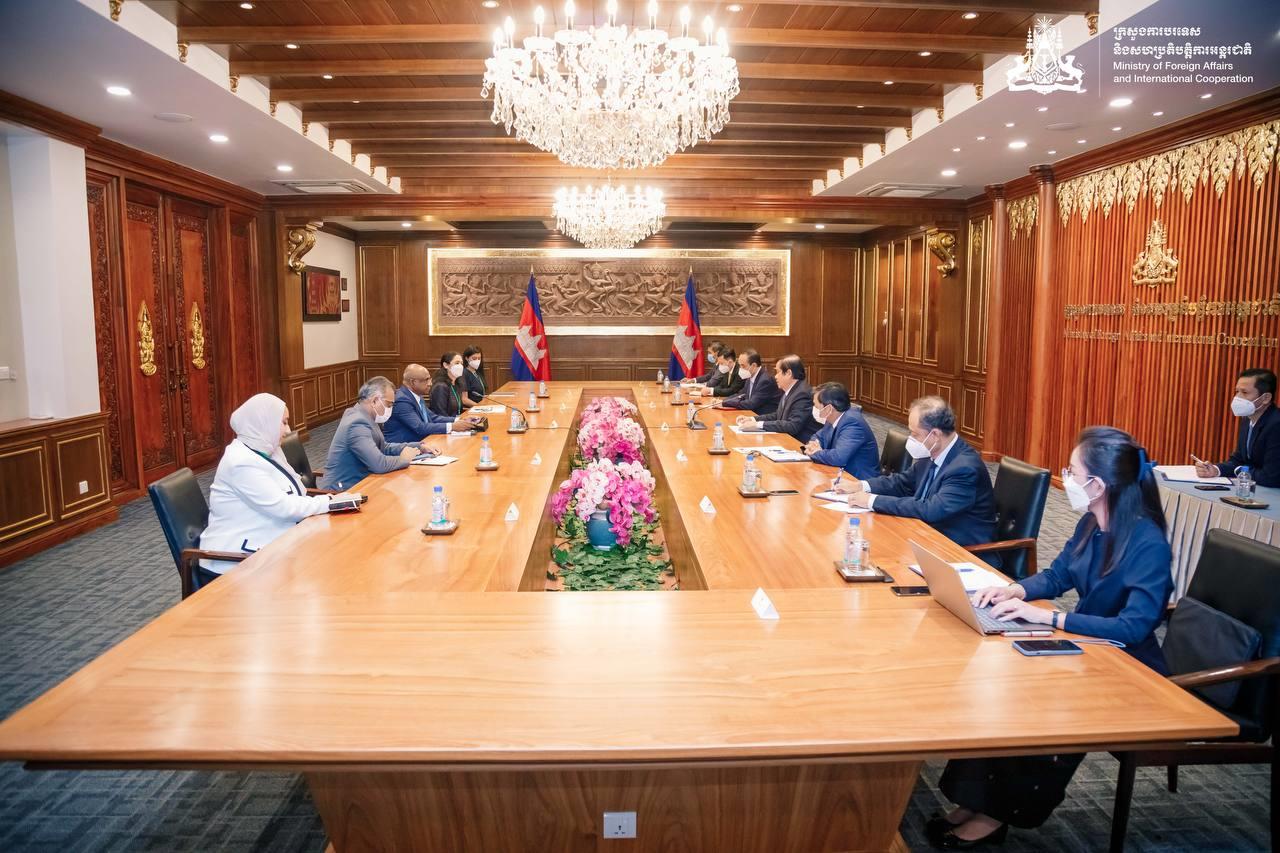