Phnom Penh (FN), Aug. 25 – Head of the International Liaison Department of the Communist Party of China Liu Jianchao said that Cambodian People’s Party (CPP), under the leadership of Cambodian prime minister Hun Sen, has contributed to rapidly develop the kingdom.

“The premier's wise leadership has actively promoted the building of the China-Cambodia community of a shared future and carried forward, maintained and developed the cause of China-Cambodia solidarity and friendship,” Liu said in a meeting with CPP vice-president Samdech Say Chhum held on 24 August 2022 at the CPP headquarters.

Liu briefed Say Chhum the kingdom’s rapid development compared to his first arrival in 2004. He also noticed that the kingdom is beautiful, prosperous, and has become an important actor on the international stage.

For his part, Samdech Say Chhum congratulated Liu Jianchao, who was appointed as the head of the International Liaison Department of the Communist Party of China in May.

As 2023 marks the 65th anniversary of establishment of Cambodia-China diplomatic ties, Cambodia is ready to work closely with China to commemorate this historic event.

Samdech Say Chhum thanked Chinese counterpart for sending congratulatory messages on the auspicious occasion of the 71st anniversary of the founding of the CPP and on the 5th mandate communal election victory.

He continued that the kingdom’s development cannot be achieved without the timely and effective support from the Chinese government and people.

“China's aids have not only contributed to the kingdom's development, but also strengthened Cambodia’s ownership and independence,” he said.
=FRESH NEWS 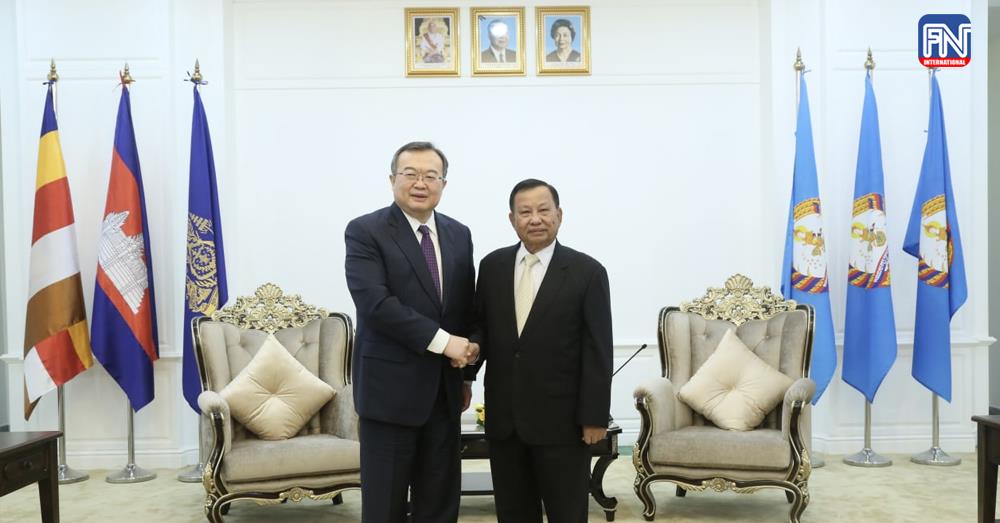