Phnom Penh (FN), Sep. 6 – Cambodian foreign minister Prak Sokhonn bestowed on the outgoing ambassador of Thailand to Cambodia, Panyarak Poolthup, the Royal Order of Sahametrei, Class Commander, during a farewell call by the envoy on 6 September 2022. Ambassador Panyarak Poolthup thanked the Cambodian government for the Royal Order, which he considered a great honor for himself as well as for his team at the Embassy.

"Prak Sokhonn praised the ambassador’s active contribution in broadening and strengthening the friendship and good cooperation between the two kingdoms in many areas such as economy, trade, health, education and culture, underlining the Royal Order was a token of the Royal Government's appreciation of his endeavors," according to the press release seen by Fresh News on Tuesday (Sep 6). 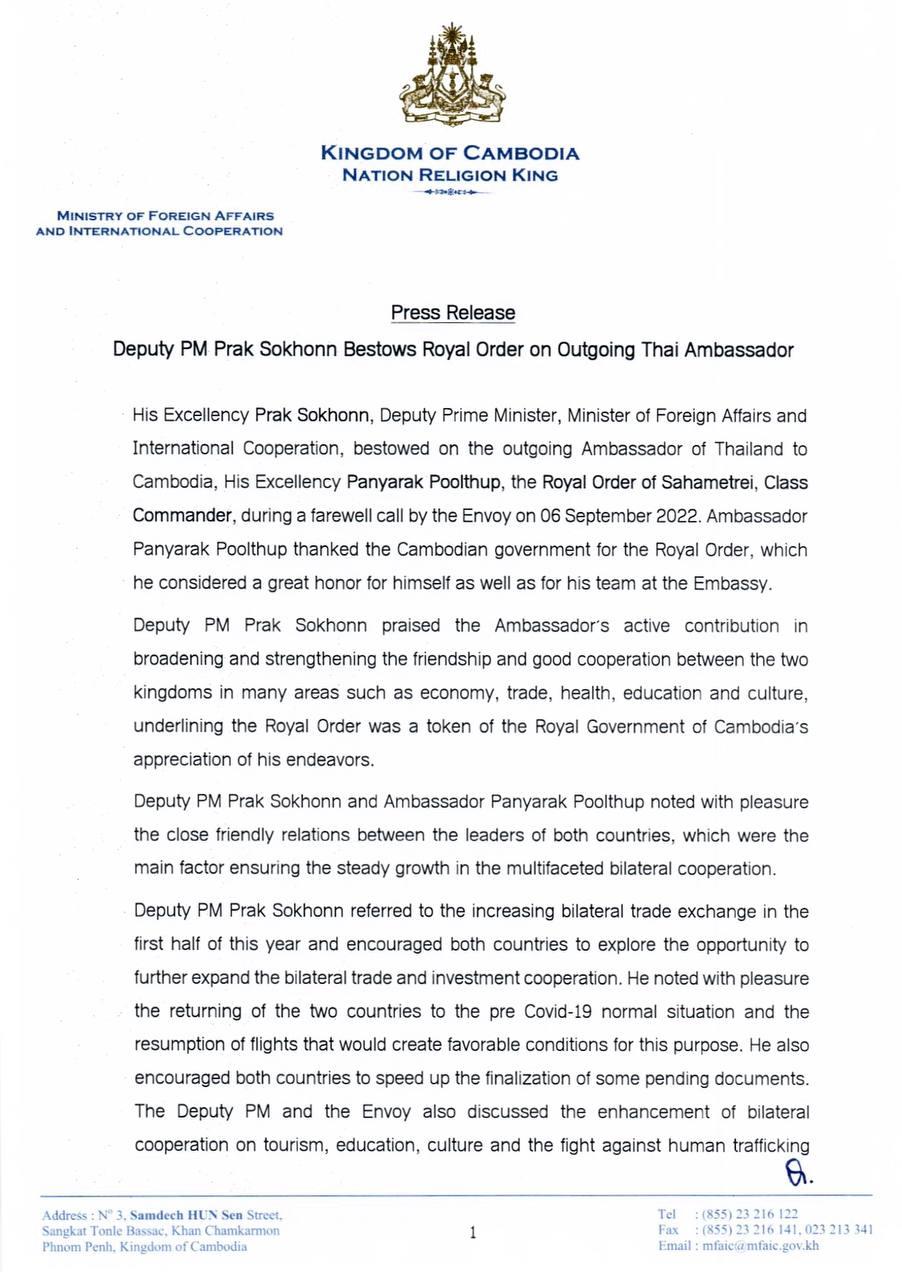 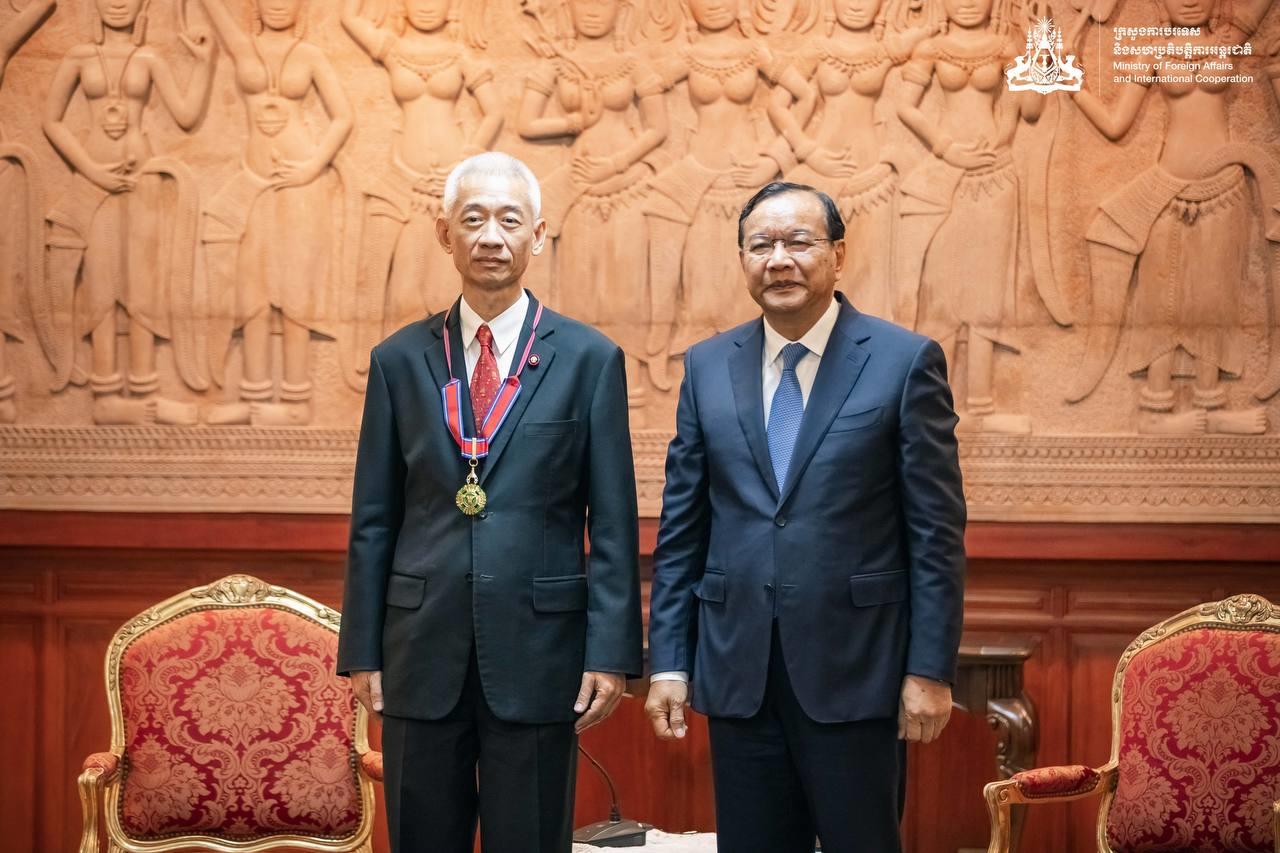 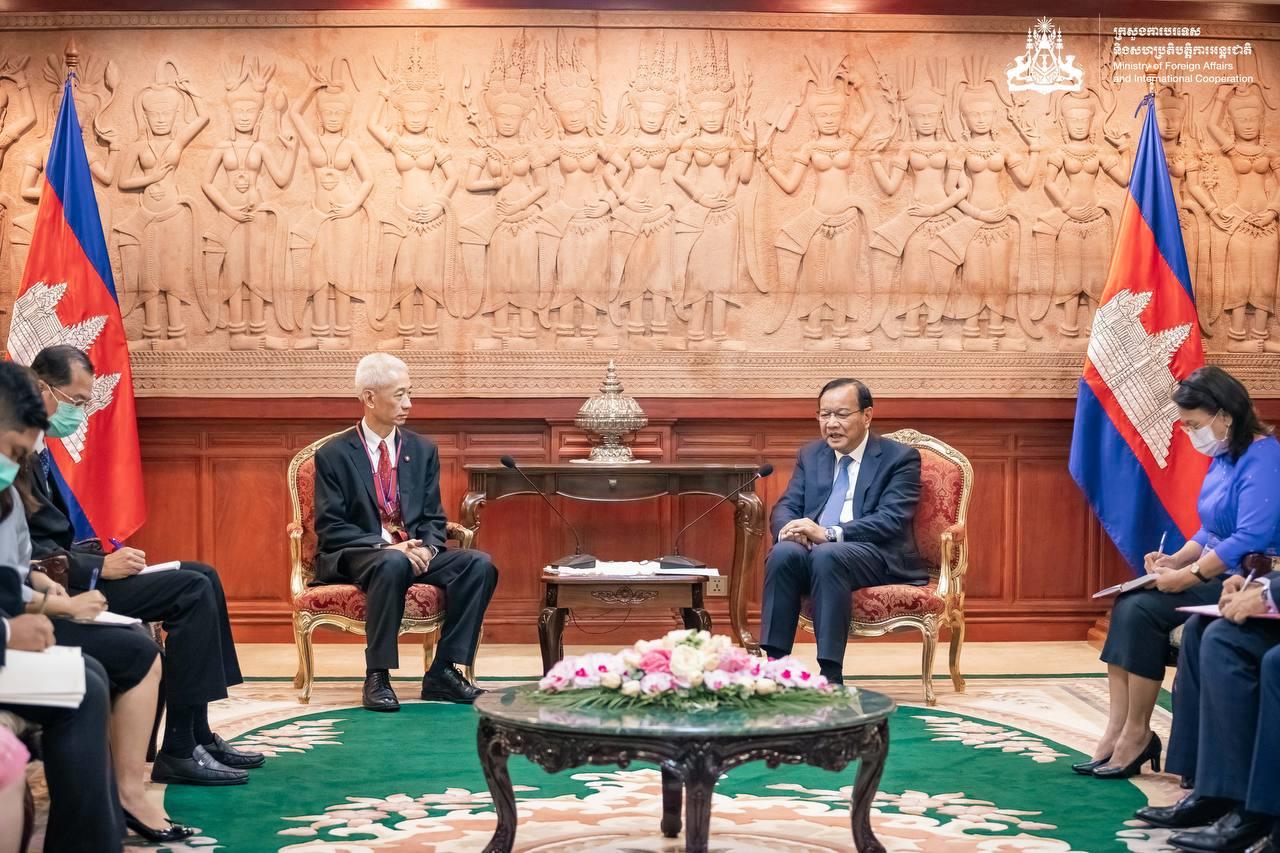