Phnom Penh (FN), Sep. 9 – Cambodian president of the National Assembly Heng Samrin sent a condolences letter to the speaker of the House of Commons of the United Kingdom, Sir Lindsay Harvey Hoyle, over the passing of Her Majesty the queen Elizabeth II.

“On this moment of greatest sadness, on behalf of the Cambodian National Assembly and on my own behalf, I would like to express my heartfelt condolences to you, the bereaved family, as well as the brotherly people of the United Kingdom for the great loss of your beloved monarch,” according to the letter seen by Fresh News on Friday (Sep 9). 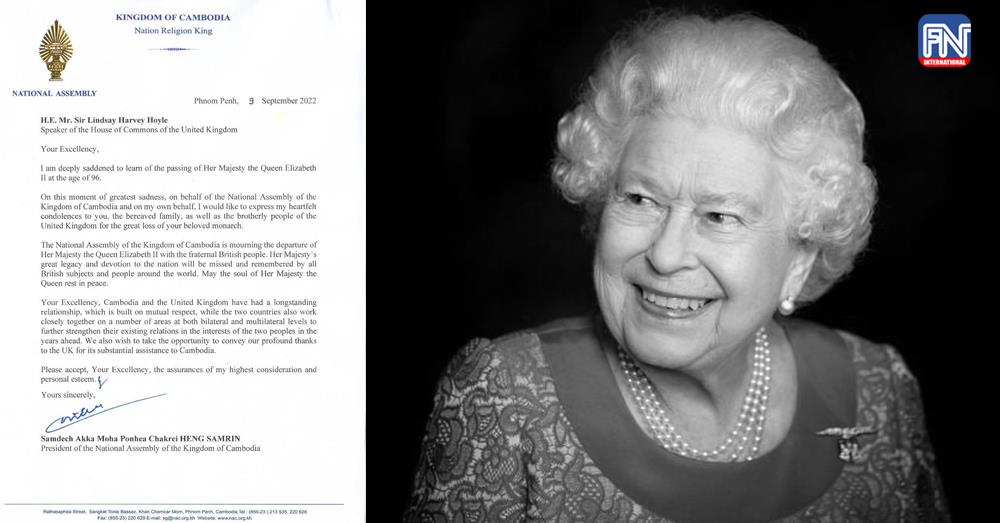