PM Hun Sen: Manet Deserves to Be Future PM Even If He’s Not My Son (Video Inside)

Siem Reap (FN), Sep. 13 – Cambodian prime minister Hun Sen said that even though Hun Manet is not his son, Manet truly deserves to be the future premier of Cambodia due to his exceptional capabilities.

“I would like to clarify that even though Hun Manet is Chea Sophara’s son or Prasidh’s son, I still support him because he is qualified. I support anyone who can lead the Cambodian People’s Party (CPP) and the kingdom. So, stop spread the baseless accusation that I support only my son to be prime minister,” the premier underlined.

“Every day, I learn about baseless argument on having my power transferred to my son. Bear in mind that I do not educate my son to be a bad citizen. If he is capable to be prime minister, I strongly support him and of course I can not let my son destroy the country’s achievements,” the premier continued.

Samdech added, “even if I quit premiership, no political parties can complete with the CPP”.

On 24 December 2021, Manet was elected as candidate of future Cambodia's prime minister during the 43rd Central Committee Meeting of the 5th Mandate of the CPP.

Hun Manet, the eldest son of premier Hun Sen, is currently an army commander of Royal Cambodian Army. Manet received a bachelor's degree from West Point in 1999. He also received a Master of Arts in Economics from New York University in 2002, and a doctorate from the University of Bristol in 2008.
=FRESH NEWS 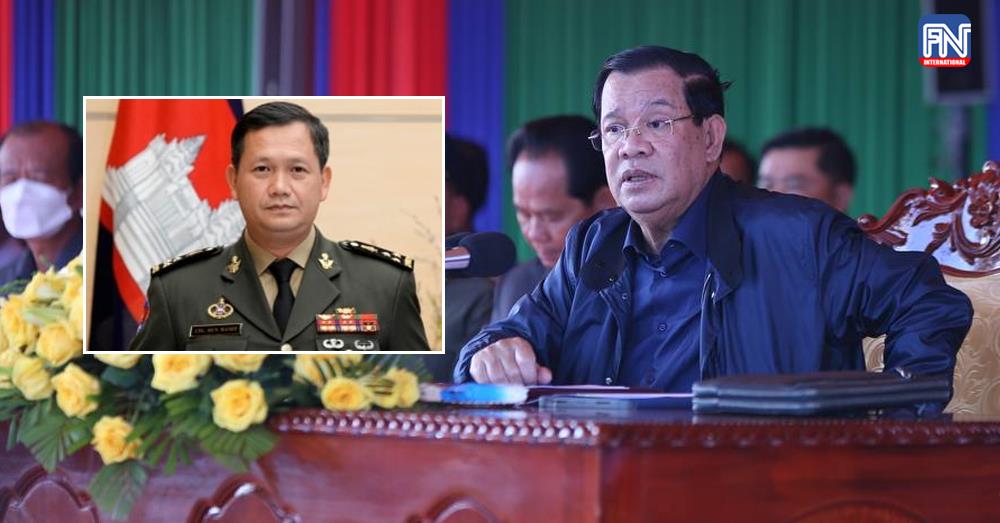