Siem Reap (FN), Sep. 13 – Cambodian prime minister Hun Sen assured that he will not neither disappoint the citizens’ wills who voted for Cambodian People’s Party (CPP), nor the king’s wish who appointed him as the premier, speaking during a meeting on Tuesday morning (Sep 13) in Siem Reap province.

Samdech pledged to maintain peace and develop the kingdom.

“I will definitely not disappoint the king, who appointed me as the Cambodian premier and granted me the title as Techo. I pledged to maintain peace and protect the citizens at all costs,” the premier underlined.

In his capacity as the premier, Samdech has worked hard to protect the citizens during the COVID19 outbreak through a nationwide vaccination campaign program.

Samdech thanked citizens nationwide who voted for the CPP and hoped they will continue to vote for the CPP in the upcoming national election, which will take place on 23 July 2023.
=FRESH NEWS 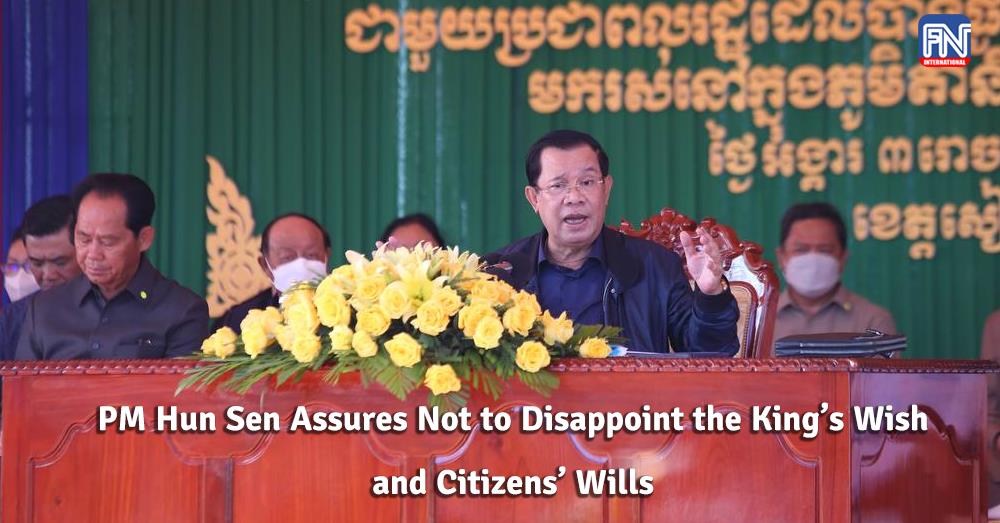