Siem Reap (FN), Sep. 13 – Cambodian prime minister Hun Sen asked League for Democracy Party (LDP) president Khem Veasna and his supporters to clarify the gathering activists at the Kulen mountain because some people accused that the premier is behind the actions of Khem Veasna.

“I cannot use armed forces to suppress our citizens who have a religious belief. I would like to asked Khem Veasan and his supporters to clarify on this case because there was a baseless argument said that I was behind this case,” the premier underlined.

The premier added, “if he used the armed forces, many innocent citizens would definitely suffer.”
=FRESH NEWS 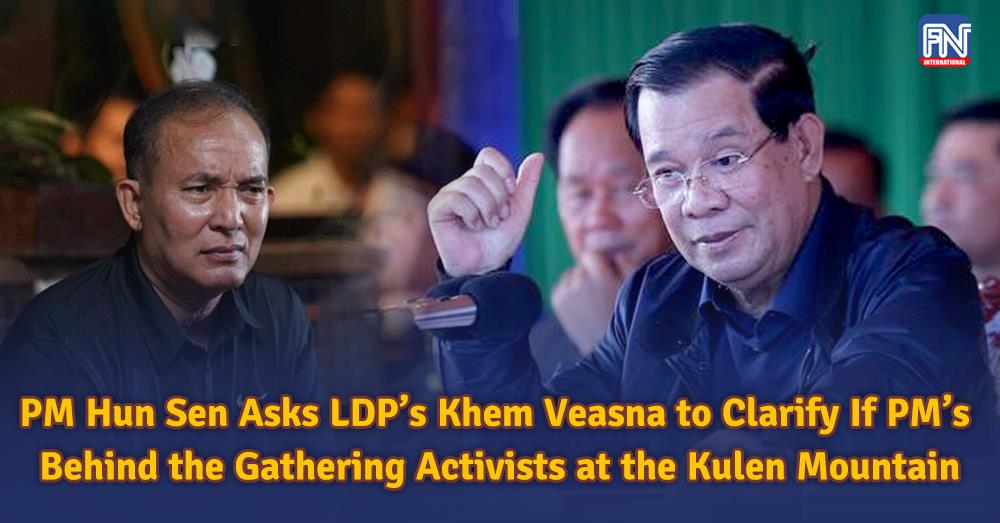