“Cambodia continues supporting regional integration as well as ASEAN’s integration with regional and global economic partners through collaboration and contribution with other nine ASEAN Member States toward building the ASEAN Community, especially the ASEAN Economic Community, in accordance with ASEAN Economic Blueprint 2025 and strengthening dialogue with external partners,” the premier underlined.

On behalf of the Royal Government and People of Cambodia, Samdech supports and believes in the core principles stipulated in the ASEAN Charter, particularly ASEAN’s consensus and centrality, which are the fundamental for ASEAN-led mechanisms, aimed to maintain peace, stability, security and development in both region and the world.

“In fact, during the past 30 years of regional economic integration, since the establishment of the ASEAN Free Trade Area (AFTA) in 1992 and the adoption of the ASEAN Economic Community Master Plan 2015 and 2025, we have been working in unity to establish ASEAN region as a single market and production base by deepening trade and investment liberalization in compliance with international law and multilateral trading system,” the premier continued.

Samdech added, “These efforts have made significant contribution to strengthening the development of ASEAN in all sectors, particularly transforming ASEAN into the third largest economic power in Asia and the sixth largest in the world”.
=FRESH NEWS 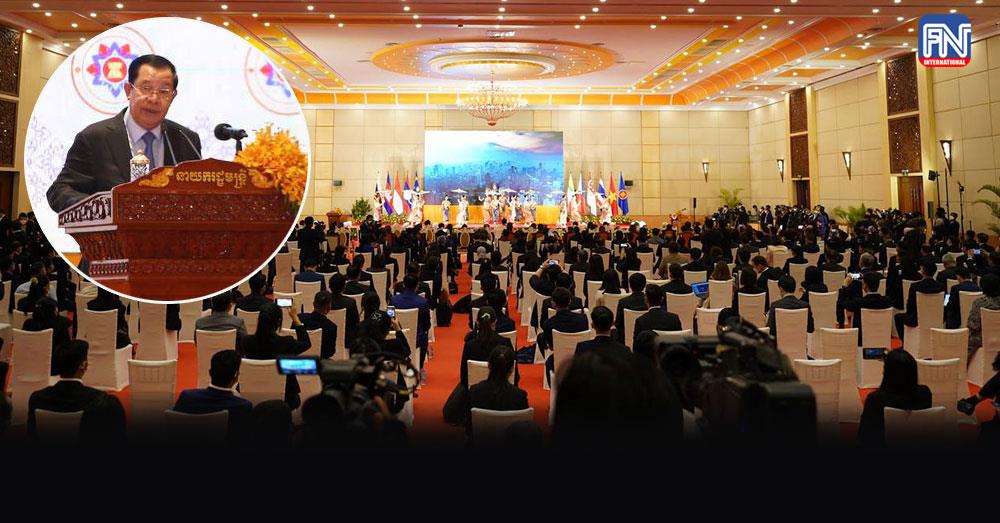 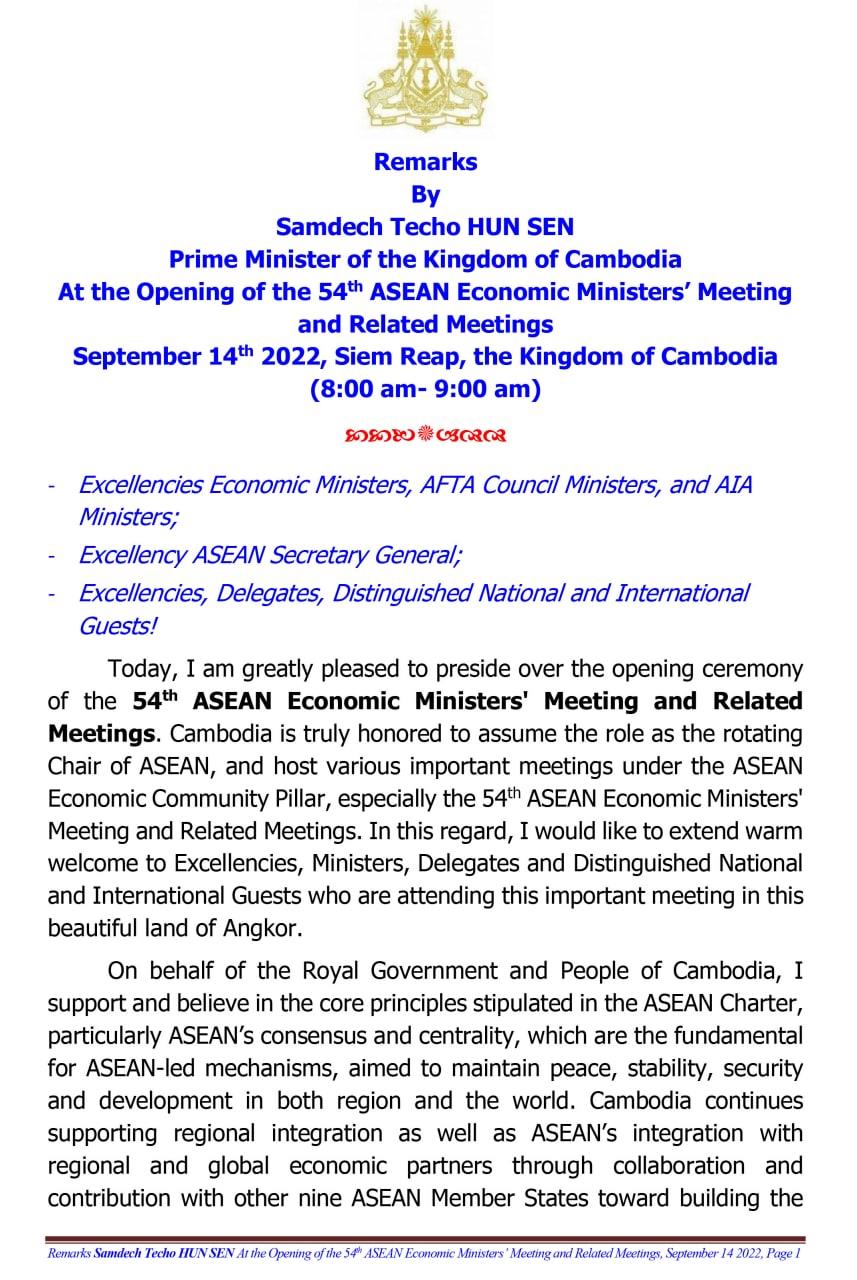 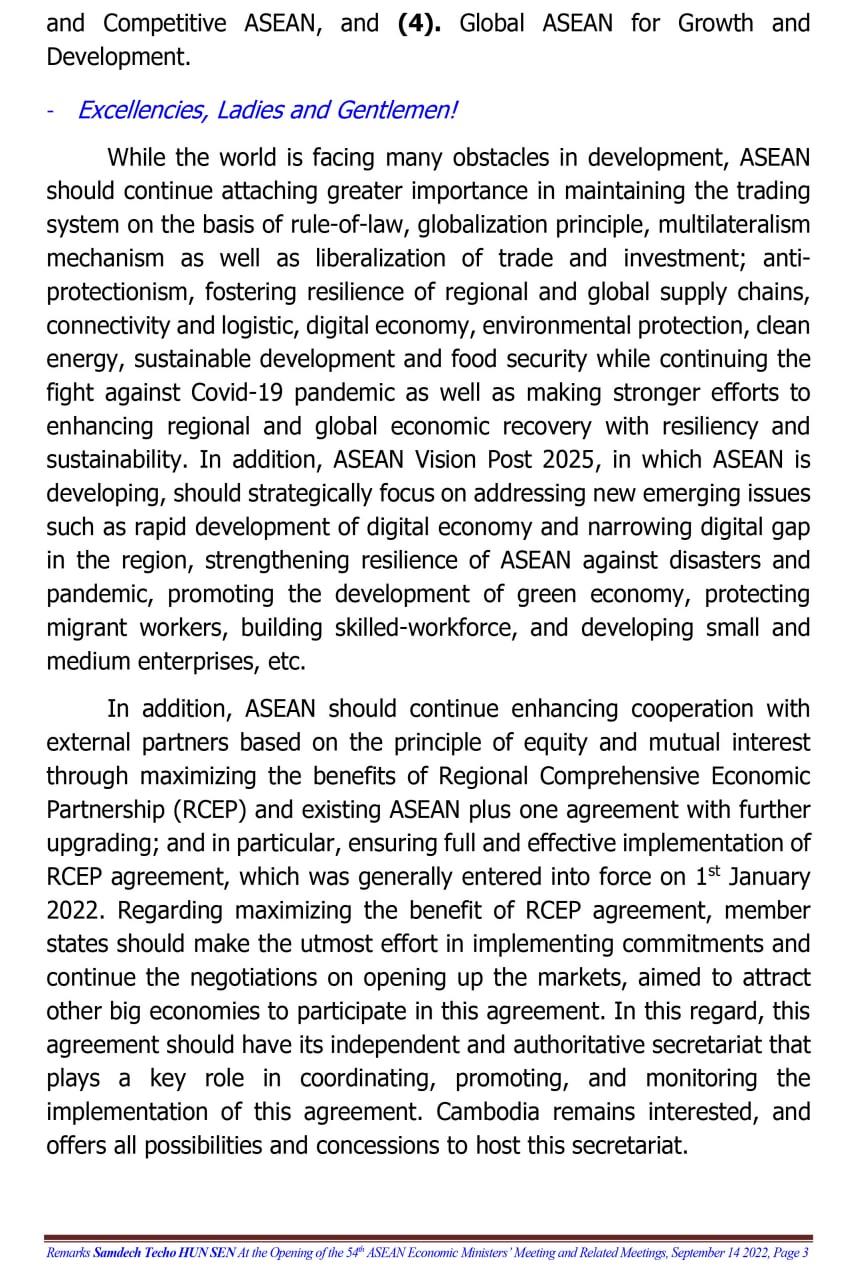 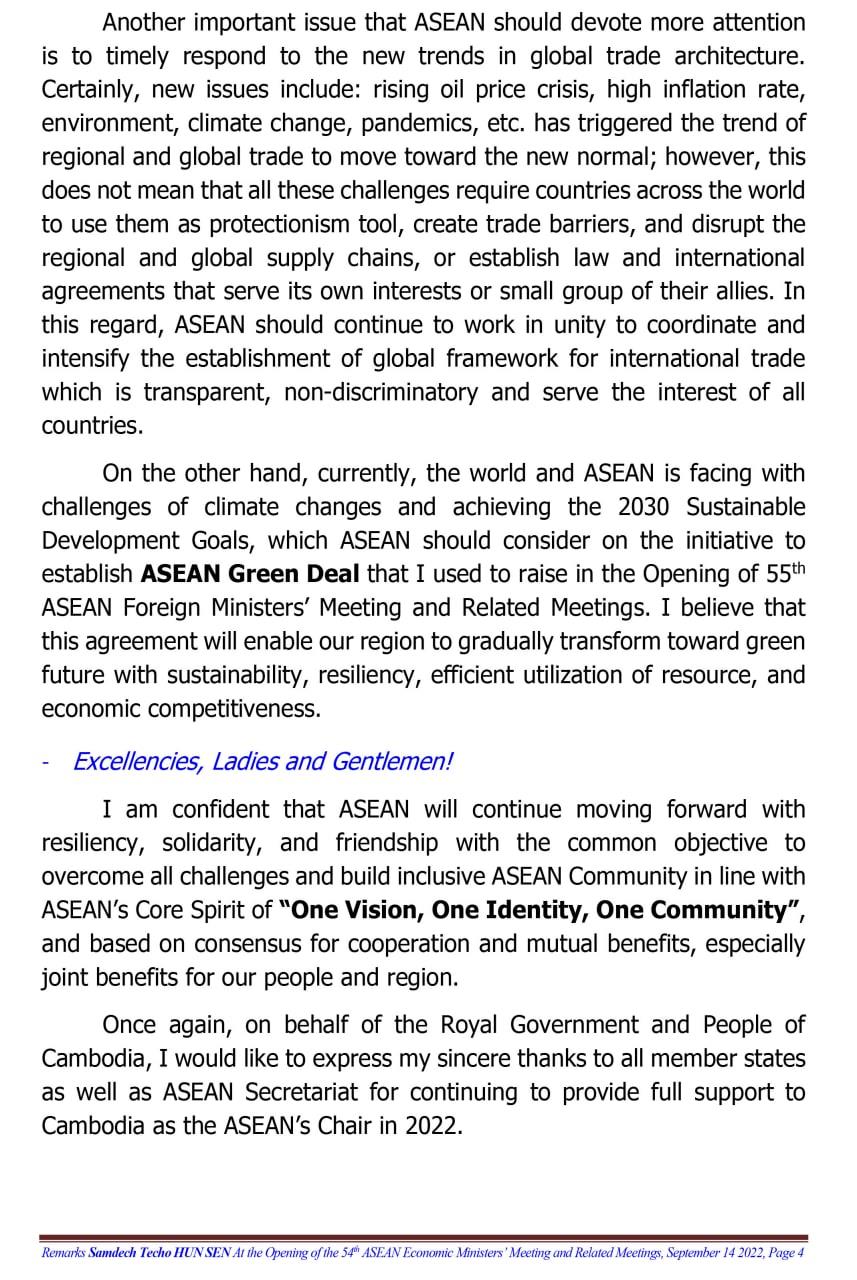 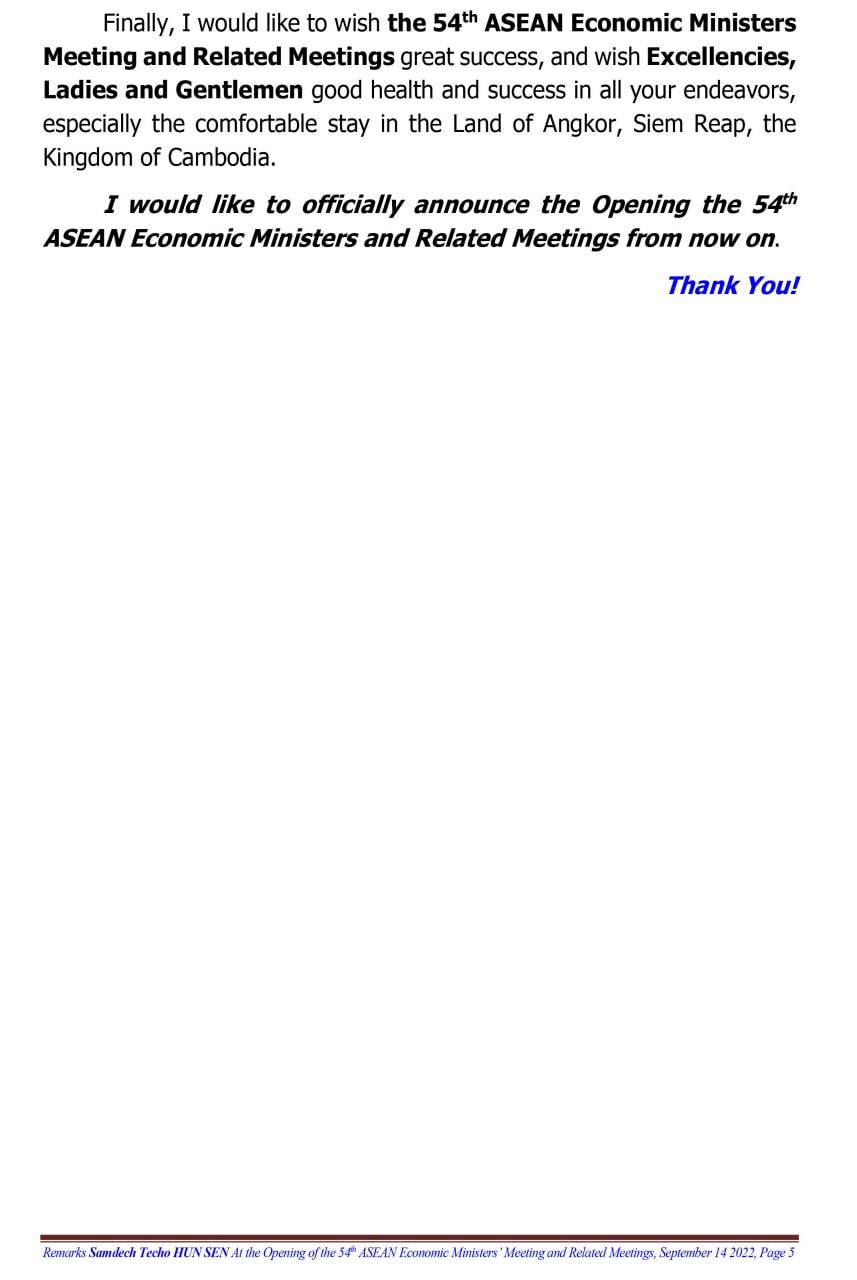 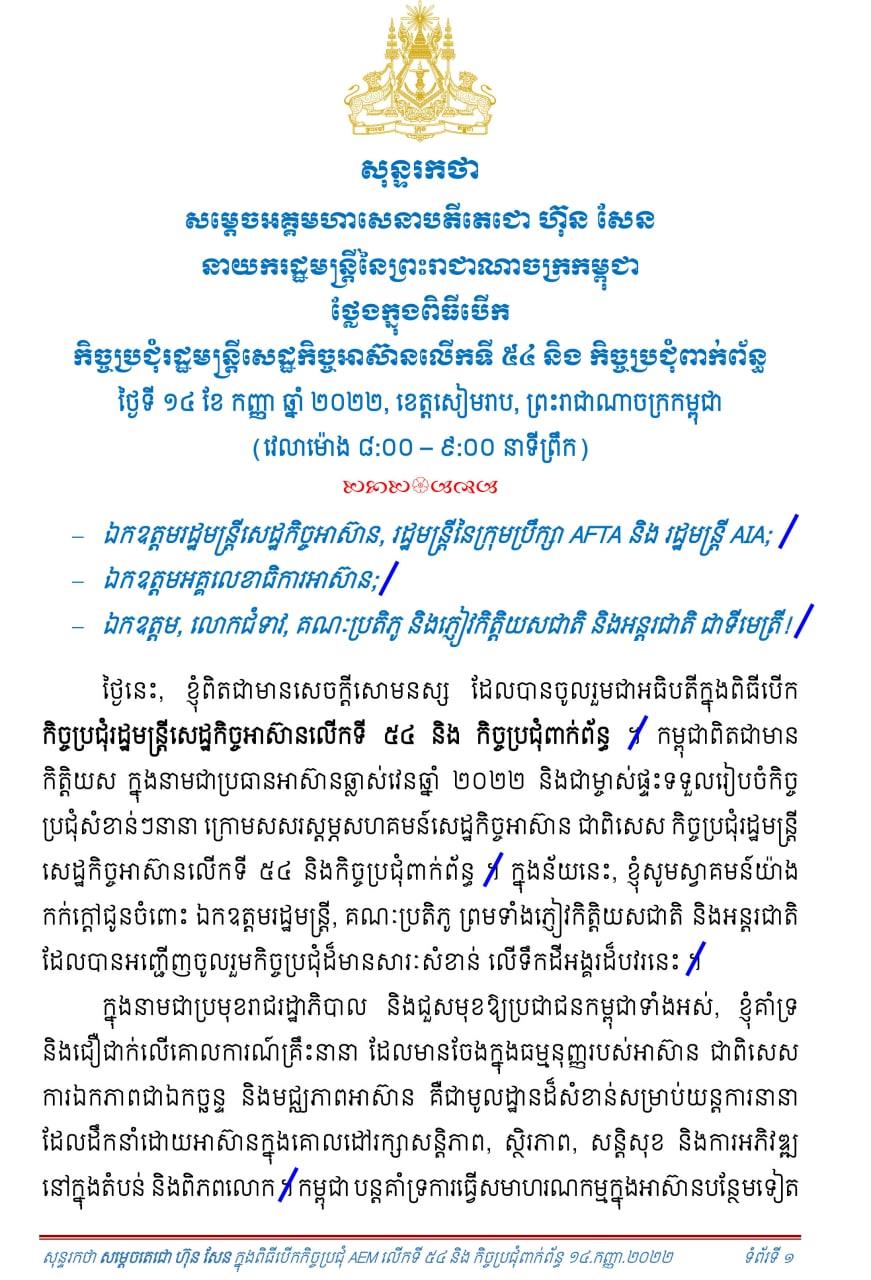 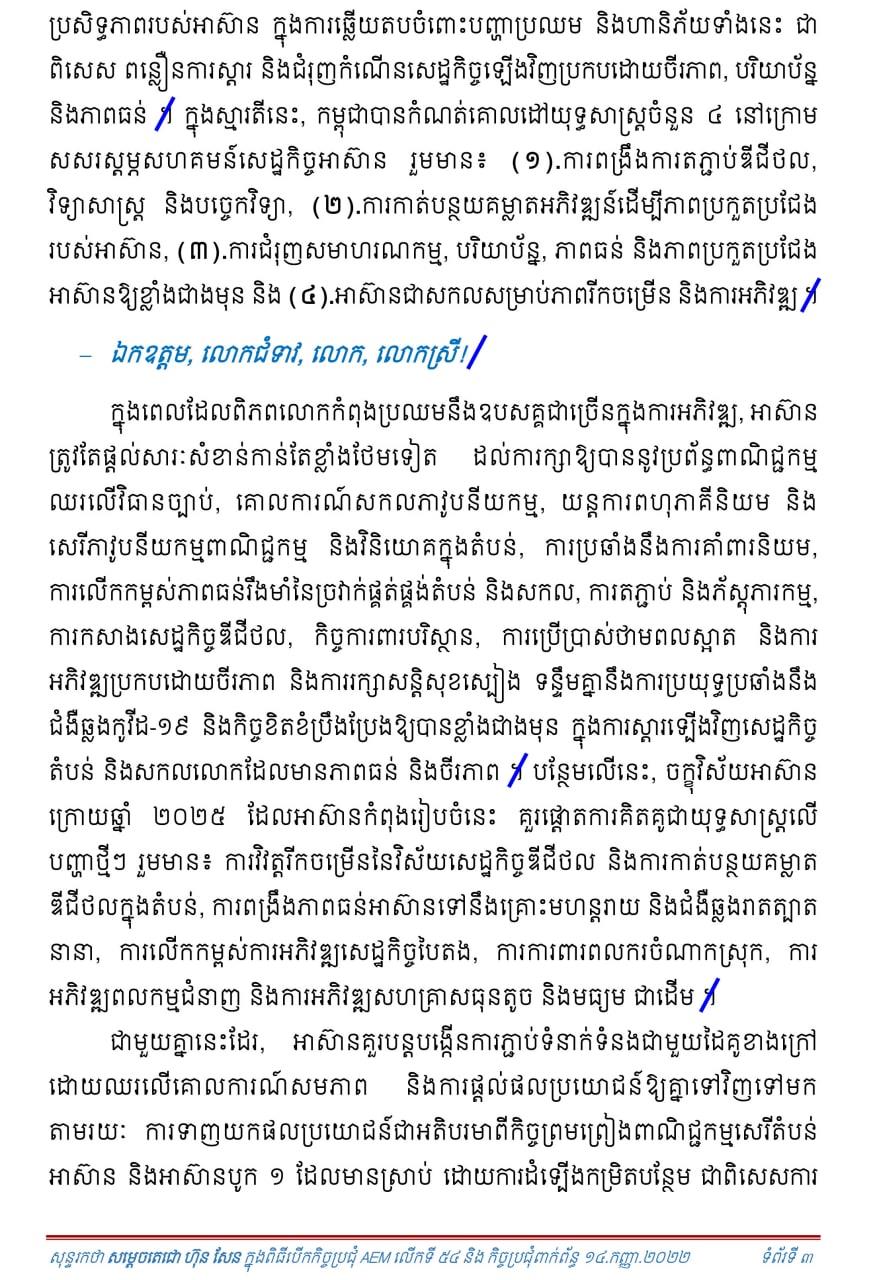 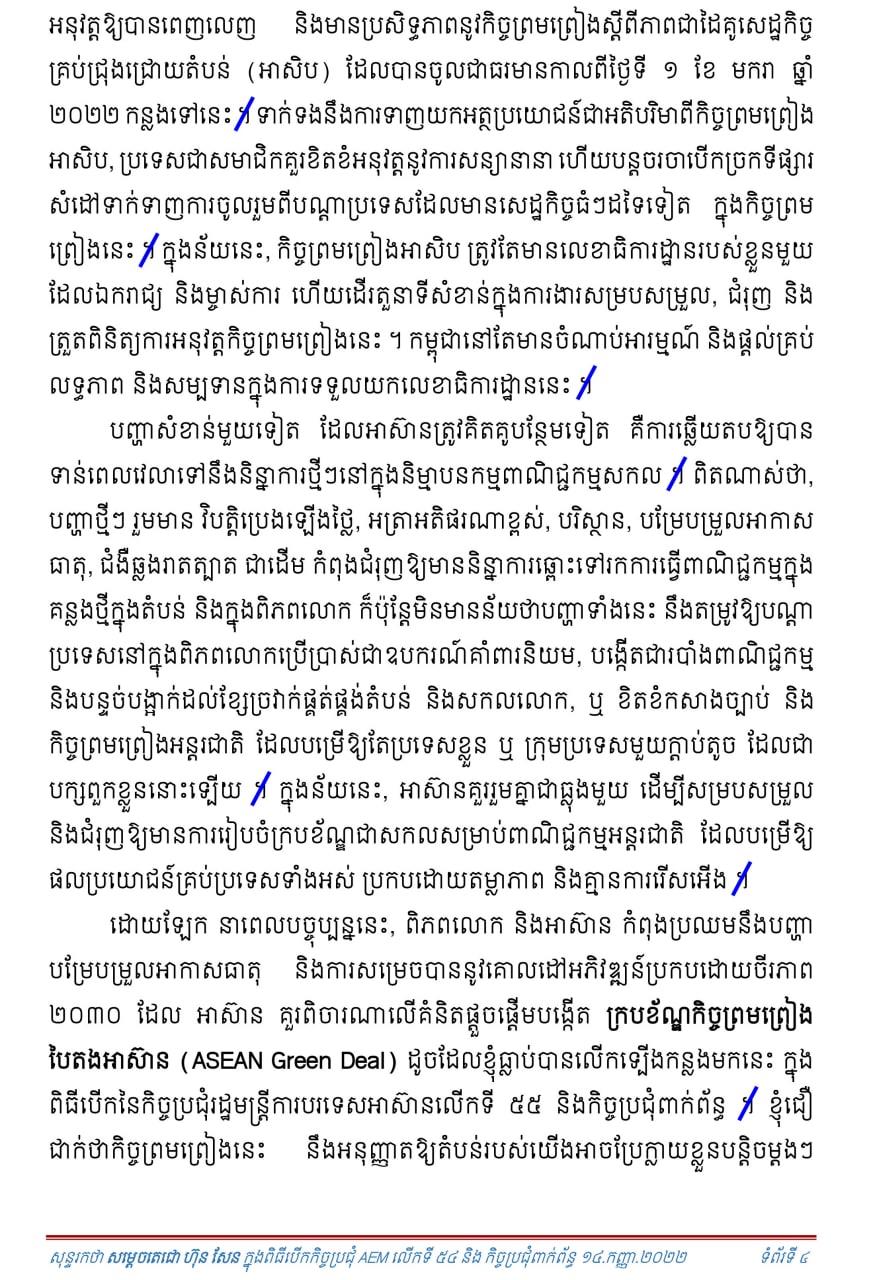 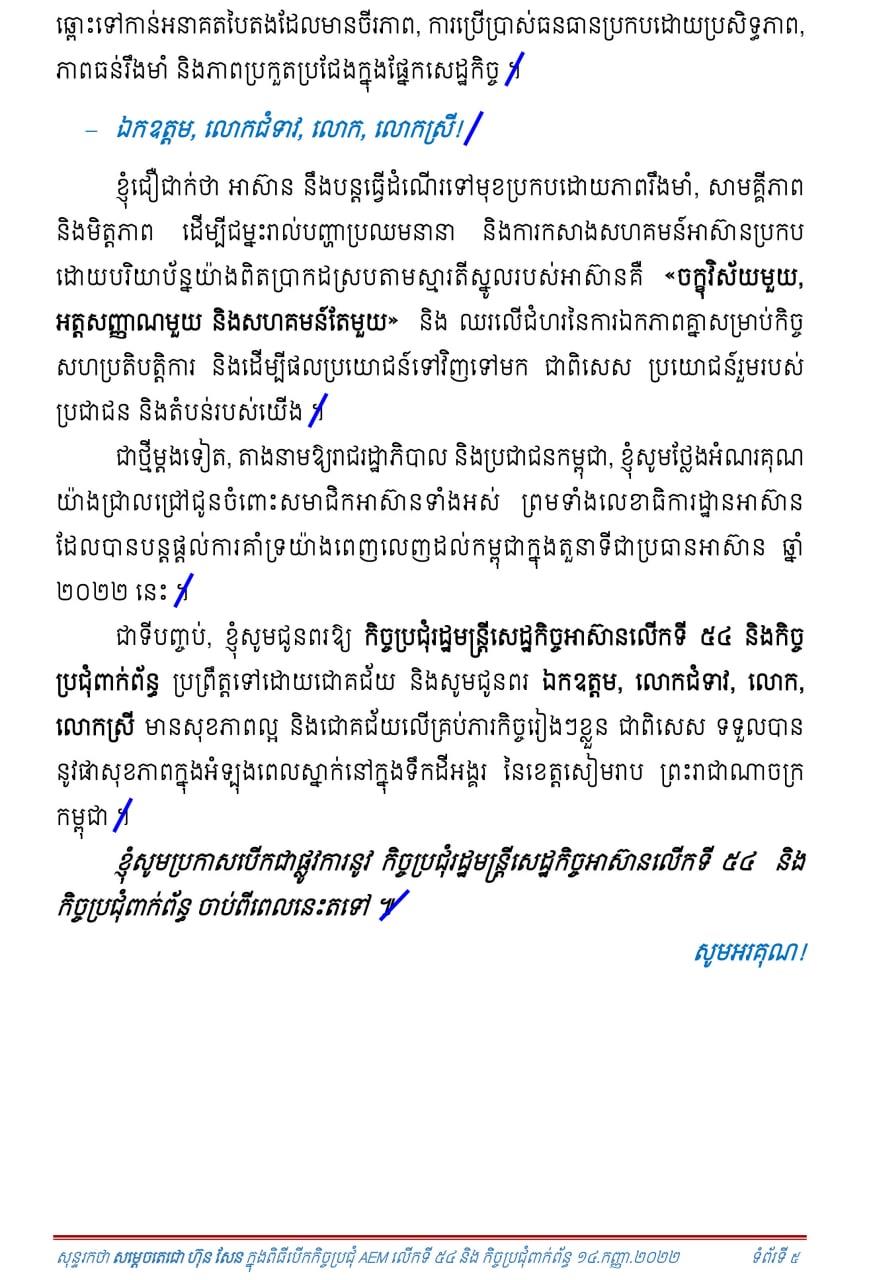