“Today the Supreme Court Chamber of the Extraordinary Chambers in the Courts of Cambodia (ECCC) upheld the life sentence handed down against former Khmer Rouge leader Khieu Samphan for genocide, crimes against humanity and grave breaches of the Geneva Conventions,” according to the statement seen by Fresh News on Friday (Sep 23).

“France welcomes this decision. We have supported the Extraordinary Chambers since they were established in 2006. Their work has helped consolidate peace and the rule of law in Cambodia, in line with the process begun by the 1991 Paris Peace Agreements.” 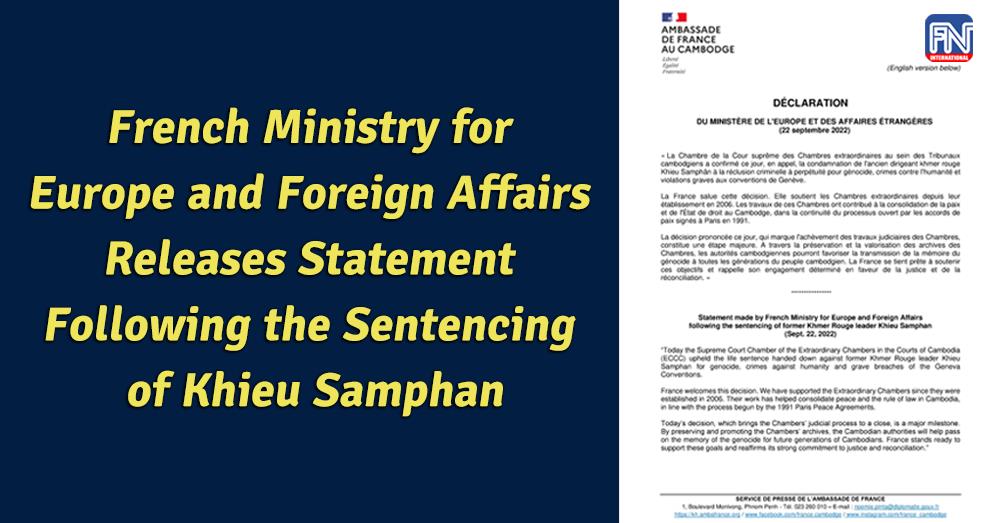 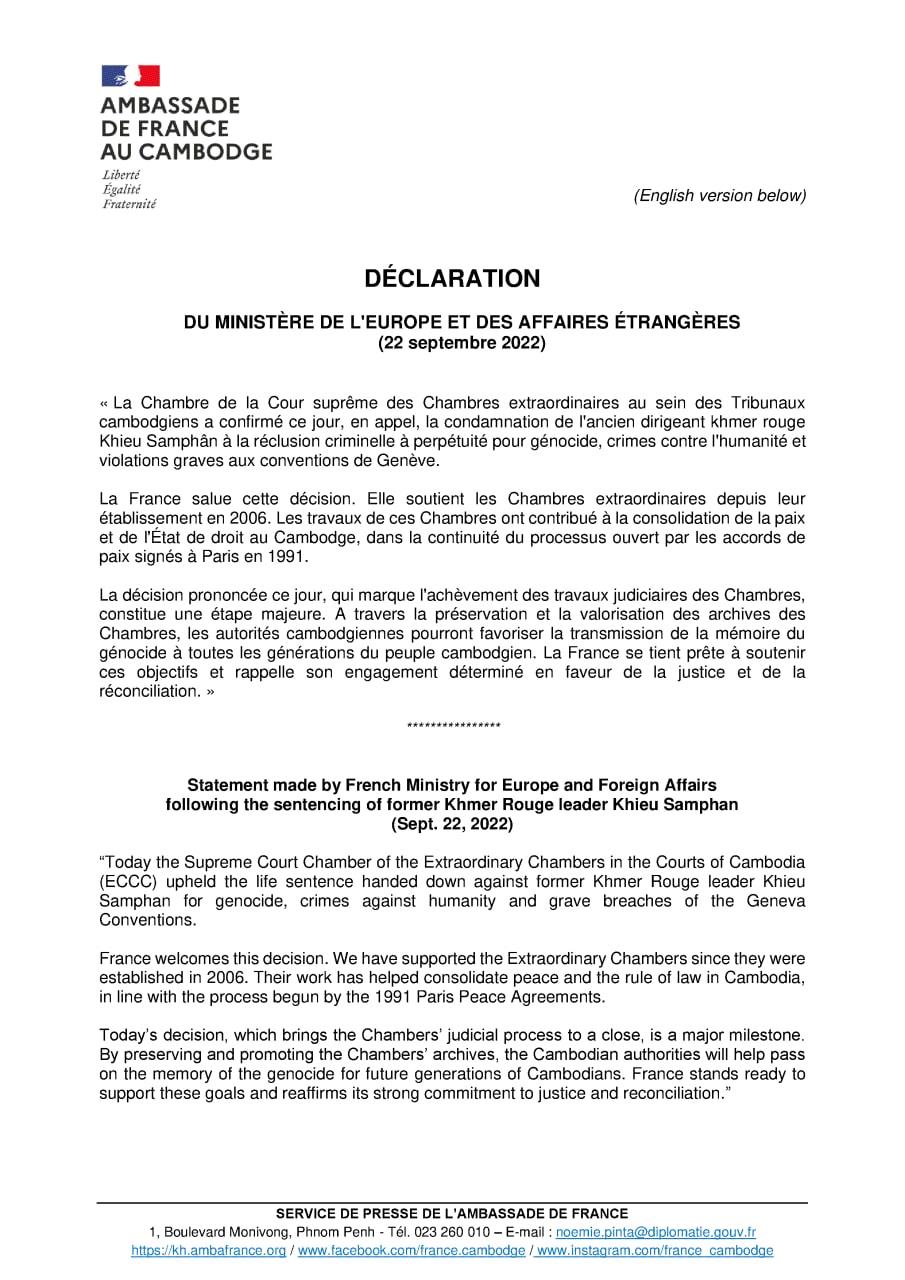