The premier met and exchanged views with the president of the European Council, held on Tuesday (Sep 27) during the premier's trip to state funeral of Japanese former prime minister Shinzo Abe.

The premier briefed his addressing at the 77th Session of the UNGA and official visit to Cuba.

Samdech also invited Charles to attend the East Asia Summit and ASEAN Summit to be held in November 2022.

Samdech also informed that he would attend the ASEAN-Europe Summit, to be held in Brussels, Belgium in December 2022 at the invitation of the European Union.

Regarding the Myanmar’s crisis, the premier informed the president of the European Council about his active efforts in resolving Myanmar’s crisis despite the difficulties and complication.

For his part, Charles thanked Samdech for a frank conversation and similar views with him on the global issues. He thanked Samdech for accepting to attend ASEAN-Europe Summit to be held in Brussels, Belgium in December 2022. In response, Charles accepted the invitation to attend the ASEAN Summit and Related Meeting, which will be held in November 2022 in Cambodia.
=FRESH NEWS 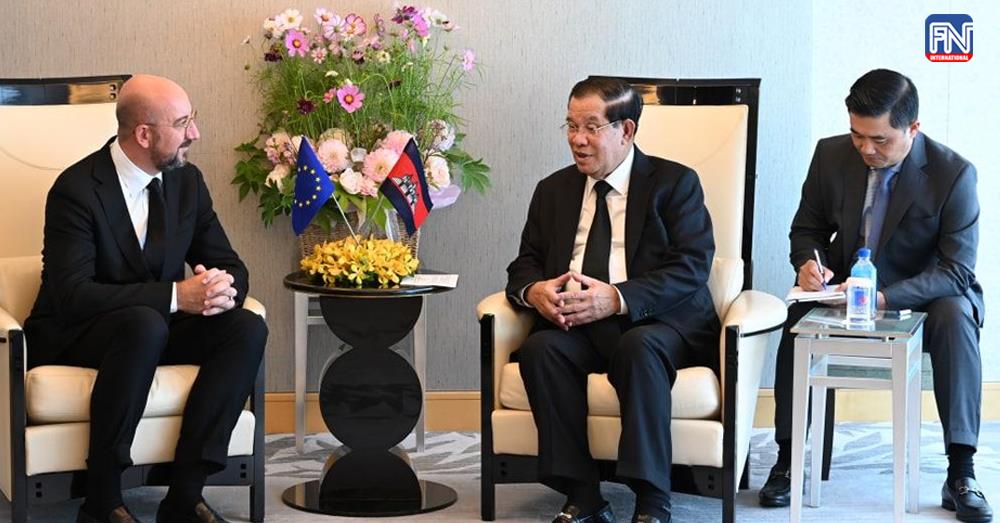