The premier instructed all religious denominations to inform their apostles to gather to review the actions taken against human trafficking.

"From this year now on, the Royal Government will set August 20 as the National Interfaith Day against Human Trafficking,” the premier underscored.

Samdech also advised all religious denominations in Cambodia to gather in the provinces, districts or in the village and commune to find out the strengths and weaknesses.

“That does not mean we only fight against human trafficking on August 20, but we do continuously for 365 days,” the premier added.

Samdech expressed his belief that the understanding of mutual trust, harmony, and religion in the kingdom has opened up cooperation opportunities in combating the human trafficking. 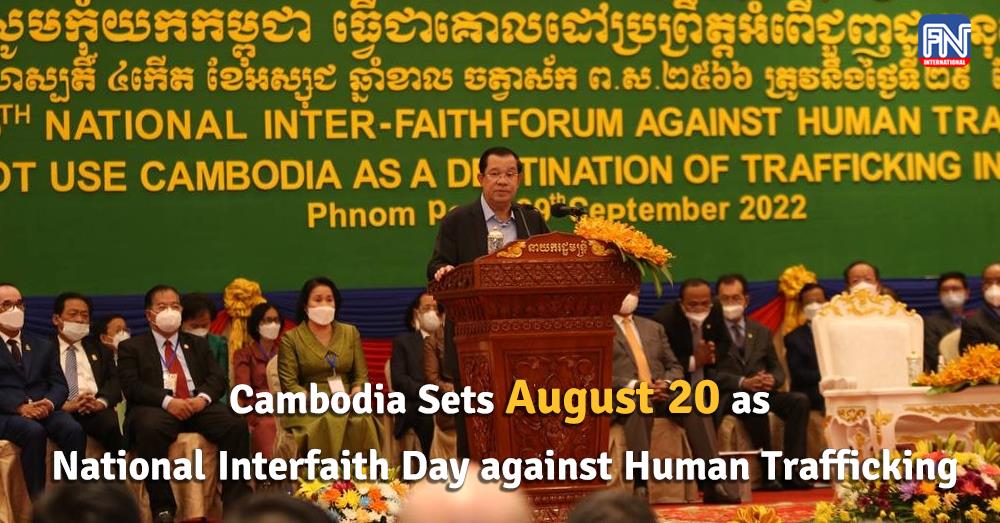