Phnom Penh (FN), Oct. 4 – Cambodian Foreign Affairs Ministry expresses its concern over the ballistic missile test-launch conducted by the Democratic People's Republic of Korea (DPRK) on 04 October 2022, which is another violation of the United Nations Security Council (UNSC) Resolutions and may escalate tensions and threaten regional peace and stability, according to the statement seen by Fresh News on Tuesday (Oct 4).

"Cambodian Foreign Affairs Ministry calls on DPRK to comply fully with all relevant UNSC Resolutions and its international obligations and calls on all concerned parties to exercise self-restraint and create an environment conducive to the early resumption of the Six-party Talks to bring about a complete, verifiable, irreversible, and peaceful denuclearization of the Korean Peninsula."
=FRESH NEWS 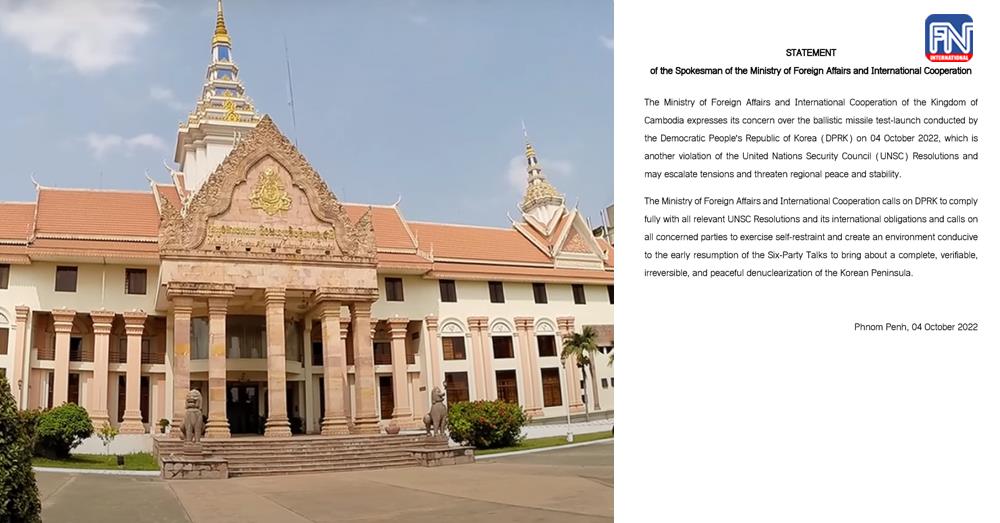 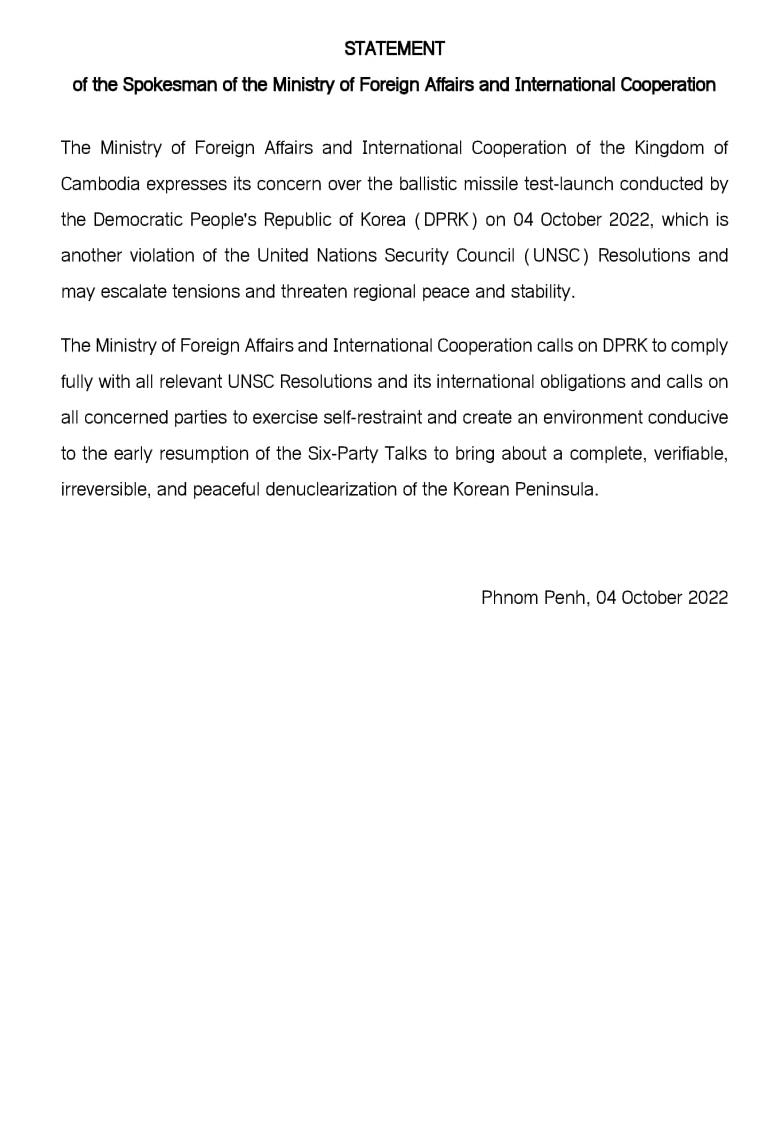 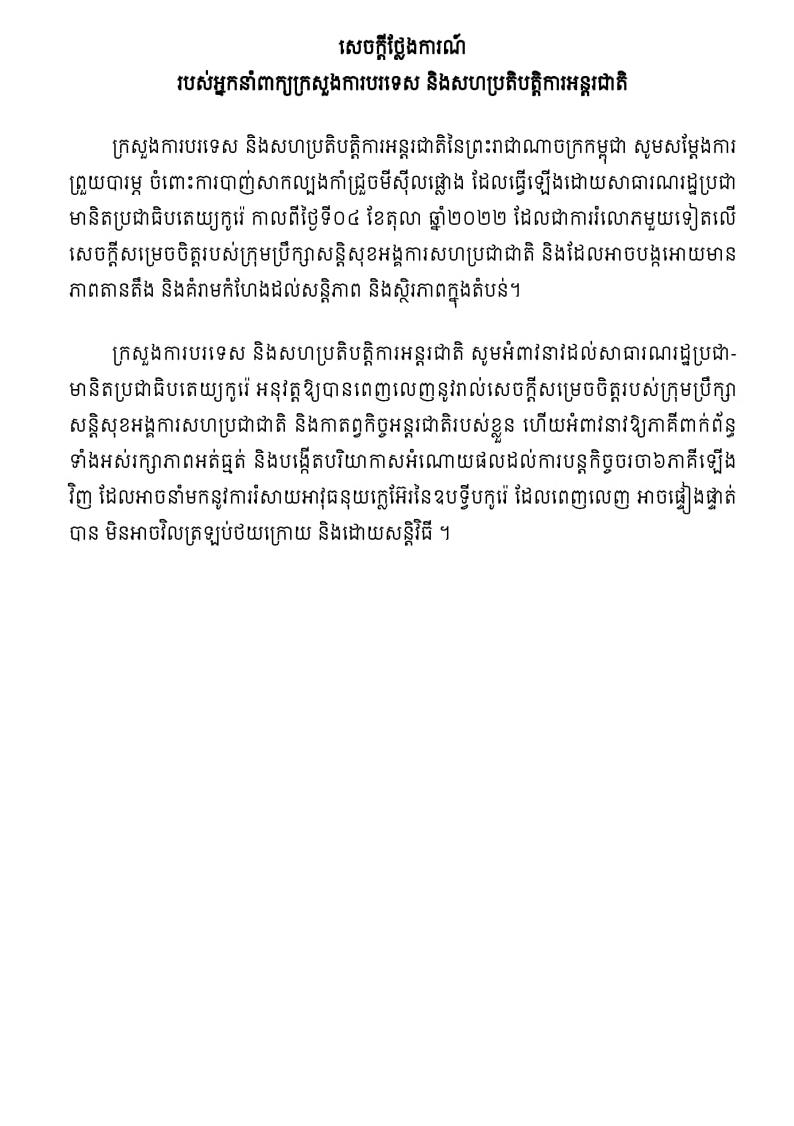