Phnom Penh (FN), Nov 21 – On the occasion of the 43rd General Assembly of the ASEAN-Interparliamentary Assembly (43rd AIPA) from 20-25 November 2022, in Phnom Penh, Cambodia.

"The presidents of the National Assemblies of the Kingdom of Cambodia, the Lao People's Democratic Republic (PDR), and the Socialist Republic of Viet Nam, discussed the Cambodia-Laos-Vietnam (CLV) parliamentary cooperation to further enhance the traditional friendship, good neighbourliness, and comprehensive and long-lasting cooperation of the three countries," according to the statement seen by Fresh News on Monday (Nov 21).

The presidents of the CLV National Assemblies issued the Joint Statement on the Establishment of CLV Parliamentary Summit and set forth the official adoption of the Rules of Procedure.

In the statement, the three presidents expressed a strong commitment to further broaden and deepen the parliamentary cooperation and partnership to preserve and safeguard the close and mutually beneficial cooperation between the three legislatures, thereby promoting the political, cultural, economic, and security cooperation for socio-economic development of the three countries.

The three presidents agreed to elevate the existing mechanism of the CLV Foreign Affairs Committees/Commissions Meeting to "CLV Parliamentary Summit". The Summit aims to (1) further deepen friendly relations, solidarity and comprehensive cooperation among the CLV countries; (2) promote the exchange and dissemination of information, experiences and good practices on the functions and duties of the CLV National Assemblies; and (3) mobilise financial resources to implement the programmes and projects under the framework of the CLV Development Triangle Area (CLV-DTA). The first Summit will be hosted by the National Assembly of the Lao PDR in 2023.

This parliamentary cooperation framework will generate more tangible benefits, based on mutual respect, mutual understanding mutual trust and mutual interest for peace and prosperity (M4P2), for the peoples of the three countries and beyond.
=FRESH NEWS 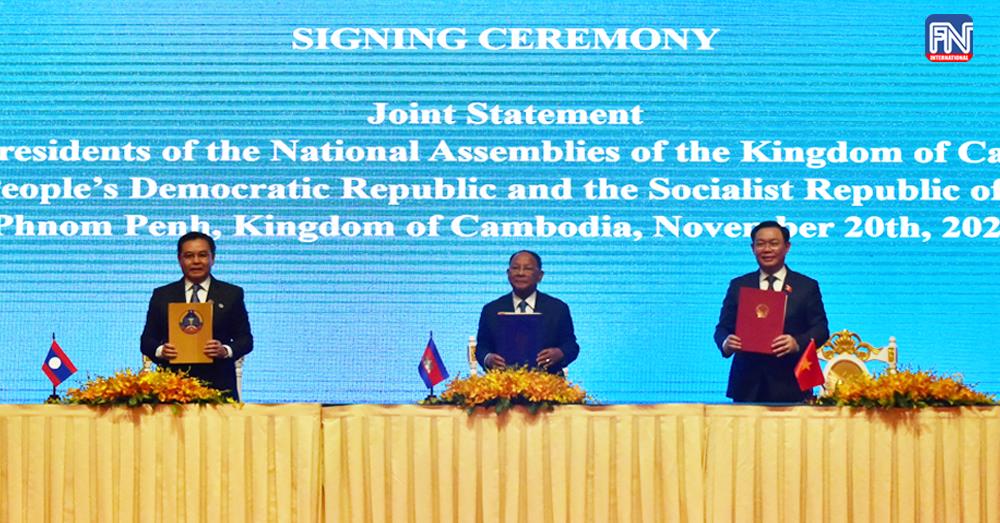 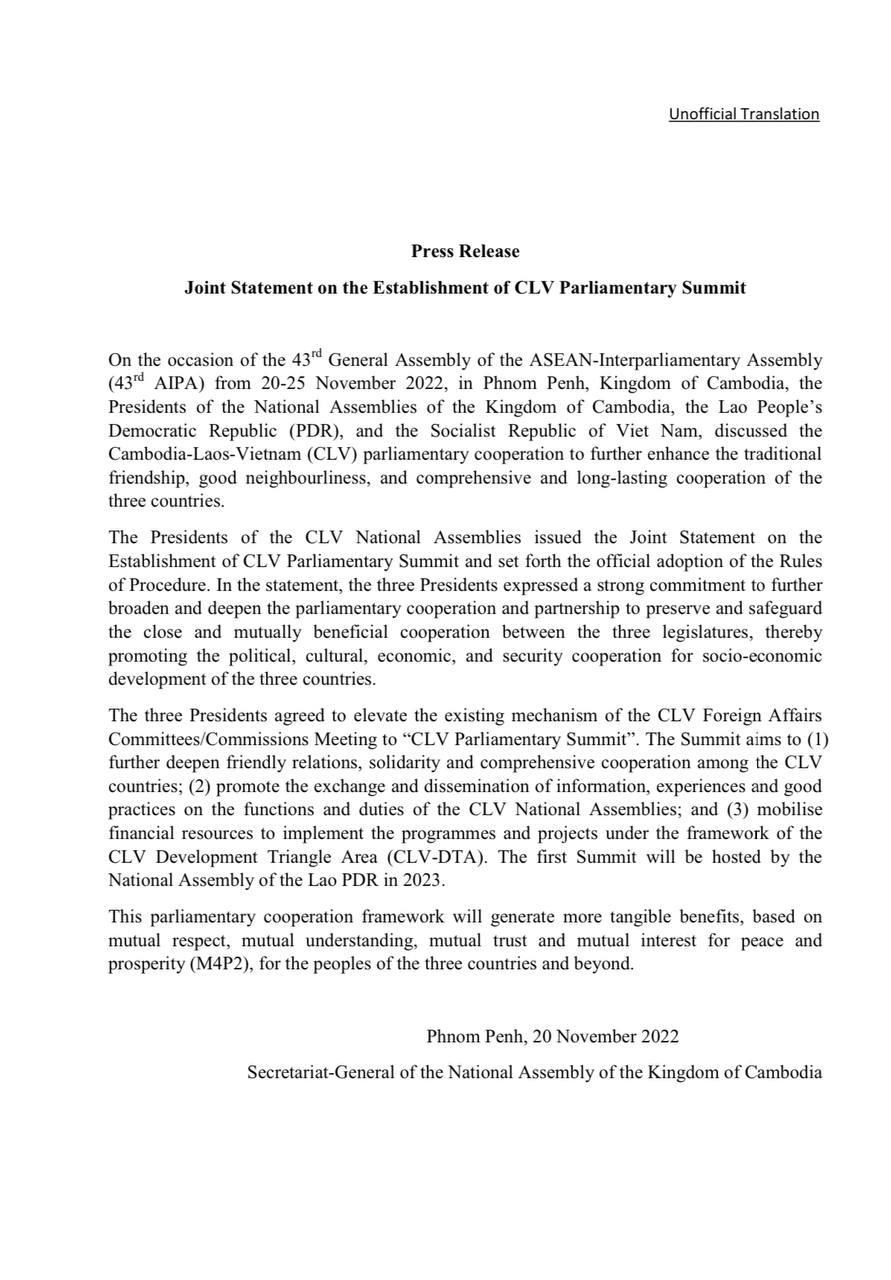 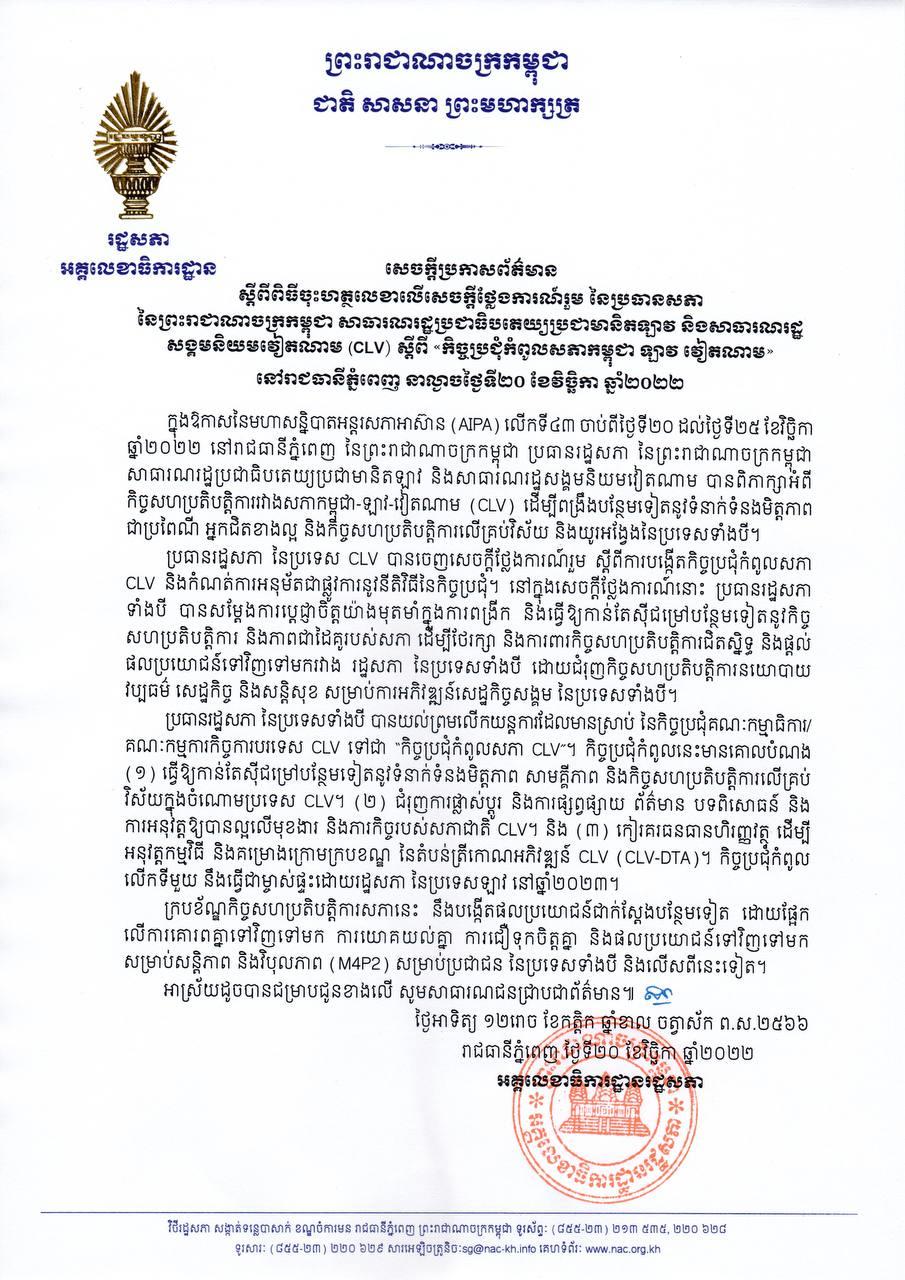 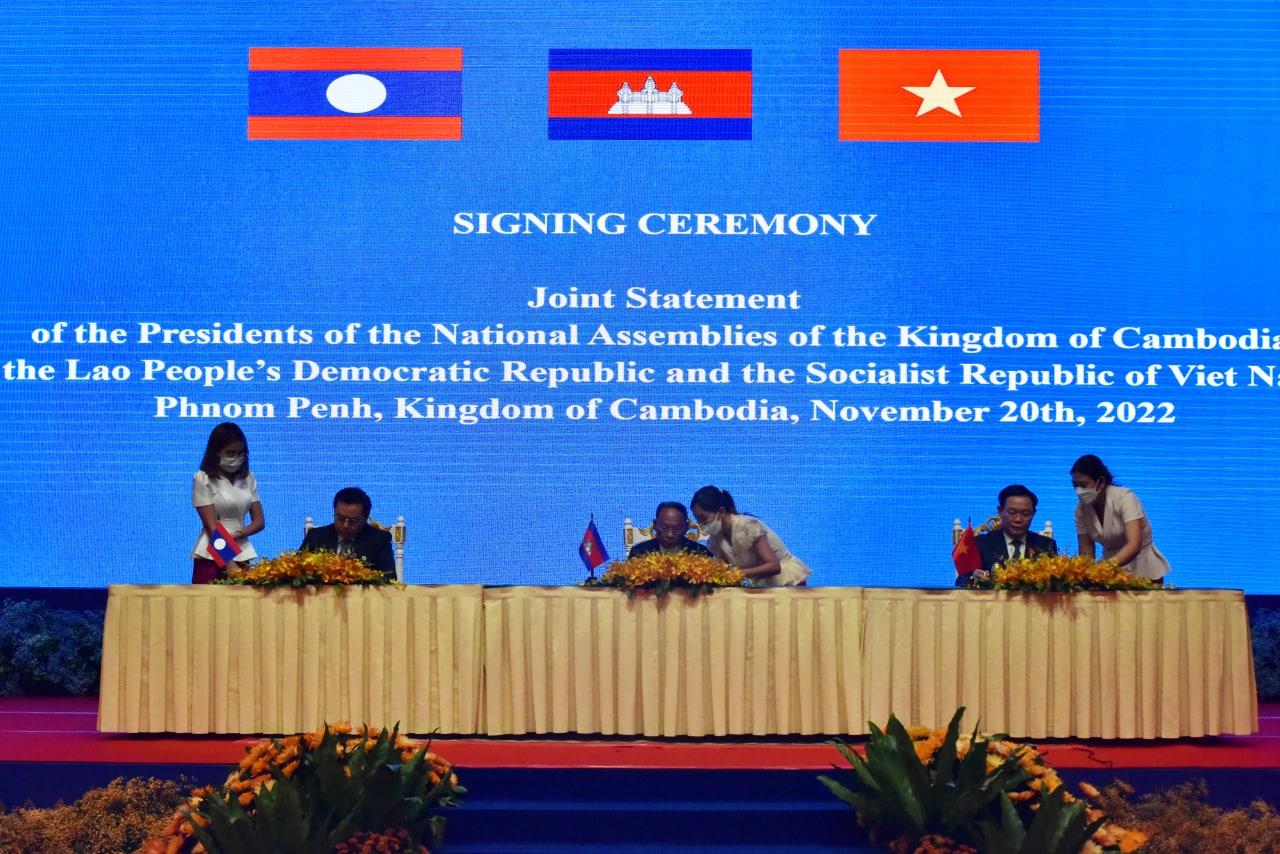 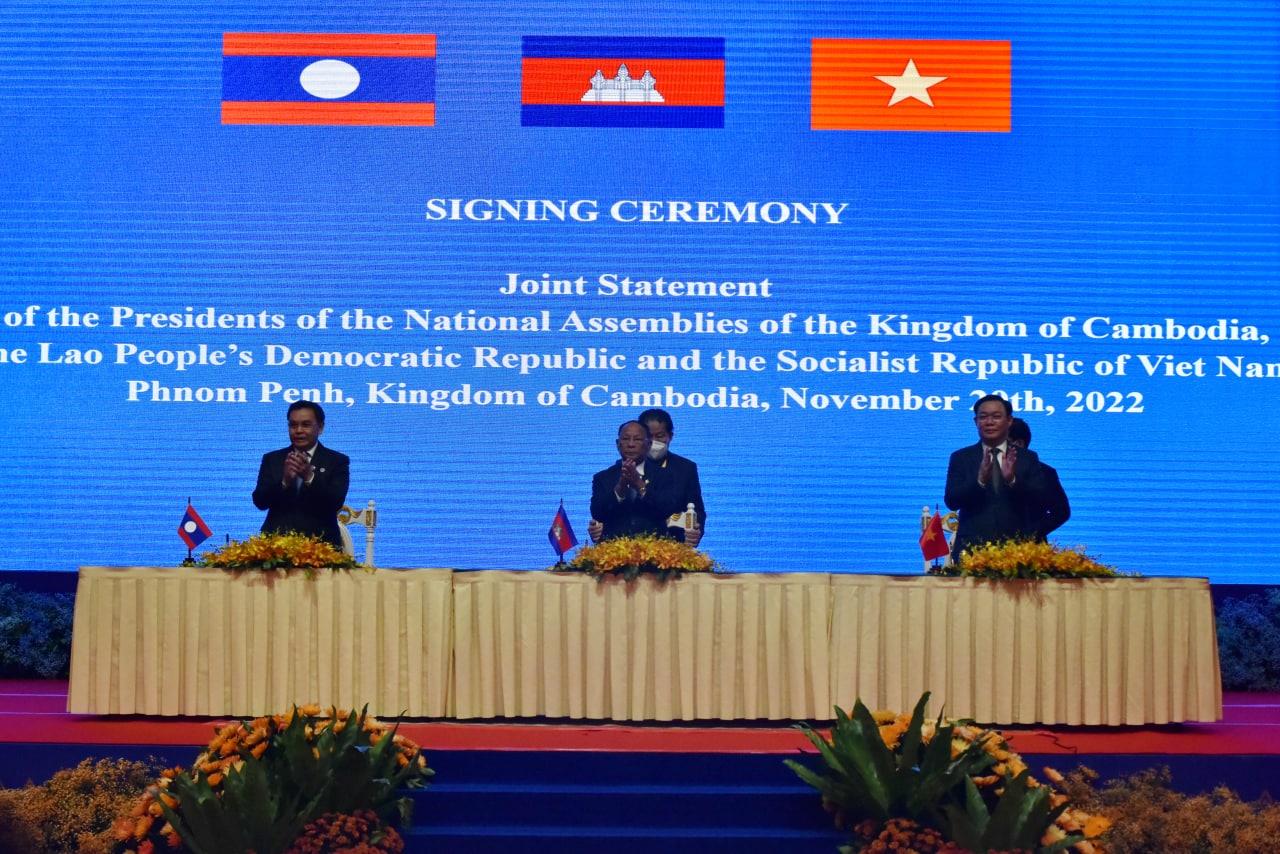 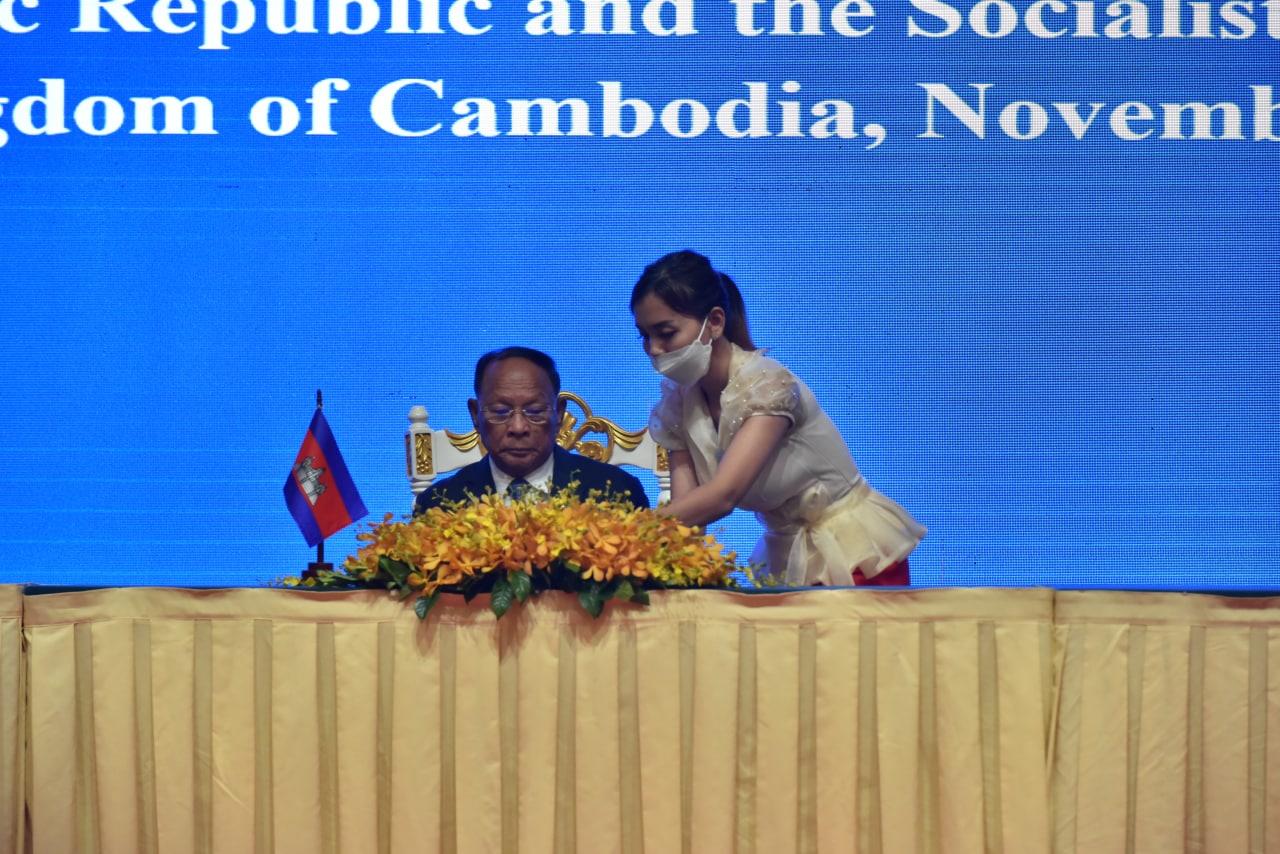 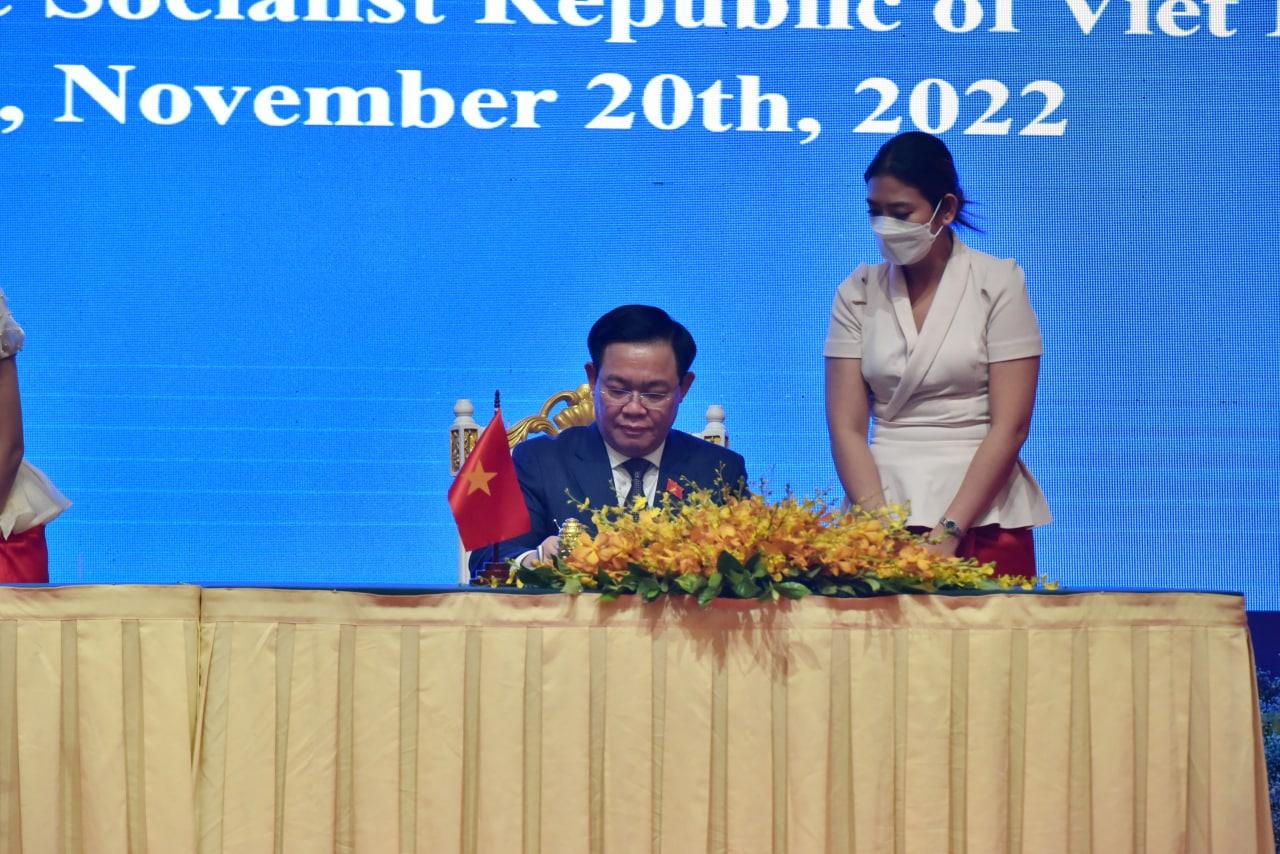 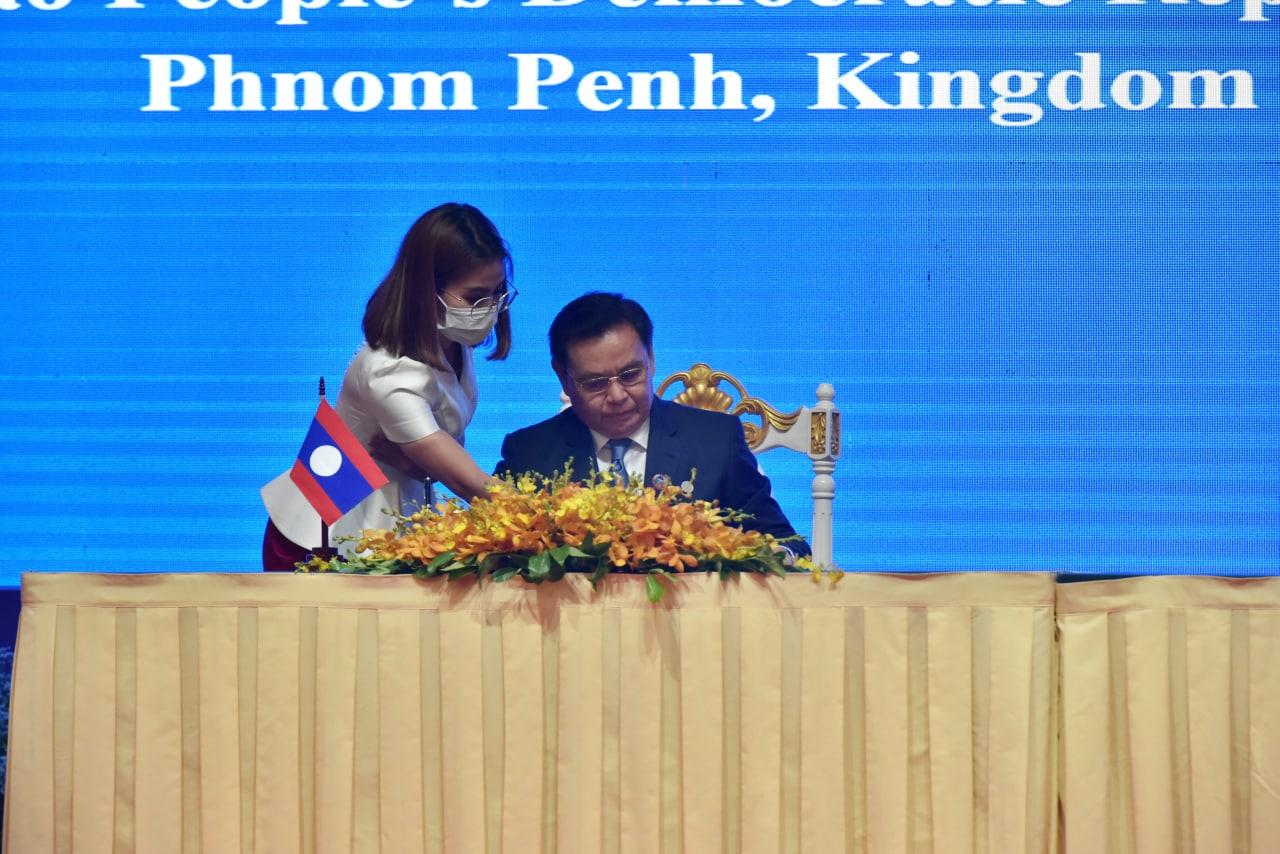 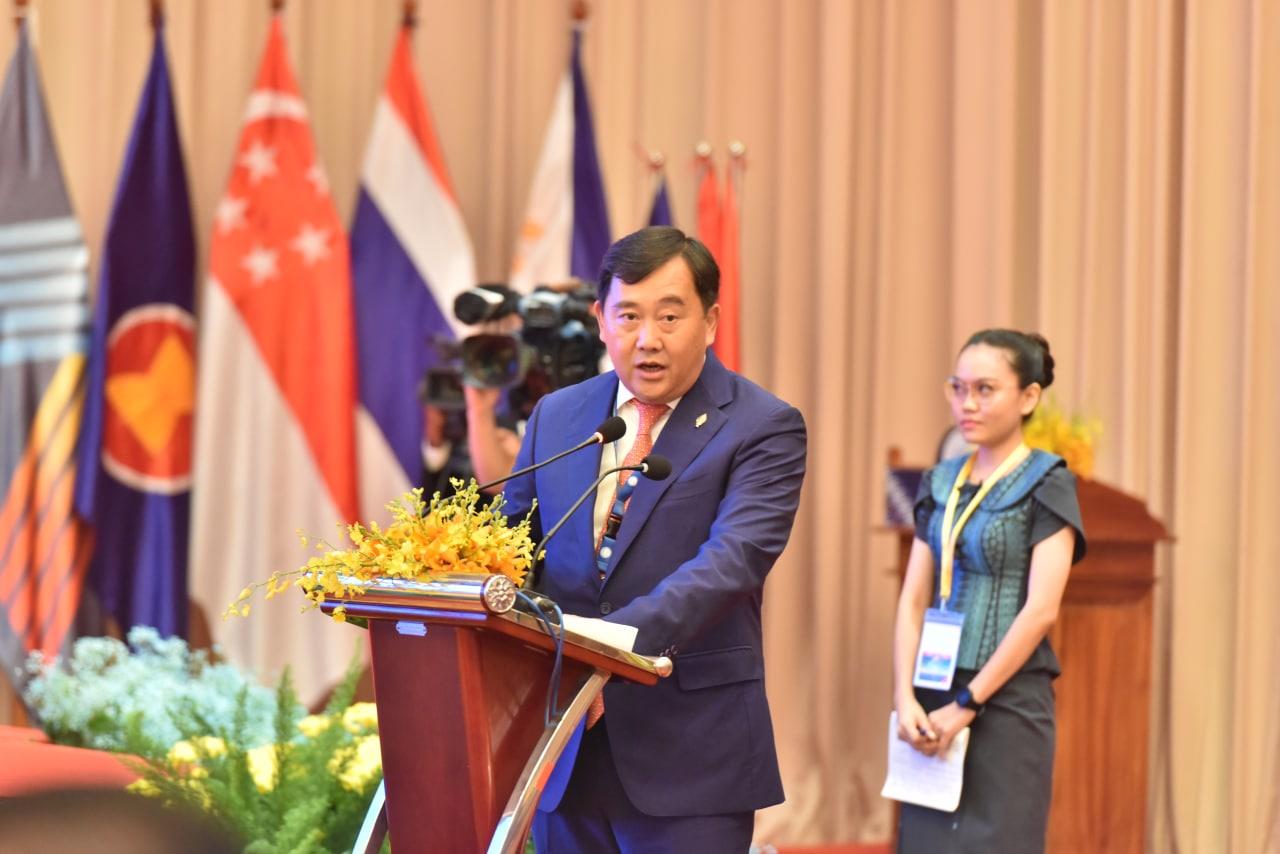 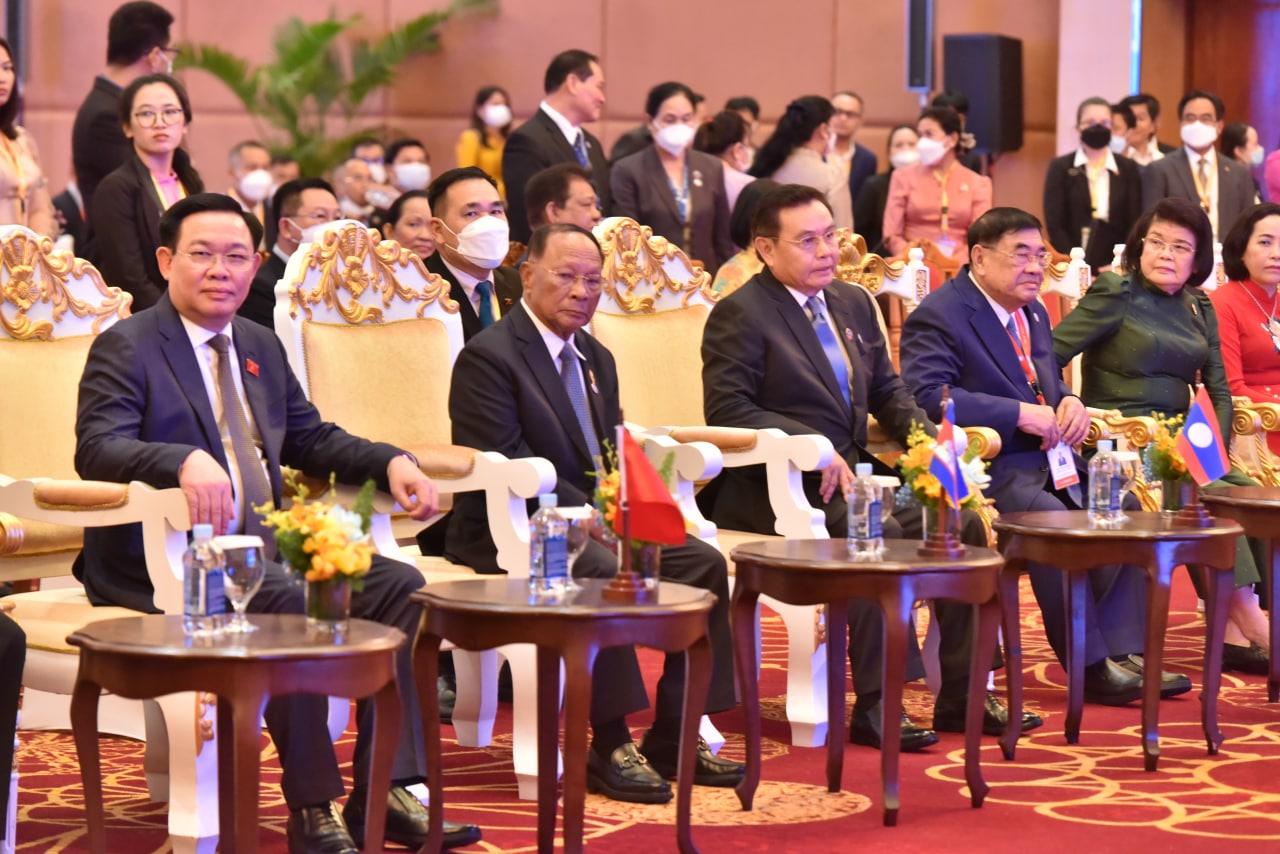 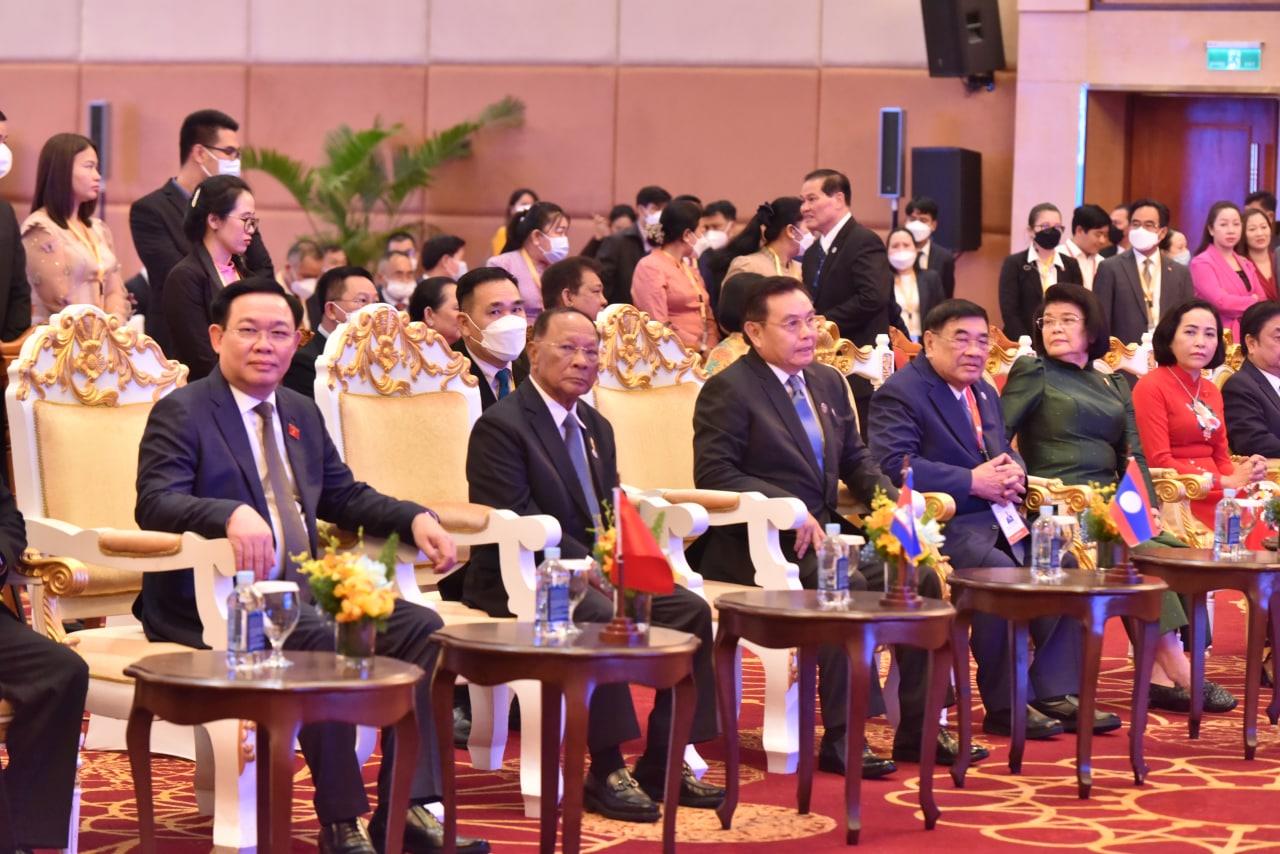