The two sides exchanged views on defense and security issues between the two countries, as well as regional and global issues.

Wei Fenghe expressed his admiration for the wise leadership of Samdech Hun Sen, who has worked hard to lead and build the kingdom from the difficult stages to rapid development. He also congratulated Cambodia for the success of 2022 ASEAN Chairmanship.

Taking this occasion, he also expressed his happiness for the better relations between Cambodia and China and joint efforts to tackle all challenges. In particular, the two countries' armies are having better relations and cooperation that further strengthen national defense.

Wei Fenghe reassured that China will continue to support the kingdom's development in line with the great aspirations of the Royal Government and the people of Cambodia.

For his part, the premier thanked the defense minister for attending the ASEAN Defense Ministers' Meeting Plus (ADMM-Plus) hosted by Cambodia. He thanked the Chinese government and people for always contributing to the development of Cambodia. 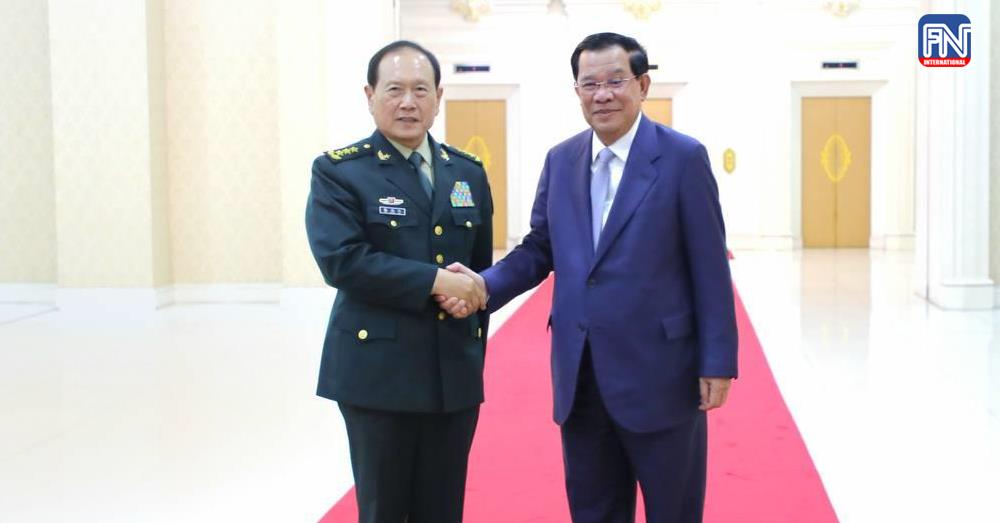