Phnom Penh (FN), August 24 – Prime Minister Hun Sen said in a post on his Facebook page that another Vietnamese national with the account name of Bao Lam have posted comments on the premier’s page and strongly attacking him over the problems that his country has with another country.

However, the premier replied that the dispute that the country has with the other should be resolved peacefully among those countries in conflict and Cambodia must not be involved.

“A Vietnamese with the name of Bao Lam have posted comments on my page and strongly attacked me over the problems that his[the Vietnamese’s] country has with another country. I told him that the countries in conflict should solve the problems peacefully among themselves and should not engage Cambodia in the conflict,” Prime Minister Hun Sen on the Facebook page.

“For me, I am faithful to my nation, my King and my own wife. I also asked him if the wording has used in the Facebook page came from himself or from the Vietnamese leaders,” the premier added.
=FRESH NEWS 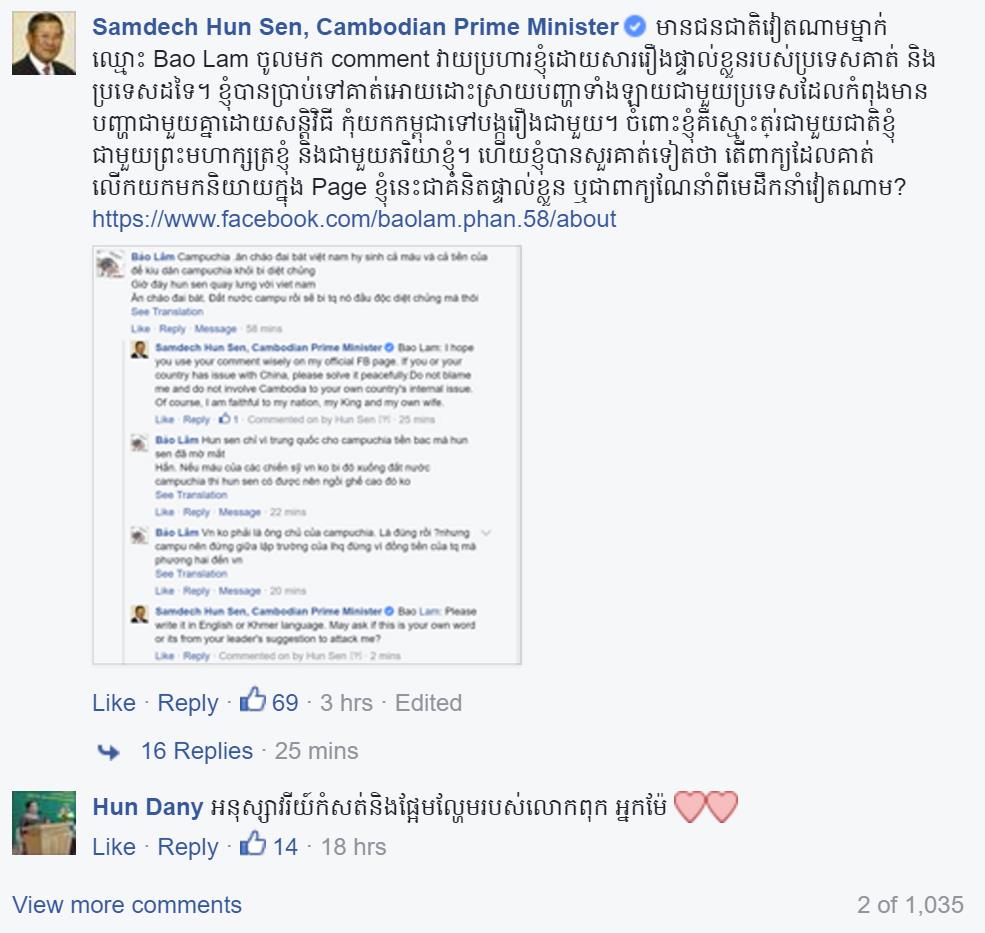