The European Mediterranean Seismological Centre said the epicentre was northeast of Rome, near Norcia in Umbria, while the US Geological Survey (USGS) put the magnitude at 6.2.

"It was so strong. It seemed the bed was walking across the room by itself with us on it," said Lina Mercantini, of Cesalli, Umbria.

As dawn broke, emergency services and residents were scrambling to rescue people trapped under the ruins of razed old buildings, digging with shovels, bulldozers and even their bare hands to reach survivors. 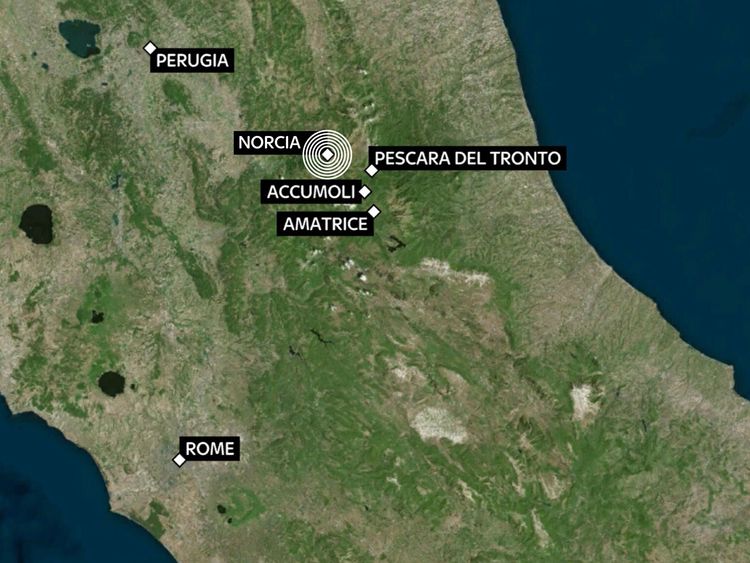