Due to earthquake which rocked Myanmar at 05:04 p.m. local time, one man and one women died in Pakkoku township in Magway region when a tobacco processing factory collapsed and two young girls aged 7 and 15 also lost their lives in Yenanchaung township, according to local Information and Public Relations Department.

It was felt in varying degrees by virtually everyone in the country, officials said, adding that evaluation of the damage is still underway.

With an epicenter 197.9 km southwest of Mandalay and 19.3 km west of Chauk, the quake jolted most parts of the country including Nay Pyi Taw and Yangon, according to the country's Meteorology and Hydrology Department.

The quake, the strongest among the 26 quakes that have rocked the country since January 2016, shook buildings and damaged electricity supply in many parts of the country, according to residents of quake-hit areas.

Moreover, initial reports said parts of the building of the House of Nationalities in Nay Pyi Taw was found cracked.

The quake emanated from a depth of 84 km, according to the U.S. Geological Survey (USGS).

Myanmar's Department of Relief and Resettlement has alerted the people in quake-hit areas to be aware of the follow-up small quakes.

The powerful quake was also felt in neighboring Bangladesh and several Indian states including West Bengal, Bihar and Assam, with thousands of panic-stricken people rushed outdoors following the jolts that lasted for seconds. 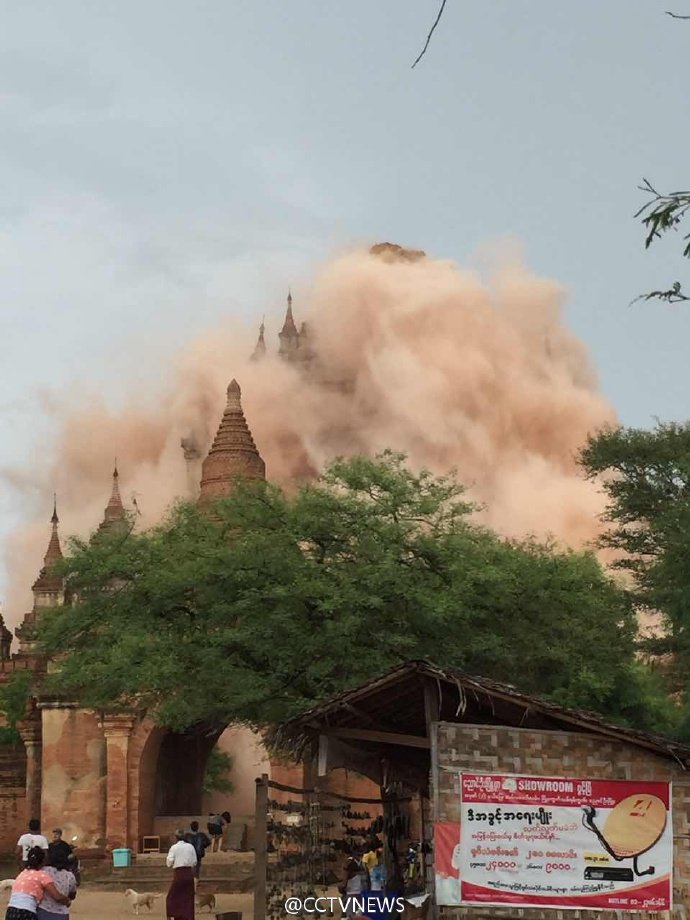