Phnom Penh (FN) – August 26 – Ten Cambodian workers who had spent times in Bukit Jalil prison in Malaysia and were then released from the prison in early August have all been repatriated home under the intervention by Cambodian Embassy in Malaysia and the International Organization of Migration (IOM), a press release issued by the Foreign Affairs Ministry today, August 26, 2016, said.

At the instruction of Senior Minister, Minister of Foreign Affairs and International Cooperation Prak Sokhonn, the ten Cambodian workers were repatriated to Cambodia on August 24, 2016 on Flight MH762. Six of the ten were original residents of Tbong Kmum province, two of Kampong Cham, one of Kampong Chnnaing and one of Phnom Penh, according to the press release.. 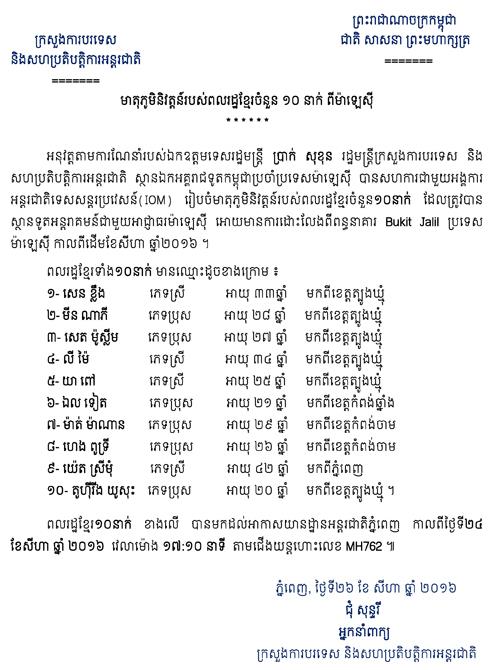