CANBERRA, Aug. 29 (Xinhua) — The Australian government's proposed public vote on whether or not same-sex marriage should be legalized in the country has all but been defeated after minor party Nick Xenophon Team (NXT) confirmed it would not vote in favor of sending Australians to the polls.

NXT, which has one seat in the House of Representatives and three seats in the Senate, has announced it would block the legislation to allow a publicly voted plebiscite on the issue as it would be a waste of money and could marginalize the LGBTI community in Australia.

The NXT "no' vote" would be enough to block the legislation after the  Labor Opposition announced it too would not support a public vote over a free, MP vote in Parliament.

NXT leader Nick Xenophon said it should be up to the MPs to take on the responsibility as it was what they were voted in to do.  He said that even if a plebiscite goes ahead and is passed by the Australian public, Parliament has the power to overrule the decision.

"This is a matter the Parliament can and should decide on as a free vote of all members and Senators," an NXT statement, released on Monday, said.

"In our representative democracy we are paid to make decisions on behalf of Australians who have voted us into office. This is a decision the Parliament should make now."

"The plebiscite, which in any event could be disregarded by the Parliament, could be in the order of 120 million U.S.dollars or more. We believe this money could be better spent. "

"Each of us supports marriage equality and we are ready to vote accordingly."

NXT's statement comes after the Labor opposition also said it would block the legislation which would give the plebiscite the go-ahead. Opposition Leader Bill Shorten lamented the high expected cost of the public vote and said Turnbull's Liberal government would "stuff it up". 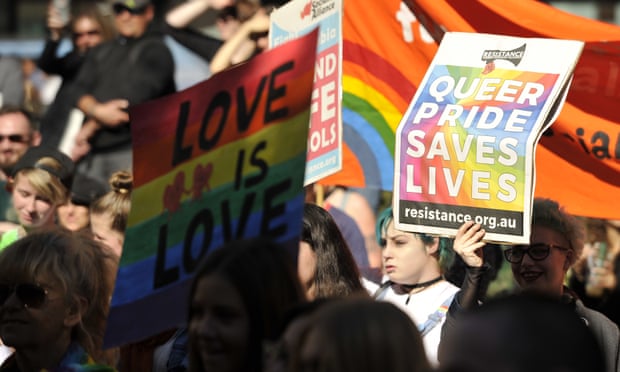