Opposition Party Leaders Face New Summonses One After Another

PHNOM PENH (FN), August 29 – A new court summons for deputy president of the opposition Cambodian National Rescue Party Kem Sokha was posted by the local authorities of Khan Tuol Kork today, August 29, 2016 on the wall of his residence for the deputy party leader to show up in a court hearing at 8:30 am, September 9, 2016.

It should be recalled that in the morning of August 24, 2016, police of Khan Tuol Kork delivered to Sokha’s residence and posted on the wall a curt warrant notifying him of the closure of the court investigation and that the case of Sokha being charged of “refusing to appear” in the court has been forwarded to the hearing judge for further actions.

In a separate event, another leader of the opposition party, the self-exiled CNRP president Sam Rainsy was also summoned by the court to appear on 25 November, 2016 at 8:00 am, according to a warrant issued by Phnom Penh Municipal Court deputy prosecutor Sieng Sok on August 23, 2016 and made available to Fresh News today.

According to the warrant, Mr. Rainsy would have to appear in the court for a hearing on “being an accomplice in falsifying public documents, using false public documents and instigating serious public disorder committed on August 12-13, 2015.”
=FRESH NEWS 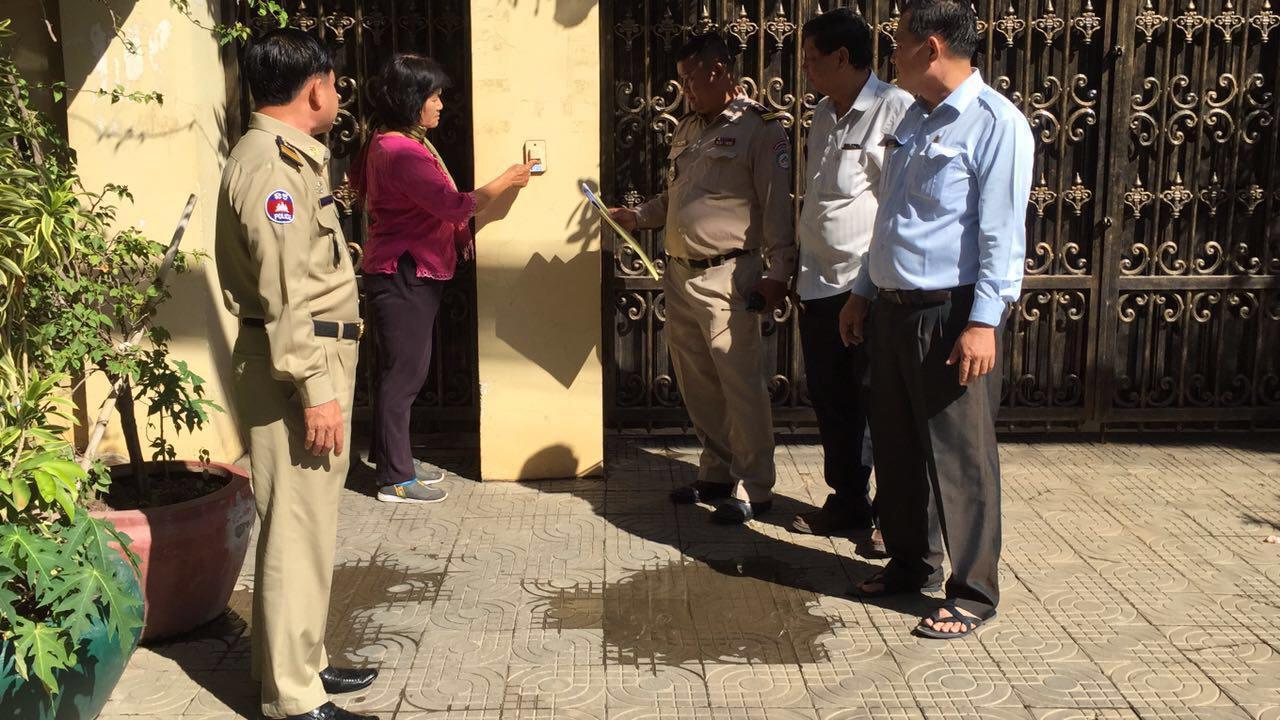 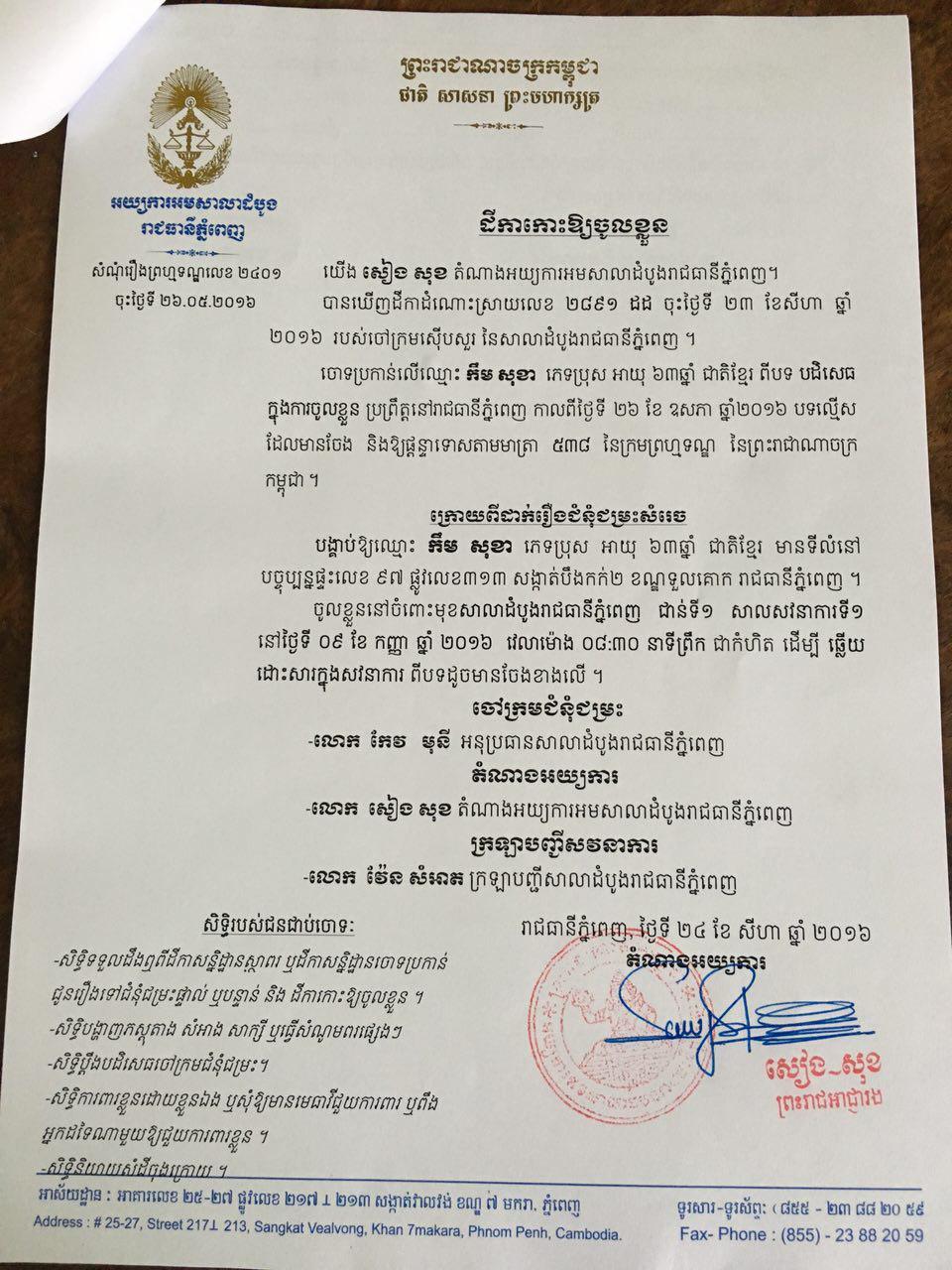