(BISHKEK): A car driven by a suicide bomber on Tuesday (Aug 30) exploded after ramming a gate at the Chinese embassy in the capital of ex-Soviet Kyrgyzstan, wounding three people, the healthcare ministry said.

A source at the Bishkek police told AFP that the Mitsubishi Delica car smashed a gate on the embassy before blowing up in the centre of the compound close to the ambassador's residence.

Another source with the Central Asian nation's security service said that an "explosive device" had been placed inside the vehicle.

Local medics said the driver of the car was killed while two Kyrgyz embassy staff and a woman were lightly wounded in the blast.

Local residents told AFP that the blast had blown in their windows and caused their houses to shake.

Employees from the Chinese and nearby American embassy were evacuated, the Kyrgyz emergency service said.

Images circulating on social media show a plume of smoke rising in a part of Bishkek, the Kyrgyz capital and shattered pieces of concrete. 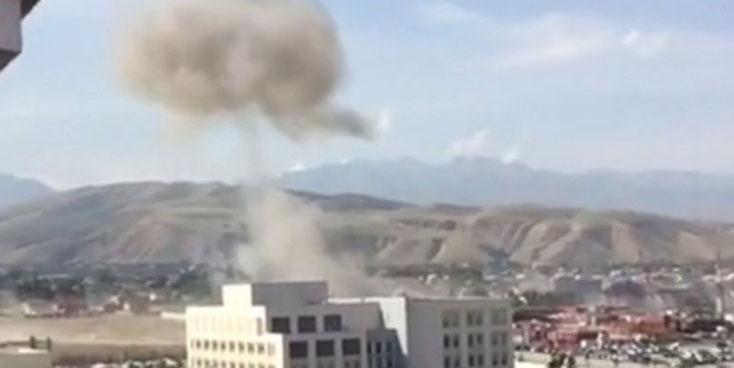