PHNOM PENH (FN), August 31 – In response to a statement by Cambodia Ministry of Foreign Affairs issued a few days ago, Vietnam Foreign Ministry, on August 30, 2016, officially said it was not involved in nor was it supporting the acts by a number of Vietnamese Facebook users that attacked and insulted Prime Minister Hun Sen via his Facebook page.

In a statement Fresh News received a moment ago, Le Hai Binh, spokesperson of Vietnam’s Ministry of Foreign affairs said “the fact that a small group of people considered to be Vietnamese having expressed their personal opinion in the social media, Facebook, does not reflect the opinion of Vietnam. We do not support any exercising of freedom of expression to insult individuals nor to demonstrate any extreme behavior that would instigate a break-apart of the good sentiment between people of the two countries.” 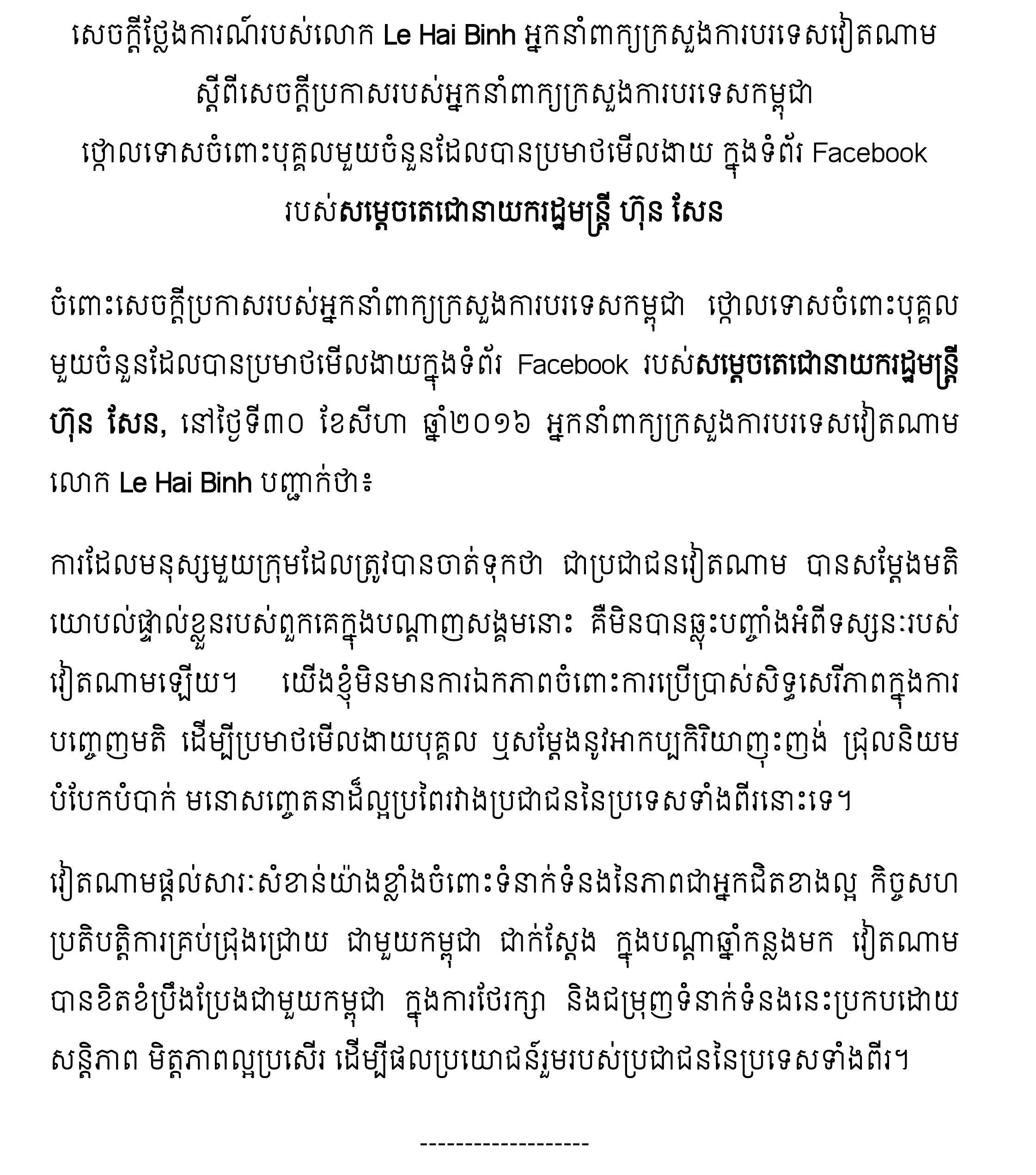