PHNOM PENH (FN), August 31 – At their request, five of Cambodian youth intern workers who were sent to work in Japan later last year requested to return home after they felt that they could not go on with their works. According to an announcement by spokesperson of the Ministry of Foreign Affairs on August, 31, 2016, the five arrived home on August 25, 2016.

Senior Minister, Minister of Foreign Affairs and International Cooperation had instructed Cambodian Embassy in Japan to coordinate with relevant labor firms to arrange for the five Cambodian workers to return to Cambodia, according to the announcement.

With the intervention by the Embassy, the labor firms (the one that dispatched the workers and the one that admitted them) agreed to purchase air tickets for the five to fly back home.

The five intern workers were sent to Japan on 27 December 2015 by the labor firm KOKE Human Service to work on wooden-house construction in Aichi Saitama and Gunma provinces.
=FRESH NEWS 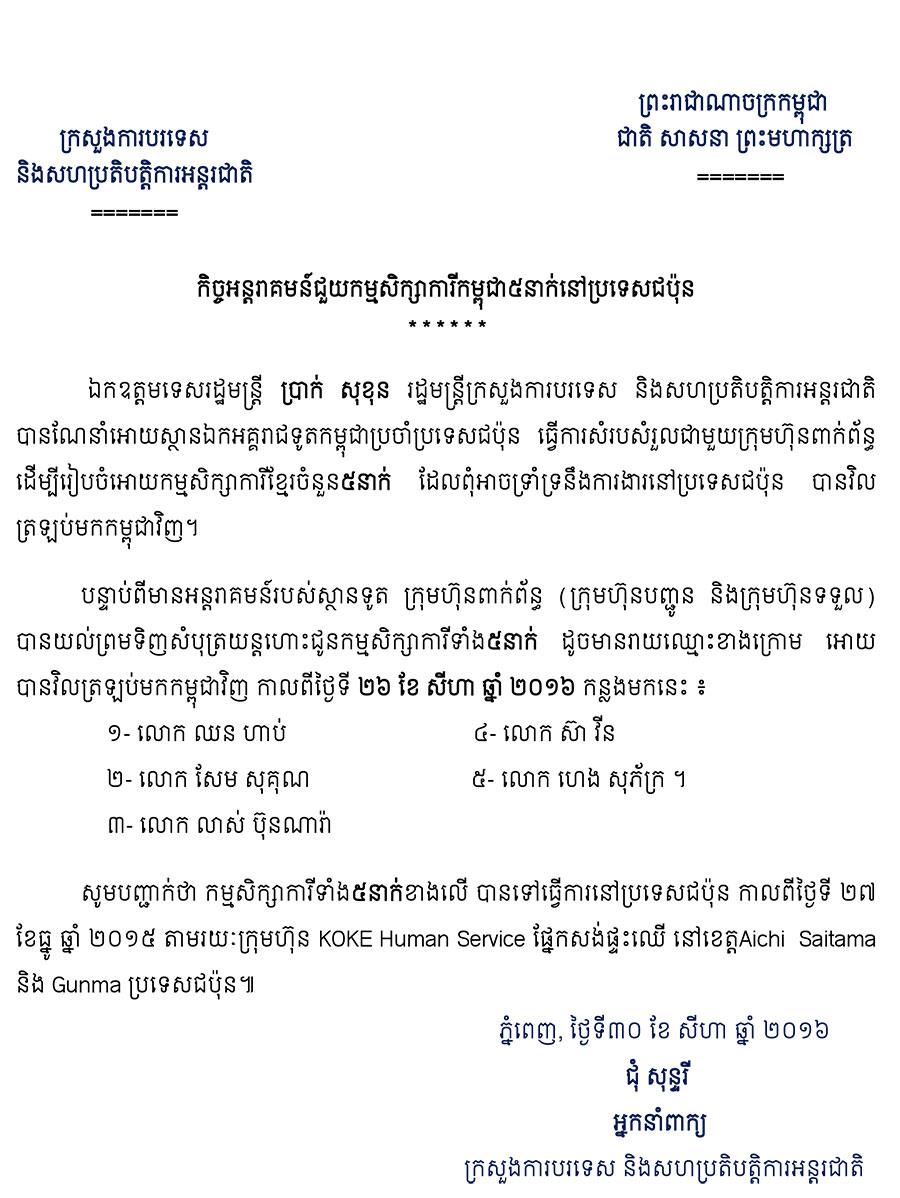