JAKARTA, Sept. 2 (Xinhua) — Indonesian authorities are making serious response to the spread of Zika virus in Singapore by issuing travel advisory for pregnant women planning to travel to the neighboring country.

Thermal scanners were installed in seaports and airports to take the temperature of people entering the nation from Singapore. Each passenger traveling to Indonesia from Singapore would be given health alert card in airport gates.

"The official order has been issued for all health offices in seaports and airports used as the gates for foreigners to enter the nation to intensify their surveillance and monitoring efforts, " Mohammad Subuh, director general for Disease Prevention and Control section at Indonesian Health Ministry, said on Thursday.

The travel advisory was issued on Wednesday following development of Zika virus infection in Singapore, where the total number of Zika infections is over 150.

Zika virus was identified of responsible to stimulate microcephaly abnormality for the born babies.

Subuh advised people to remain alert on the presence of Zika virus, particularly for pregnant women.

Efforts to minimize the sprawling of mosquitos should be intensified as one of the prevention measures, he said. 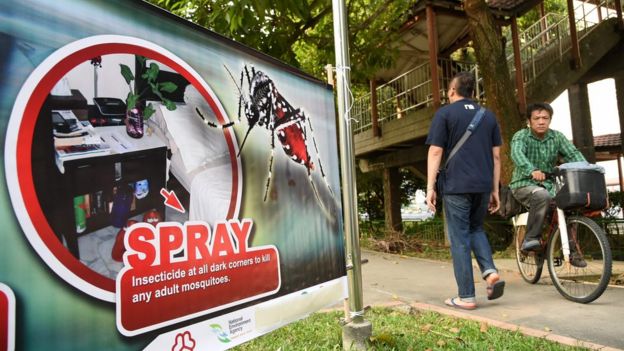