PHNOM PENH (FN), September, 2 – While informing the public of new cases of Zika found in other ASEAN countries respectively 151 cases in Singapore; two cases in Vietnam; 97 in Thailand; one in Malaysia and two cases in Laos between 2012 and 2015, the Ministry of Health said Cambodia had seen only seven cases between 2017 and 2010 and they have all been successfully treated with no new cases detected as of the present.

However, the ministry called on the Cambodian public to take precaution against the disease with the following instructions: “Precaution against Zika is similar to what we should do against Dengue fever and that is to avoid being bitten by mosquitos and destroy watery habitats for mosquitos.

“I would like to call on the local authorities as well as local communities to work together to get rid of mosquito habitats, wearing long-sleeve shirts and trousers and make sure to sleep properly in anti-mosquito nets. Once anybody has a suspicious problem, just go to closest referral centers,” said Minister of Health Mam Bunheng in an announcenet.

In the meantime, Minister of Tourism Thong Khon also called on Cambodians who are to visit Singapore to take precaution when visiting that country, noting that detected Zika cases in Singapore over the last few days have sharply increased with up to 31 more cases found in just a single day of Thursady, September 1, 2016.
=FRESH NEWS 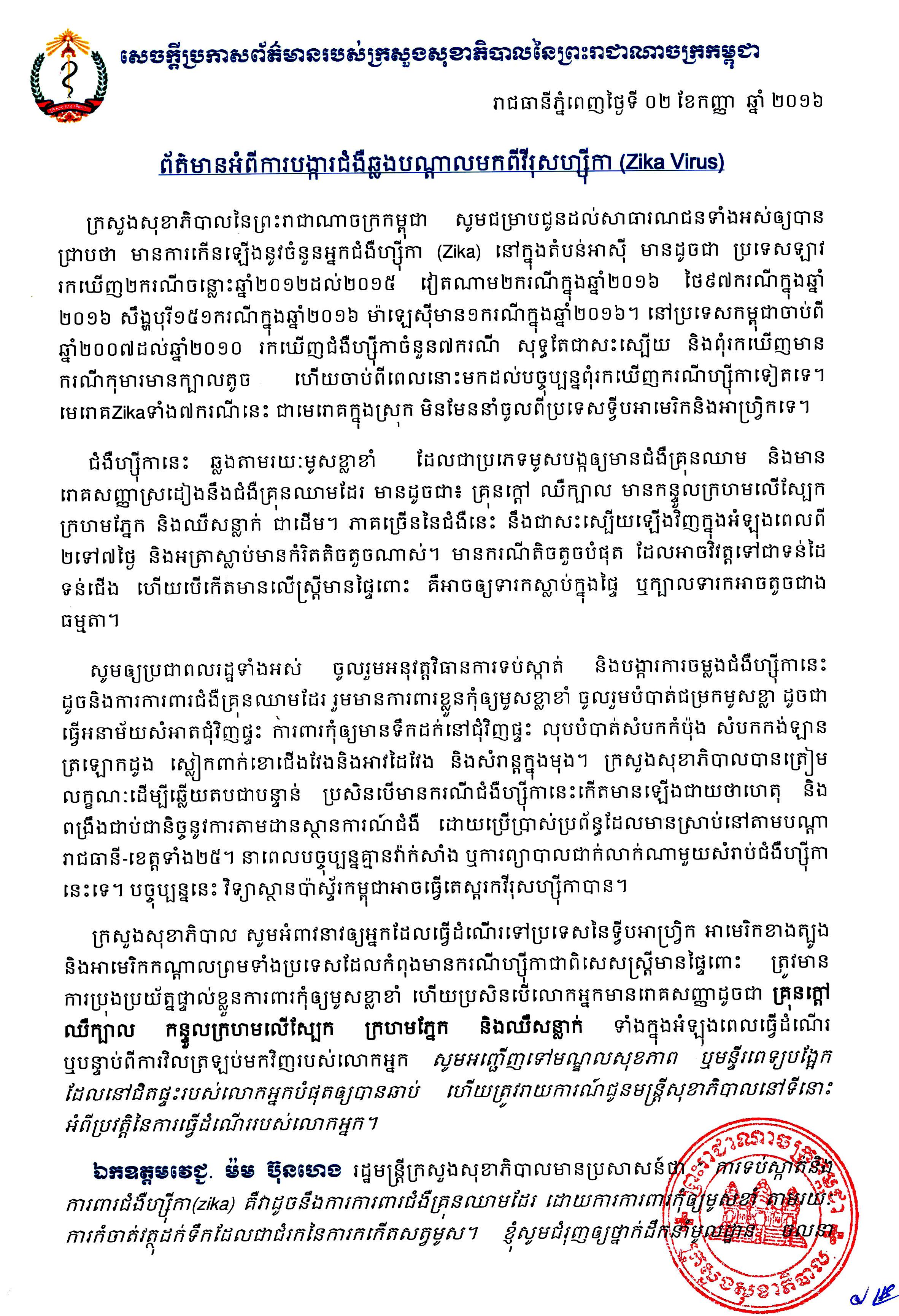