MANILA, Sept. 2 (Xinhua) — The World health Organization has called for a massive public education campaign to stop mosquito-borne Zika virus from spreading, a WHO spokesman said on Friday.

Eloi Yao, WHO regional public information officer, told Xinhua in an interview that there is no vaccine yet to prevent Zika, adding that the best way to prevent diseases spread by mosquitos is to protect the people from mosquito bites.

Yao stressed the need to inform the people on potential risks and appropriate measures to reduce the possibility of exposure to the virus through mosquito bites and sexual transmission.

"The reason why it is spreading so quickly is because the vector is a mosquito that can be found anywhere," Yao said, adding the best way to prevent the spread is to destroy the places where mosquitos can breed and to make sure that people — particularly pregnant women — have information on the potential harmful consequences of the disease.

Based on the existing evidence from the current Zika virus outbreak, Yao said it is known that this virus can spread internationally and establish new transmission chains in areas where the vector is present.

Yao said WHO expects that "the spread of (the virus )will continue."

"The WHO is asking the people and the governments of its member-states to be very vigilant now and put in place some surveillance system to detect cases and to continue vector control, " he said.

"It is also vital that the population are informed about the Zika so that they can be aware of how you get it and what to do and then the difference between Zika and other similar diseases like dengue, yellow fever, chikungunya. So information will be key for the population."

Yao said that the WHO has been concerned over the rate the Zika virus is spreading since day one.

In fact, he said that the WHO's emergency committee on Zika virus has already met three times in Geneva to assess the steps that can be done to prevent the spread of the virus.

"There is an assessment that is on all the time," he said, adding that WHO is working with all its partners, including scientists and academic institutions to study the virus and try to see what type of solution can be found so that the instances of the disease can be reduced.

Yao said the Southeast Asia is especially a concern mainly because of population density and climate, adding that Singapore has been largely effective in controlling the spread of mosquitos.

The Aedes mosquito that carries the virus breed in fresh water and even a small amount is enough to breed the mosquito. Mosquitos thrive in Southeast Asian countries where there is usually a prolonged rainy season, according to experts, due to urban density and flows of migrant labor from across the region.

Yao said Zika virus is a climate sensitive disease and its vector dynamics are strongly influenced by environmental factors, population dynamics and climate. Singapore, for instance, is a case in point, he said, adding that many workers from neighbouring countries go there to look for employment.

The WHO said 72 countries and territories have reported evident of Zika virus transmission since 2007. The data showed that Zika cases started to increase in 2012 and further ballooned in 2015.

Starting in November 2015, the data showed that more and more cases have been reported until August this year. Singapore and British Virgin Islands were the latest countries and territories that reported Zika virus infection, according to the WHO situation report.   "Overall, the global risk assessment has not changed," the report said. 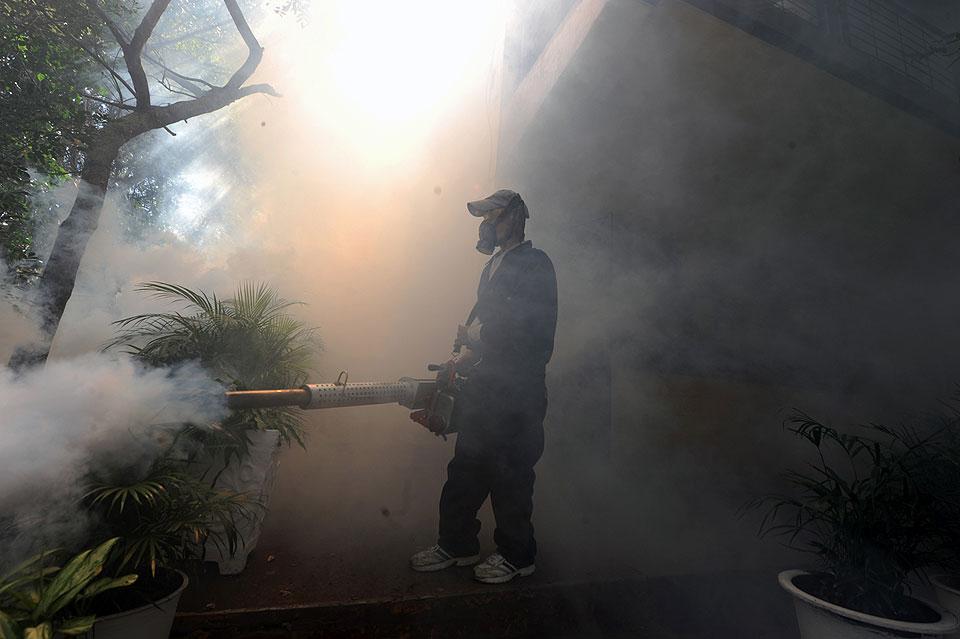