TOKYO, Sept. 3 (Xinhua) — A powerful typhoon is making its way in a north-northwesterly direction over the Pacific Ocean in the southwest region of Amami, an island chain comprising the Satsunan Islands, and is expected to make landfall in the Kyushu region in Japan's southwest by Sunday, the Japan Meteorological Agency (JMA) said Saturday.

According to the weather agency, Typhoon Namtheun, the 12th of the season, will bring heavy downpours and strong gusts along its current trajectory from 130 km south of Yakushima Island, one of the Osumi Islands belonging to Kagoshima Prefecture - the southern tip of Kyushu - where as of 9:00 a.m. local time the typhoon was located.

Precipitation in Kyushu could reach as much as 80 mm per hour ahead of Typhoon Namtheun making landfall, and rise to as much as 300 mm in some areas in the region, the JMA said.

The JMA added as of its latest advisory, the typhoon is moving at a relatively slow speed of 15 km per hour (kph) and has warned that wider areas in Japan could be affected if the storm takes on an easterly trajectory, as it has been showing signs of.

The relatively slow movement of the storm means that the affects, including torrential downpours, which could lead to wave surges, landslides and floods, could be protracted in areas the typhoon passes over, the weather agency said, drawing a distinction here between previous typhoons that passed over Japan at a quicker pace so far this season.

Prior to Typhoon Namtheun, a powerful typhoon battered swathes of east, northeast and northern regions of Japan from Tuesday and was the first to make landfall in the Tohoku region in Japan from the Pacific Ocean since record keeping began.

The death toll in the wake of Typhoon Lionrock stands at 16, with this figure expected to rise as people still remain unaccounted for, with searches continuing for at least four people still missing in Japan's northernmost prefecture of Hokkaido. 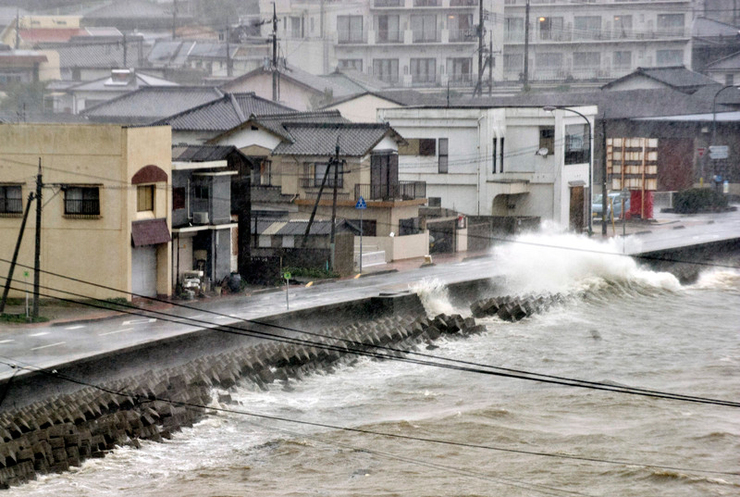