MANILA, Sept. 5 (Xinhua) — Police have taken into custody a male "person of interest" who may be involved in Friday night's blast that killed 14 people and injured nearly 70 others, Sara Duterte, mayor of Davao City Mayor of Philippines, said on Monday.

"He was there in (the night market along) Roxas (Avenue). The witnesses identified him, and he was taken up for questioning," said Duterte, daughter of President Rodrigo Duterte, in an interview with ABS-CBN News Channel. She did not identify the person in police custody.

She stressed that the nobody has been arrested or formally accused in connection with the terror attack on a Davao City night market late Friday night.

She also announced that the city government has come with a 2-million-peso (42,900 U.S. dollars) reward to anybody who can give "credible information that would give the name and the whereabouts of the suspect and who can deliver the suspect to the Davao City police."

"We want him alive because we want to talk to him about the reason (for the attack) and who are the participants in this terror act," she said.

Davao Police chief Michael Dubria told a news conference over the weekend that police investigators are pursuing three or four "persons of interest" who were reportedly seen by witnesses in the area before the carnage.

He said the perpetrators used a cellphone-triggered improvised mortar in the terror attack. 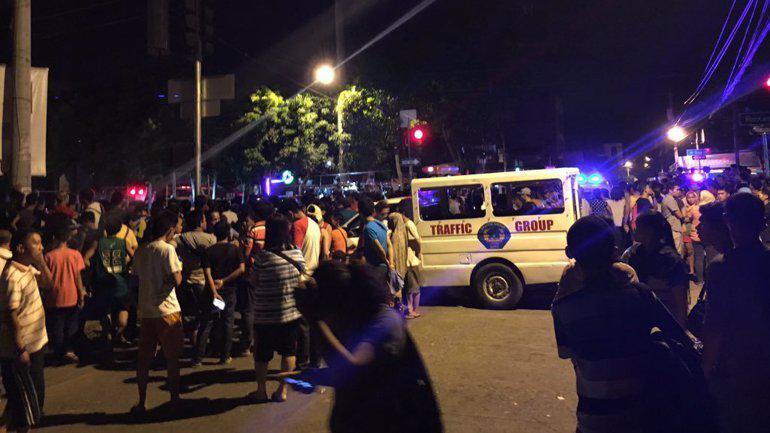